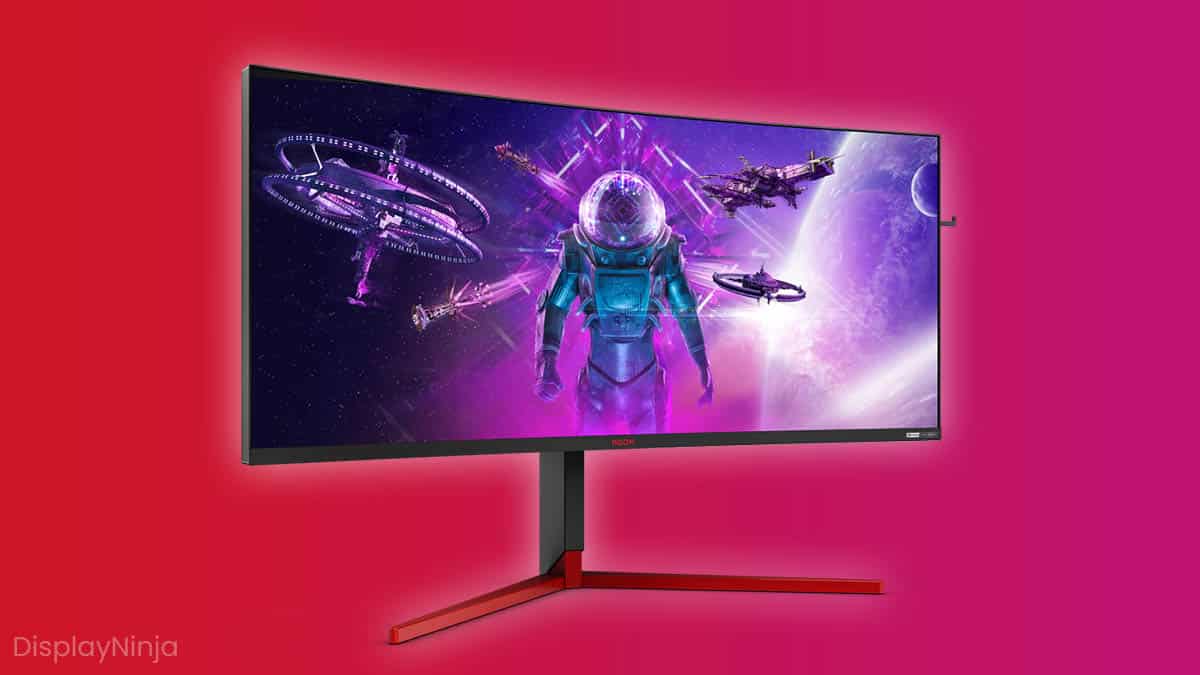 Deciding whether a G-SYNC monitor is worth it depends on many things, including what’s your PC configuration and budget, what FreeSync monitor alternatives are available and what resolution/refresh rate you’re interested in, among other things.

In contrast, AMD’s FreeSync and NVIDIA’s G-SYNC Compatible technologies do not increase the cost of the monitors as they’re based on royalty-free Adaptive-Sync protocols of HDMI and/or DisplayPort.

Additionally, just like G-SYNC, Adaptive-Sync provides you with a variable refresh rate for tear-free gameplay, but usually, the supported VRR range is narrower and the overdrive implementation is not as good.

Of course, there are exceptions.

Some FreeSync/G-SYNC Compatible monitors have just as wide VRR range as G-SYNC models as well as flawless overdrive implementations, which is why there’s no simple answer to the question: is G-SYNC worth it?

Generally, most G-SYNC monitors are not worth it.

In many cases, for the extra price you’d have paid for a G-SYNC monitor in comparison to its Adaptive-Sync counterpart, you could simply buy a better display with FreeSync/G-SYNC Compatible.

Sure, it wouldn’t have a G-SYNC module, but it might have a higher resolution, a faster refresh rate, or a higher-quality panel, which would provide you with an overall better gaming experience than G-SYNC.

Here are some examples.

Is it worth it?

No — because at that price range, you can get a 1080p 240Hz IPS gaming monitor with FreeSync/G-SYNC Compatible, which would provide you with a significantly better image quality and smoother performance.

Well, since it’s mostly competitive gamers who pick 240Hz displays, G-SYNC is not worth the extra ~$150 as they usually prefer to play with uncapped frame rates (over 240FPS which disables VRR) for minimal input lag.

At such high refresh/frame rates, screen tearing is barely visible, too. And if they want to play some more demanding games as well, regular VRR will do just fine here as most 1080p 240Hz IPS models have excellent overdrive implementations and a wide enough dynamic range to support LFC (Low Framerate Compensation).

A lot of competitive FPS gamers also prefer a good implementation of Motion Blur Reduction to VRR, such as that of the ViewSonic XG2431.

For instance, the Acer Aopen 25XV2QF with FreeSync is not only 200 cheaper than the G-SYNC variants, such as the Dell AW2521H – it also offers better MBR implementation and an overclockable refresh rate of 390Hz, all while having just as good image quality, pixel response time and VRR performance!

Another good example is the Acer XB271HU 1440p 144Hz IPS gaming monitor with G-SYNC, which goes for ~$500. For the same price, you can get the MSI MAG274QF-QD with a newer IPS panel that boasts a wider color gamut and a faster response time speed.

Dell’s model offers a slightly better HDR image quality, but it also has some downsides. It lacks an sRGB mode, DSC and MBR — all of which is supported by the M27Q-X at a much lower price!

If you want a 4K gaming monitor, there are only a few models to choose from (both with and without G-SYNC) and they all have their advantages and disadvantages.

27″ – 28″ models with mini LED backlights and FALD are yet to be released, such as the Cooler Master GP27-FUS with FreeSync and the ASUS PG27UQX with G-SYNC. So, we’ll have to see how both of them compare in terms of performance, image quality and pricing.

Related:New Monitors In 2022: What To Expect

There are the old ASUS PG27UQX and Acer X27 4K 144Hz G-SYNC models with 384-zone FALD backlights which can be found for ~$1,200. However, we recommend waiting for the newer mini LED models as they’ll be better and around the same price.

When it comes to 32″ models, there are no G-SYNC models without expensive FALD systems. So, if you want a mainly SDR 32″ 4K 144Hz gaming monitor, you can get an excellent and affordable FreeSync model, such as the Gigabyte M32U.

As for the FALD models, there are the ASUS PG32UQX and the ViewSonic XG321UG G-SYNC monitors with 1152-zone mini LED solutions. Sadly, they’re terribly expensive ($2,500) and have a few major flaws, such as subpar pixel response time and lack of HDMI 2.1.

The upcoming G-SYNC models, such as the ASUS PG32UQXE, will feature faster response time and HDMI 2.1. They’ll also be cheaper ($2,000) but have fewer dimming zones (576). The FreeSync variant, the Acer X32 FP features similar specifications at an even lower cost ($1,800), but we’ll have to see both models in action to determine just how necessary the G-SYNC module is.

Finally, larger 4K gaming monitors are only available as FreeSync variants, such as the Gigabyte Aorus FV43U.

The Dell Alienware AW3423DW is currently the only QD-OLED gaming monitor and it features a G-SYNC module, so if you want the best gaming monitor, G-SYNC is definitely worth it in this case.

However, Samsung and MSI are set to release monitors based on the same panel without the G-SYNC module, though the release date and pricing are unknown at the moment.

The lack of the module will allow Samsung/MSI to address some shortcomings of the AW3423DW, such as the audible cooling fan and lack of DSC support. It should also be cheaper, but the variable refresh rate performance might not be as good.

In case you’re interested in a larger ultrawide monitor, the Dell AW3821DW 38″ 3840×1600 144Hz model with G-SYNC is actually more affordable than the inferior FreeSync models, so it’s what we recommend. As for the 49″ super-ultrawides, you’ll have to settle with FreeSync models, such as the Samsung Odyssey G9 and Neo G9 since there are no G-SYNC equivalents.

As you can see, whether G-SYNC is worth it mainly depends on what resolution and refresh rate you’re interested in, what kind of panel or features you prefer, as well as on your budget and PC configuration.

The examples above should give you an idea of when it’s worth it or not, but feel free to leave us a question below if you’re not sure which monitor to get!

What Is Overdrive On A Monitor And How Do You Turn It On And Off?