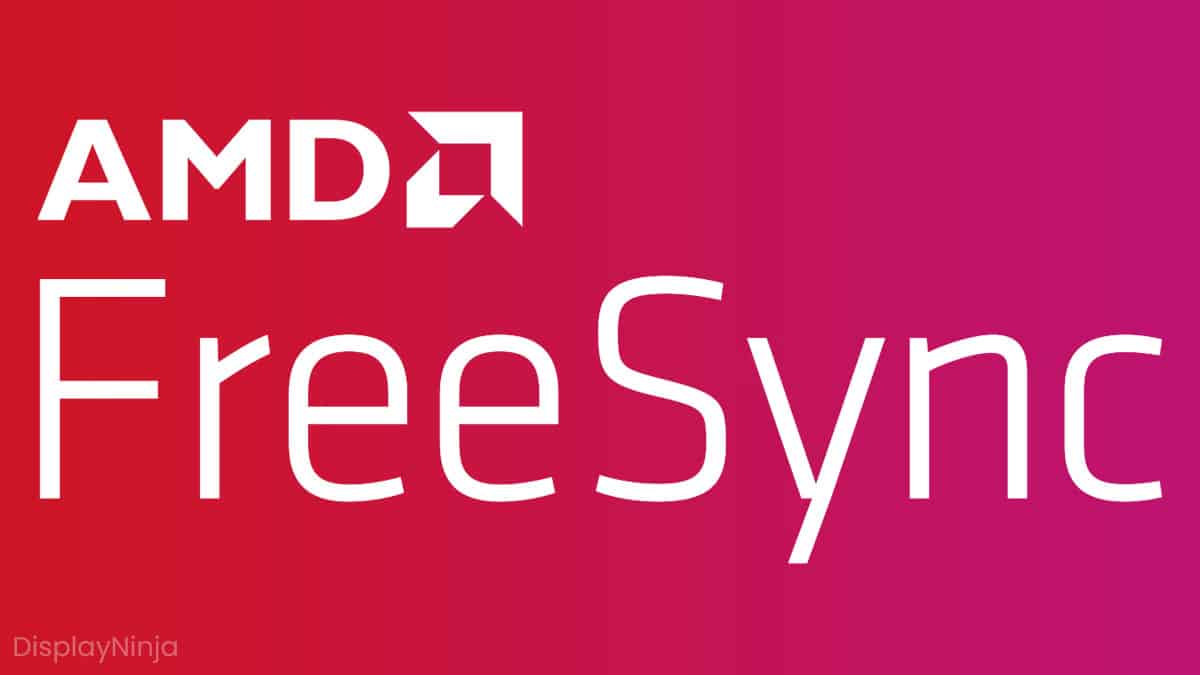 As a result, screen tearing and stuttering are eliminated within the supported variable refresh rate range of the display.

AMD Radeon FreeSync technology provides a variable refresh rate (VRR), which allows the refresh rate of a monitor to change dynamically and in synchronization with the frame rate of a graphics card.

FreeSync is based on VESA’s Adaptive-Sync protocols of the DisplayPort interface, which AMD later implemented over HDMI as well.

Keep in mind that Adaptive Sync and Adaptive-Sync (with space in-between or a hyphen) refer to the general variable refresh rate operation and protocols, whereas AdaptiveSync relates to VESA’s certification program regarding VRR performance validation.

With AMD FreeSync, you will not get screen tearing or visual latency, which you typically get from having V-SYNC enabled.

You can also use FreeSync with compatible Xbox consoles over HDMI and NVIDIA graphics cards (GTX 10-series or newer) over DisplayPort on FreeSync and G-SYNC Compatible monitors.

What Does AMD FreeSync Do?

In order to understand how FreeSync works and what it does, you need to know how a monitor and a graphics card communicate with each other to create an image.

In short, the GPU renders the frames and sends them to the display, which then refreshes those frames a certain number of times (60 times if it’s a 60Hz monitor, etc.) to create the picture.

However, sometimes the GPU will send excess frames to the display while the monitor is still displaying the previous refresh cycle. This creates screen tearing (picture above).

You can get rid of screen tearing by enabling the V-SYNC option in your drivers or video game settings.

V-SYNC forces the GPU to wait until the monitor is ready to display the next frame, thus eliminating screen tearing.

However, this introduces additional input lag, and if the card cannot render the frames before the next refresh occurs, it will be displayed again, which creates screen stuttering.

This is where FreeSync kicks in and makes the GPU and the display work in perfect harmony within a certain refresh rate range.

As long as you are within the dynamic refresh rate range of FreeSync, you will not experience screen stuttering, tearing, or a noticeable increase in input lag. If your FPS (Frames Per Second) dips below that range, though, FreeSync stops working.

The main problem here is that many FreeSync monitors have a narrow dynamic refresh rate range; for example, 48-75Hz or 40-75Hz instead of 30-75Hz for monitors with a 75Hz maximum refresh rate.

Some FreeSync monitors, however, feature the AMD LFC technology, which multiplies the refresh rate when your FPS drops below the lower end of the range, thus maintaining a smoother tear-free performance.

For example, if your FPS drops to 37 FPS, LFC will change the display’s refresh rate to 74Hz on a 75Hz monitor for smoother performance.

While G-SYNC displays have a dedicated module installed inside them, which significantly adds to the price of the monitor, AMD FreeSync adds no extra cost to the monitor.

Most G-SYNC monitors only support VRR when the monitor is connected to the GPU via a DisplayPort input, whereas most FreeSync monitors work over both HDMI and DisplayPort.

However, some newer G-SYNC gaming monitors actually support HDMI-VRR and Adaptive-Sync over DisplayPort and/or HDMI.

Lastly, G-SYNC monitors support variable overdrive which allows the display’s response time overdrive to change on the fly according to the frame rate.

As a result, you get no overshoot at low frame rates and no ghosting at high frame rates.

With FreeSync monitors, you have to manually alter the overdrive option for optimal performance, which can be a bit of an issue if your FPS often fluctuates in games.

Some FreeSync displays have well-optimized overdrive implementations where you can just use one overdrive mode across the entire refresh rate range, but this is rare, sadly.

There are three tiers of FreeSync:

First, there is basic FreeSync with a lower refresh rate than 120Hz and no LFC support.

As this is a relatively new branding, some monitors’ product pages may omit FreeSync Premium certification, but as long as the monitor has at least a 120Hz refresh rate and a VRR range of at least (2:1), for instance, 60-120Hz, it’s technically ‘FreeSync Premium.’

What Is Monitor Vignetting And Can You Fix It?