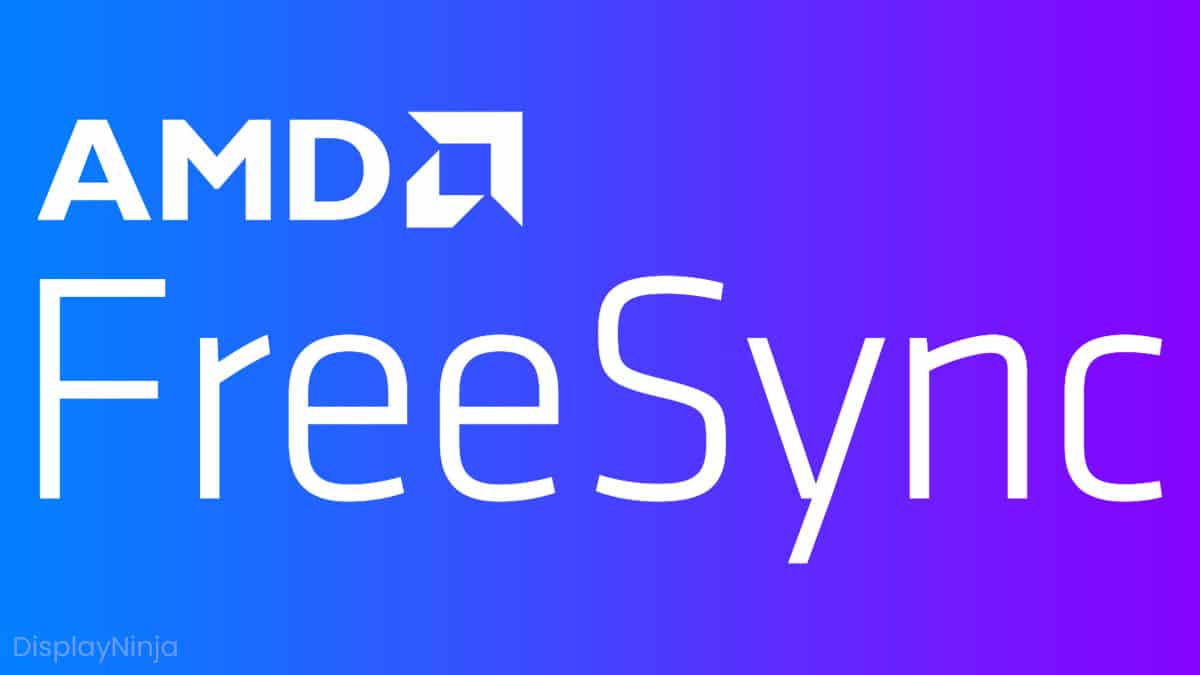 Since AMD FreeSync is based on VESA’s Adaptive-Sync technology, which is a free and open standard, it doesn’t increase the monitor’s price.

FreeSync can completely eliminate screen tearing and stuttering by providing you with a variable refresh rate if you have a compatible graphics card, so it’s definitely worth it.

Connecting a compatible graphics card to a FreeSync monitor allows the display to dynamically alter its refresh rate to match it with the GPU’s frame rate.

The result is a variable refresh rate (VRR) which eliminates all screen tearing, juddering and stuttering within the monitor’s supported dynamic range – and with minimal (~1ms) input lag penalty.

Most AMD cards support FreeSync (including all newer cards), and FreeSync can also work with select NVIDIA cards (GTX 10-series or newer).

However, not all FreeSync monitors will work equally well when using NVIDIA graphics cards.

NVIDIA has a list of all FreeSync monitors they’ve tested to work without issues, which they certify as ‘G-SYNC Compatible.’

Uncertified FreeSync monitors may work with NVIDIA cards too, but it’s not guaranteed.

Keep in mind that there are many uncertified FreeSync monitors that work perfectly fine, and that some certified models do have some issues.

So, it’s best to check monitor reviews for full information.

Unlike FreeSync, native G-SYNC support requires a dedicated module to be installed inside the monitor. This adds to the cost, but it also allows for a slightly lower input lag, a wider variable refresh rate range and variable overdrive.

When your FPS (Frames Per Second) drops below the lower end of the VRR range, the display will multiply its refresh rate to maintain smooth performance until the frame rate recovers.

This feature, called LFC (Low Framerate Compensation) by AMD, is not available on FreeSync monitors that have a narrow VRR range, such as 90-144Hz.

LFC support demands that the upper end of the VRR range is at least 2x the lower range. With a 50-100Hz range, for instance, LFC is supported, but with 51-100Hz, it’s not.

Moving on, NVIDIA includes the ULMB (Ultra Low Motion Blur) technology for most (not all) G-SYNC monitors.

This technology allows the user to enable backlight strobing for the monitor, which increases motion clarity, but it can only work at specific fixed refresh rates and not at the same time as G-SYNC.

However, some FreeSync gaming monitors offer motion blur reduction technology too, so you don’t have to rely on G-SYNC for that.

Some gaming monitors can even simultaneously run FreeSync and Motion Blur Reduction, such as the ASUS TUF VG259QM via its ELMB-Sync technology.

Further, G-SYNC monitors support variable overdrive, which allows the response time overdrive to dynamically change according to the refresh rate.

With FreeSync monitors, the selected response time overdrive option will remain the same regardless of the refresh rate.

This isn’t an issue if the overdrive is well-implemented and works equally well across the entire refresh rate range, but for most monitors, this sadly isn’t the case.

For instance, a gaming monitor might have three response time overdrive modes: Weak, Medium and Strong.

The Strong mode might push the monitor’s response time speed hard enough to eliminate all ghosting at 144Hz. However, if you enable FreeSync, and get a lower refresh rate, the ‘Strong’ mode may be too aggressive resulting in pixel overshoot (inverse ghosting).

In that case, you would need to change the response time mode according to your FPS. On some FreeSync monitors, the Normal mode will work great at both low and high frame rates.

With G-SYNC’s variable overdrive, you always get the optimal response time performance.

Finally, note that AMD FreeSync can work over both HDMI and DisplayPort, depending on the monitor, while G-SYNC only works over DisplayPort on most displays.

The G-SYNC Compatible mode also works over DisplayPort only.

So far, NVIDIA has allowed VRR to be used over HDMI (using NVIDIA GPUs) only on LG’s 2019 or newer OLED TVs and on certain high-end gaming displays such as the LG 38GL950G.

Some G-SYNC monitors also support Adaptive-Sync over DisplayPort allowing you to use variable refresh rate with AMD cards.

This usually isn’t declared by the monitor manufacturer, so once again, you’ll have to rely on monitor reviews for the information.

When Is A G-SYNC Monitor Worth It?

In a nutshell, if you’re looking for a budget setup, pairing a compatible graphics card with a FreeSync monitor will give you the best gaming performance for the money since even the cheapest G-SYNC monitor is rather expensive.

Moving on to the mid-range area, this is where the AMD route can save you a lot of money as a certain G-SYNC monitor can be up to $300 more expensive than a basically identical monitor with FreeSync.

Due to the lack of AMD’s high-end GPUs that could parry the performance of NVIDIA’s premium graphics cards, if you want the most impeccable gaming experience, you’d have to opt for one of the faster graphics cards by NVIDIA paired with either a G-SYNC monitor or a G-SYNC compatible FreeSync display.

If you have or plan on getting an AMD card (or a FreeSync-compatible NVIDIA card) and intend on using it for a while, then there’s no question whether you should get a FreeSync monitor as it’s definitely worth it.

Of course, if you want the absolute best gaming performance without any compromises, you should go for G-SYNC, but keep in mind that you will have to pay the premium for it.

What Is VESA AdaptiveSync and MediaSync?