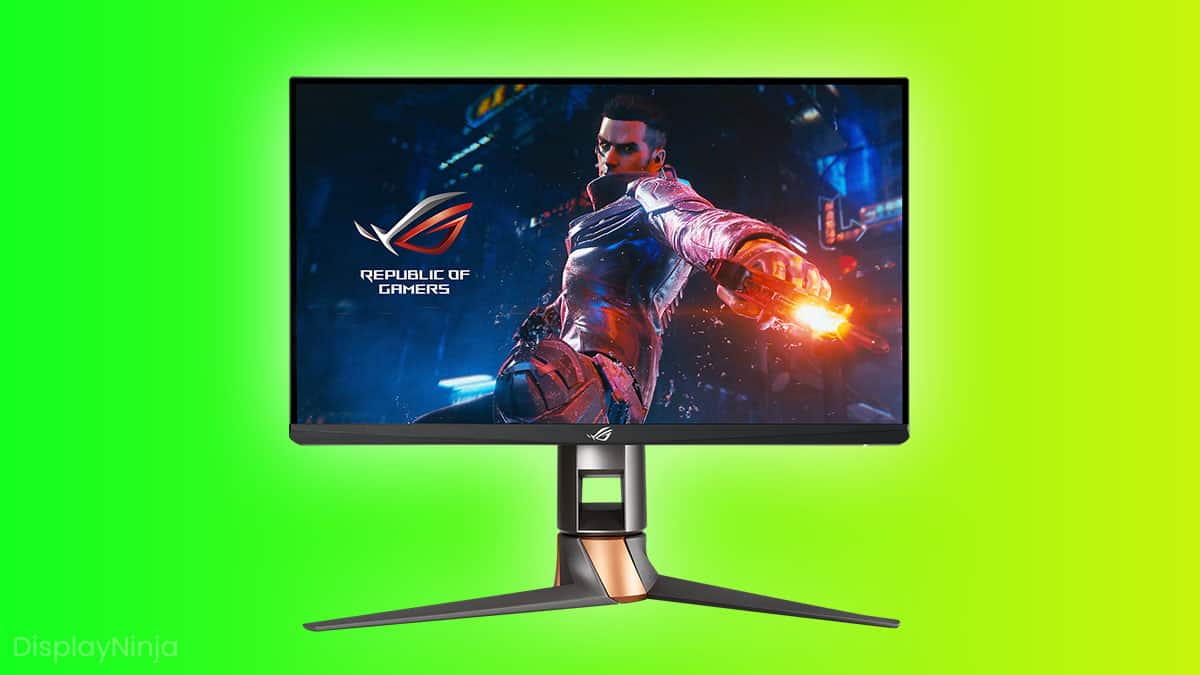 Gaming with V-Sync disabled can cause awful screen tearing. But then, enabling it introduces additional input lag, and if your GPU cannot keep up with your display’s refresh rate, you get screen stuttering. So, what other options are there?

If you have a gaming monitor with a variable refresh rate technology, such as FreeSync, G-SYNC or HDMI 2.1 VRR – and a compatible graphics card to pair it with, you can get rid of both screen tearing and stuttering at minimal input lag cost.

Alternatively, you can use NVIDIA’s Fast Sync or AMD’s Enhanced Sync technologies, which are basically improved versions of V-Sync.

In short, Fast Sync eliminates screen tearing even when your FPS (Frames Per Second) exceeds your monitor’s maximum refresh rate by showing the most recently completed full frame.

This increases input lag, but not nearly as much as V-Sync does.

Most gamers find that your frame rate should be at least twice the monitor’s refresh rate (the higher, the better) for Fast Sync to work optimally.

Opinions differ on whether Fast Sync should be used if your frame rate is lower than the monitor’s refresh rate, as well as if it should be used simultaneously with G-SYNC.

Furthermore, Fast Sync is known to introduce micro stuttering in certain games. In the end, it’s best to try different options for yourself.

How To Enable NVIDIA Fast Sync?

If your graphics card supports Fast Sync, you can enable it in NVIDIA’s GPU drivers settings. Under ‘Manage 3D settings’, go to ‘Vertical Sync’ and set it to ‘Fast.’ You should also disable V-Sync in the video games’ settings.

For Fast Sync, you will need a GeForce 900-series or newer NVIDIA graphics card.

If you have an AMD graphics card (HD 7000 or newer), you will find the Enhanced Sync option, which basically does the same thing as Fast Sync.

When your FPS goes over the max refresh rate, there will be no screen tearing, while the input lag cost will be tolerable as opposed to that of V-Sync.

In case your FPS dips below, you will experience screen tearing instead of stuttering, which is a welcome trade-off.

How To Enable AMD Enhanced Sync?

Under the ‘Graphics’ section of the AMD drivers application, you’ll find the Enhanced Sync option. You will need at least version 17.7.2 of AMD Radeon drivers.

Intel’s version of Fast Sync and Enhanced Sync is called Speed Sync for their dedicated Arc graphics cards. It functions the same way, and can be enabled in the Arc Control software.