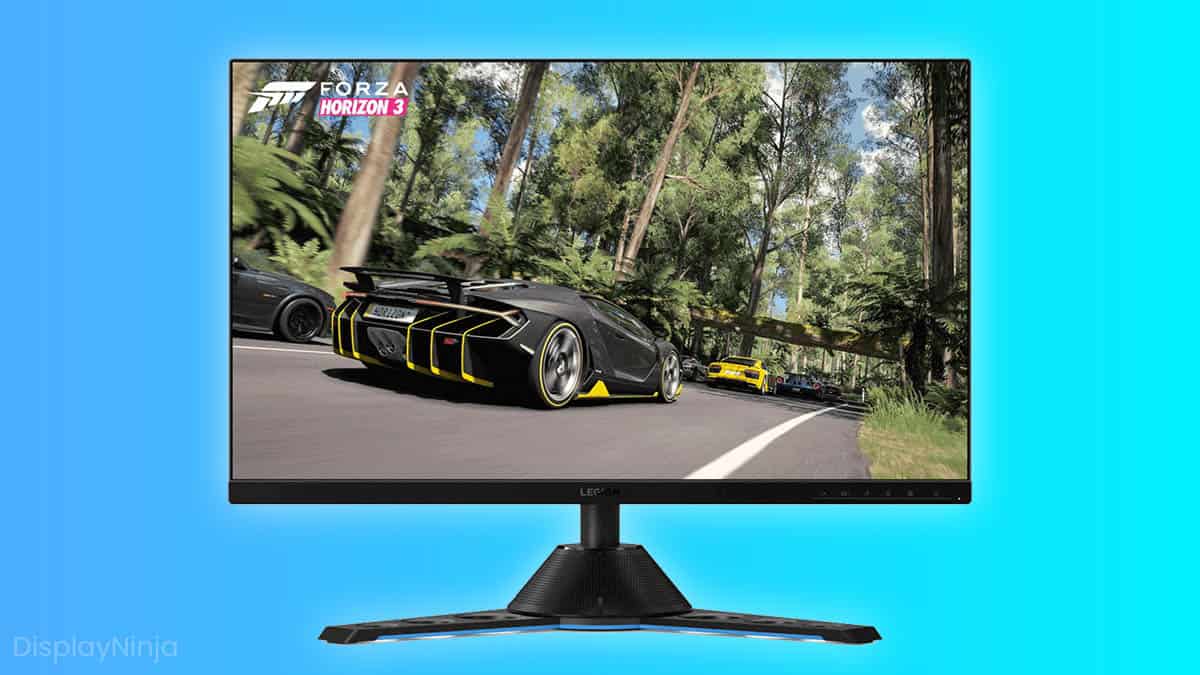 In this article, you will find the latest news regarding monitor panel development by the three biggest monitor panel manufacturers, which include LG, Samsung, and AU Optronics, as well as Innolux, BOE, and Sharp.

We’ll also add all new and exciting monitors that get announced. Feel free to bookmark this page to always stay on track with the latest monitor releases and news.

Keep in mind that the dates in the tables below imply when the said panel should go into mass production and that these dates may change.

For news regarding OLED monitors, check out our dedicated guide about OLED panels.

In the list below, we’ll keep the most looked-for upcoming monitors. The latest additions are in bold. To check out all recently announced or released displays, keep scrolling down!

We have yet to see more information regarding panel type, release date, pricing, and other specifications. We’ll update the article as soon as something new comes up. In the meantime, you can check out AUO’s page for additional information.

In short, miniLED panels are improved versions of LED-backlight displays with higher contrast ratio and faster response time speeds, whereas microLED is similar to OLED as it produces its own light but it’s also brighter and more stable.

BOE’s also working on their BD Cell technology, aiming to compete with OLED. It involves a dual-cell panel with ‘pixel-level backlight control’ that should bring 12-bit color depth support and a contrast ratio of up to 2,000,000:1. We’ll add more information regarding this technology and its development as it becomes available.

Now, some of the popular models, such as the AOC 24G2, have replaced the older PANDA LC238LF1F panel with the newer BOE MV238FHB-NG0 panel.

The newer 24G2 models using the BOE panel will have contrast ratio and brightness closer to the specified values, but slightly better pixel responsiveness.

Besides the AOC 24G2, it looks like the ASUS VG249Q and VP249QGR models also use the BOE panel.

As the situation develops, we’ll be adding which panel is used by which monitor in the table above.

Update: It seems that AOC went with the BOE panel due to panel shortages. Now, they’ll be discontinuing the models using the BOE panel, and start using the old PANDA panel again.

Below, you will find more information about new monitors by various popular manufacturers. Some of these monitors use the above-mentioned panels, but for most of them, it’s unknown what panel will be used. Click on the monitor manufacturer to jump to their models.

Although the XB323QK will be quite pricey (~$1,200), it’s still significantly cheaper than the X32 model yet it’ll offer an incredibly immersive and responsive SDR gaming experience.

The monitor will also support AMD FreeSync (will likely be certified as G-SYNC Compatible) and the new Acer VisionCare 4.0 technology that includes a built-in sensor, which automatically adjusts the brightness and color temperature according to ambient lighting and dims or turns off the display if no one is in front of it.

Another interesting monitor from Acer’s new XB3 series is the Predator XB273UNX.

Equipped with a dedicated G-SYNC module, the monitor ensures flawless VRR performance with compatible NVIDIA graphics cards. Just like the XB323QK model, it features USB-C with 65W PD and the new VisionCare 4.0 technology.

While it does support HDR, we don’t know to what extent as the peak brightness or the use of local dimming is not specified.

The monitor will be priced at ~$1100 once it’s released (date unknown).

The Acer EI491CRG9 will be based on the same panel as the new mini-LED version of the Odyssey G9, so we can expect the same key specifications.

We’ll update the article once we have more information!

Update: It seems that Acer ‘paused‘ the development of the EI491CRG9, so its presentation will be delayed.

Will update this section with more information, including pricing and availability, as soon as we get it.

More information, including price and release date, will be added as we get it.

The Philips 279P2MRX is a 27″ 4K IPS monitor featuring a mini-LED backlight with a 2304-zone full-array local dimming solution for an amazing HDR image quality; it even has VESA’s high-end DisplayHDR 1400 certification.

No word on pricing and availability yet.

The release date of the Philips 328M1R has been pushed to Q1 2021, as Philips wants to implement HDMI 2.1 to make the monitors ready for the next-gen consoles.

More importantly, it will feature a mini LED backlight with a 576-zone full-array local dimming system and have a strong peak brightness of 1,000-nits thus earning VESA’s DisplayHDR 1000 certification.

It’s the first 1440p gaming monitor with meaningful HDR support, which is something that will interest many gamers who prefer higher frame rates to 4K UHD resolution!

The price and release date are currently unknown. It’s also possible that this will be a China-exclusive model, but at least we’re seeing that proper HDR support is on its way to the more affordable and ‘easier-to-drive’ 1440p widescreen monitors.

Expect an update as soon as something new comes up.

The MSI MAG301RF is the first 2560×1080 ultrawide gaming monitor based on an IPS panel with a rapid 1ms GtG response time speed and a high 200Hz refresh rate.

No word on other specifications, such as color gamut and brightness, but we do know that it’ll support FreeSync and be certified as G-SYNC Compatible by NVIDIA.

The monitor might interest a lot of competitive FPS gamers as it’s basically as tall as a regular 24″ display, just ~33% wider. This allows you to focus on the whole screen as it’s not that big, while still gaining the advantage of the extra horizontal FOV, at least in the competitive titles that support ultra-wide resolutions.

While there are fast ultrawide displays already available, such as the LG 34GP83A 3440×1440 144Hz 1ms IPS monitor, the MSI MAG301RF is the first one with a lower 2560×1080 resolution, allowing you to maintain high frame rate more easily, and a high 200Hz refresh rate paired with 1ms GtG response time.

Other monitors recently announced by MSI include:

Samsung announced that they’ll be releasing a new and improved version of the Odyssey G9.

While the DisplayHDR 2000 certification doesn’t (yet) exist on VESA’s website, we assume it implies a peak brightness of 2000-nits. Other information, such as how many dimming zones will be there, pricing, and release date of the monitor are unknown at the moment.

We’ll update the article as soon as we have more information.

Update: It turns out that the new Samsung Odyssey G9, called S49AG95NC, will have 2048 local dimming zones and a Mini LED backlight. In addition to the assumed 2000-nit peak brightness, we’re expecting an incredible HDR image quality, much better than that of the old G9.

It’s now up on Samsung Turkey, you can check the (archived) product page for more information.

Acer will also release a model based on the same panel, called Acer EI491CRG9.

No word on official pricing and release date just yet, so stay tuned!

When Samsung announced flat-screen Odyssey G5 and G7 variants a few months back, most people were hoping for flat versions of the C27G75T and the C32G75T – with 1440p 240Hz VA panels and fast 1ms GtG response time speed.

The S28AG70 and the S27AG50, however, use IPS panels with different specifications altogether. We can’t confirm whether this means that there will be no flat-screen 1440p 240Hz 1ms VA variants.

The current-generation Samsung Odyssey G3 flat-screen models are now available, the Samsung F27G3 and the Samsung F24G3. However, as their GtG pixel response time is slow, you get the usual VA-panel dark-level smearing – unlike the G7/G9 models.

In other TV-related news, Samsung announced new Neo QLED and QLED TVs for gaming with 4K 120Hz resolution, variable refresh rate, and low 5.8ms input lag. The QN90A series will support AMD FreeSync Premium Pro, whereas all Q70A and better models will have support for 21:9 and 32:9 ultrawide resolutions.

You can find more information and watch the full presentation in the embedded video below:

ViewSonic announced plenty of interesting monitors for 2021 for both gaming and professional use:

Other useful features include Thunderbolt 3 connectivity with both input and output for daisy-chaining, a built-in KVM switch, ‘Mac-to-Monitor Color Sync’, a hotkey puck for remote and quick OSD setting shortcuts, and what appears to be a color and brightness uniformity compensation feature.

No word on availability and pricing at the moment.

Dell has announced several new monitors for Q1 2021, the most interesting one being the Dell U4021WQ, the first 39.7″ ultrawide display.

Other monitors announced by Dell are intended for professinoal and/or office use and include:

The new 360Hz gaming monitors are based on a 24.5″ 1080p IPS panel made by AU Optronics and feature a native G-SYNC module.

All of the above-mentioned 360Hz models, except for the PG259QN, will support NVIDIA Reflex Analyzer (NRA) that allows you to effortlessly and precisely measure latency using a compatible mouse from ASUS, Logitech, SteelSeries, or Razer.

Other non-360Hz models that will support NRA include:

Back at CES 2018, ASUS showcased a triple monitor setup with lenses attached where the bezels of the monitors meet which made the gaps appear more transparent.

There wasn’t any news regarding these kits for a while, but they have finally appeared on Amazon. Check the video below to see what’s it all about.

Looking Glass Factory just released a 32″ 8K holographic display for 3D content viewing without the need of using any headsets or glasses.

The monitor is not intended for gaming though but rather for medical and marketing use. Some of the specs include 8K resolution at 60Hz, 10-bit color depth support, two DisplayPort inputs, and a USB type B port.

LG Display revealed their new 48-inch bendable OLED panel. Basically, it’s a flat-screen OLED TV that you can bend to curvature of up to 1000R for a more immersive gaming experience.

Just like the 2019 and 2020 LG’s OLEDs, the bendable display will support a variable refresh rate with a 40-120Hz range and have an instantaneous 0.1ms response time speed.

Additionally, the display will feature the CSO (Cinematic Sound OLED) technology, which was previously known as ‘Crystal Sound Display.’ CSO allows the display to vibrate and emit sound without using any speakers.

More information regarding panel specifications, pricing, and release date will be added as soon as available.