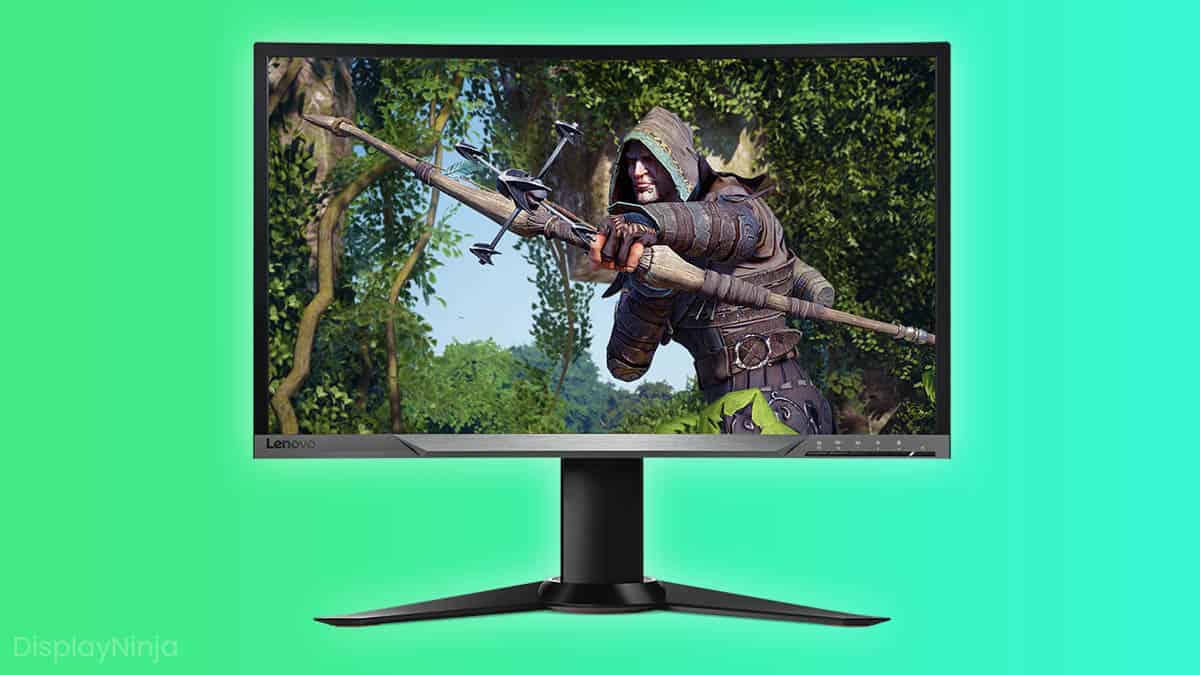 Wondering what a G-SYNC monitor is and how it’s different from G-SYNC Compatible, G-SYNC Ultimate, or FreeSync displays? You’ve come to the right place!

G-SYNC is a special chip installed inside a G-SYNC monitor that provides you with a variable refresh rate (VRR) and variable overdrive if you have a compatible graphics card.

There are three generations of G-SYNC modules:

How Does G-SYNC Work?

G-SYNC allows your monitor’s refresh rate (Hz) to change dynamically, according to your GPU’s frame rate (FPS). As a result, all screen tearing is eliminated up to the monitor’s maximum refresh rate at no noticeable input lag penalty (~1ms).

So, if you have a 144Hz gaming monitor and you have 60FPS in a game, G-SYNC will dynamically change the display’s refresh rate to 60Hz in order to provide you with 60 whole frames per second without tearing.

Another advantage of the G-SYNC module is that it replaces the regular scaler in the monitor, so you’ll have a slightly lower input lag.

The main disadvantage is the price, as well as limited connectivity options since G-SYNC modules don’t have VGA, DVI, or USB-C (for DP Alt Mode) ports.

Picture in Picture and Picture by Picture modes are also not supported on G-SYNC monitors.

Instead, they rely on VESA’s free and open-standard Adaptive-Sync protocols in DisplayPort and/or HDMI connectors for a variable refresh rate.

A G-SYNC Compatible monitor is essentially a FreeSync or ‘Adaptive-Sync’ monitor that’s been validated by NVIDIA to work without any issues when using their compatible cards.

So, what exactly makes G-SYNC special?

To start with, G-SYNC monitors usually have a wider VRR range than FreeSync and G-SYNC Compatible displays.

For instance, a 144Hz G-SYNC gaming monitor has a VRR range of 30-144Hz, whereas a similar FreeSync monitor will usually have a dynamic range of 48-144Hz.

Triggering LFC causes minor stuttering, so the overall gaming experience will be more pleasant on a G-SYNC monitor in this case.

As previously mentioned, since the G-SYNC module replaces the regular scaler of the monitor, G-SYNC monitors have lower input lag, though most FreeSync monitors have imperceptibly low input lag anyway.

The upsides of not having a G-SYNC module include a lower price tag and more extensive connectivity options.

Well, it depends on the monitor and its FreeSync/G-SYNC Compatible counterpart, if it exists.

Sometimes, a FreeSync monitor will have just as wide VRR range as G-SYNC, and even though it may not have variable overdrive, its overdrive implementation can be very good nonetheless.

We have a dedicated article where we compare popular G-SYNC monitors to their FreeSync counterparts, as well as the best G-SYNC monitor buyer’s guide, which consists of all G-SYNC gaming monitors worth considering.

The criteria for this certification has changed over time, however.

Here are the old requirements:

And here you can see the current requirements for G-SYNC Ultimate:

So, the very first G-SYNC Ultimate gaming monitors, such as the Acer X35 and the ASUS PG27UQ, offered a next-level HDR viewing experience thanks to their high 1000-nit peak brightness and multi-zone backlight (with full-array local dimming).

Nowadays, you can see G-SYNC Ultimate monitors with a lower 600-nit peak brightness and inferior multi-zone backlights – down to 32 edge-lit local dimming zones, for instance, from something like the 512-zone FALD solution of the Acer X35.

You get noticeably better HDR image quality in comparison to SDR or DisplayHDR 400, but you’re not getting the ‘true’ HDR viewing experience, more like a glimpse of it. Some scenes will look a lot better, others might even look worse than SDR.

In other words, G-SYNC Ultimate no longer guarantees an amazing HDR image quality. It is as misleading as the other HDR certifications.

For the best HDR image quality, you’ll have to check if the monitor has a good full-array local dimming solution with many zones (or simply an OLED panel) among its specifications.

Note that G-SYNC Ultimate was previously branded as ‘G-SYNC HDR.’

In order to use G-SYNC, you will need a G-SYNC monitor and a compatible NVIDIA graphics card (GTX 650 Ti Boost or newer) connected via DisplayPort.

Now, newer G-SYNC monitors, such as the Dell AW2721D, the LG 38GL950G, and the Acer XB273X also allow G-SYNC to be used with AMD graphics cards over DisplayPort, and also offer HDMI-VRR for consoles.

For G-SYNC Ultimate, you’ll need a GTX 1050 or newer graphics card with DisplayPort 1.4.

You can use our G-SYNC monitor list to find all G-SYNC and G-SYNC Ultimate monitors available.

All monitors certified by NVIDIA as ‘G-SYNC Compatible’ can be found in the list at the bottom of the article.

Some (not all) G-SYNC monitors are also paired with NVIDIA’s ULMB (Ultra Low Motion Blur) technology, which uses backlight strobing to reduce perceived motion blur at a cost of picture brightness.

Note that ULMB and G-SYNC can’t be active at the same time – unlike some other MBR (Motion Blur Reduction) implementations, such as ELMB-Sync by ASUS or Aim Stabilizer Sync by Gigabyte, which allow for simultaneous backlight strobing and VRR (FreeSync or G-SYNC Compatible) performance.

Further, several new G-SYNC monitors feature the new NVIDIA Reflex Analyzer tool, which allows you to measure the latency between the supported monitor and a compatible mouse.

NVIDIA Reflex doesn’t measure input lag, but rather reduces it in supported games.

To take advantage of it, you’ll need an NVIDIA GTX 900-series or newer graphics card and to enable the Reflex option in the settings of a compatible game, which includes:

Note that the monitors listed above will work without any issues, such as flickering, excessive ghosting, and other visual artifacts, with compatible NVIDIA cards.

Other FreeSync monitors may support VRR with NVIDIA cards as well, however, in this case, the performance quality is not guaranteed – they may work just as good, not at all, or have certain issues.

See our list of FreeSync monitors to see which monitors (that we tested) provide stable G-SYNC performance, even though they’re not certified by NVIDIA.

What Is FALD Blooming Or Halo Effect?