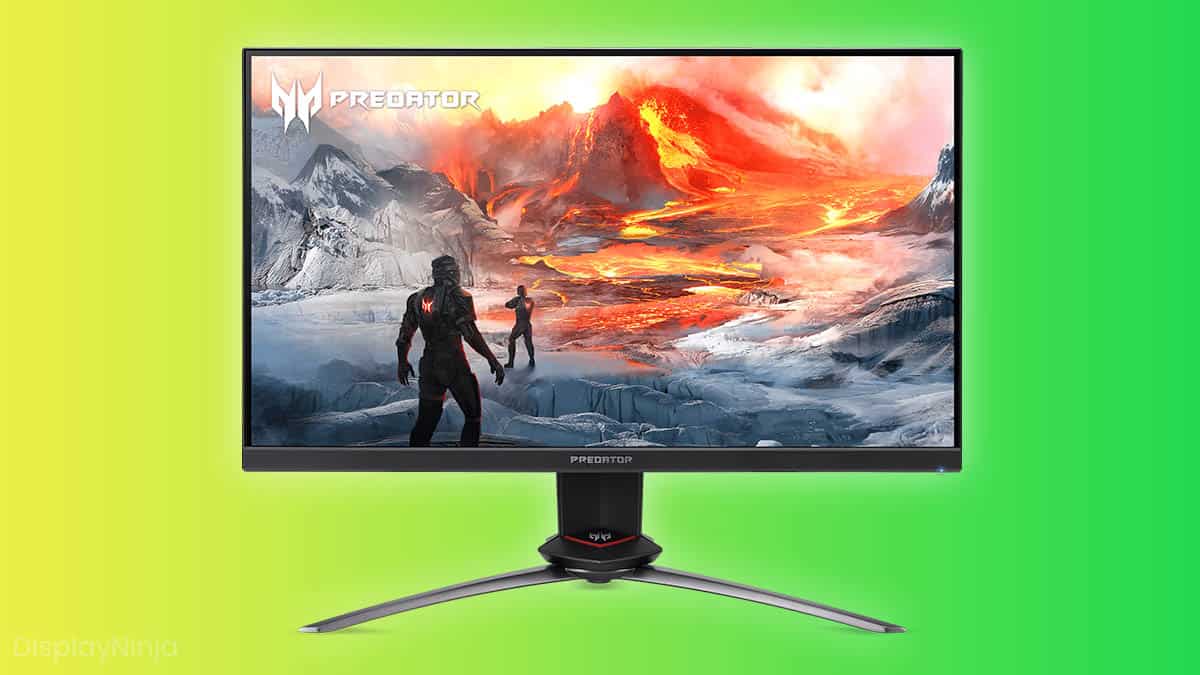 You should choose between different panel types according to what you’ll mostly be using the monitor for — gaming, color-critical work, or watching movies and other everyday activities.

VA panels have the highest contrast ratio, but it usually comes at a cost of slower response time, so they’re excellent for watching movies, but not suitable for competitive gaming. TN panels are cheap and have fast response times, but have inferior image quality and viewing angles.

IPS panels offer the most consistent colors and a quick pixel response time speed as well as the widest viewing angles, but they don’t have as high contrast ratio as VA panels, and they are usually more expensive.

Apart from the screen resolution, the display’s panel type will have the most significant impact on the overall image quality.

All three panel technologies have their advantages and disadvantages, so it’s vital to choose the one that’s perfect for you.

We’ll start off with TN panels, which are nowadays mostly found in gaming monitors as they have the quickest response time speed.

All newer TN monitors will offer a rapid ~1ms response time (gray to gray pixel transition or ‘GtG’ for short), which eliminates ghosting/trailing behind fast-moving objects.

When paired with a high refresh rate, TN panel gaming monitors provide a buttery-smooth gaming experience at an affordable price, which is why they are usually the first choice of many professional FPS gamers.

But it’s not all good news:

TN monitors have the worst color reproduction and narrow viewing angles (170° horizontally, 160° vertically), which causes the image to shift in color, contrast and brightness when it’s looked at skewed angles.

The viewing angles aren’t an issue as long as you’re sitting in front of the monitor, apart from some gamma/saturation shifts, so if you’ve got a limited budget and care more about performance than pretty colors, a TN panel monitor is for you.

They can be quite bright, and more expensive models will have more vibrant colors, but not as good as that of IPS or VA panel alternatives.

IPS panels provide the most accurate and consistent colors as well as wide 178° viewing angles, meaning that you can look at the screen from basically any angle without the image shifting in color and contrast.

If you’re a designer or a photographer, an IPS monitor is definitely for you.

Nowadays, most IPS monitors have just as fast pixel response time speed as TN panels (~1ms), though there are still some slower IPS variants with 4 to 5ms.

For a lot of gamers, even these slower IPS panel monitors will provide a satisfactory fast-paced gaming experience as ghosting is barely noticeable.

The main downside of IPS monitors is ‘IPS glow.’

If you’re watching particularly dark content in a dark room, you will be able to notice light ‘glowing’ around the corners of the screen. This is an expected side effect caused by the excess light passing through the panel.

It’s rather tolerable as it’s only mildly bothersome in certain scenarios i.e., watching dark scenes of a movie/game in a dim-lit room with high brightness setting. In some rare cases, mainly due to poor quality control, IPS glow can be distracting, in which case you should RMA the monitor.

Now, another thing to keep in mind is that IPS panels don’t have as high contrast as VA panels. A standard IPS monitor has a static contrast ratio of around 1,000:1, whereas a VA alternative has around 3,000:1, or even higher.

So, blacks will be noticeably deeper on VA monitors, but this technology has disadvantages of its own, which we’ll get into later on.

In 2022, LG Display developed the first IPS Black panel, which increase the static contrast ratio to around 2,000:1! The Dell U2723QE is one of the first monitors released with this technology.

LG is also bringing back the A-TW polarizer on some of their models, such as the upcoming LG 32GQ950. This will help reduce IPS glow at a cost of introducing a minor purple glow at extreme angles.

Further, through the use of localized dimming, the contrast ratio can be significantly improved on LED-backlit monitors. However, unless an expensive full-array local dimming solution is used, there’s basically no meaningful improvement.

In the past, IPS monitors were more expensive than TN models with the same specs. Nowadays, some IPS monitors are only slightly (if at all) more costly than their TN counterparts.

Keep in mind that there are several variations of IPS panels depending on the manufacturer, and you will also find them named differently. These are the most current versions you should know:

All of these panels imply wide viewing angles, consistent colors and good pixel response time, but naturally, some are better than others.

Last but not least, we have VA panels that boast a superior static contrast ratio.

This allows them to display deeper blacks, brighter whites, and an overall more pronounced relation between the darkest and the brightest tones.

However, this also means that pixels take longer to change from such deep blacks to lighter shades.

Even though their specified response time speed may be the same as that of an average IPS display (4-5ms), they actually have a lot slower black to white pixel transition.

Consequently, in dark scenes of fast-paced video games, you get noticeable black smearing behind fast-moving objects, which can be distracting for competitive gaming.

That’s why hardcore FPS players avoid VA panels and opt for IPS or TN panels instead.

Not everyone is equally sensitive to this issue, and many gamers don’t mind a bit of smearing as they get a higher contrast ratio.

Therefore, these monitors offer the most balanced image quality and performance with deep blacks and fast pixel transitions, but they are also more expensive and have some other flaws, as explained in the review.

In fact, there are VA panels that have just as good or better colors than certain IPS monitors, but the colors on those VA displays won’t be as consistent as that of the IPS technology.

In other words, a certain shade of red, for instance, might not look the same at the top of the image and at the center of a VA panel monitor due to gamma shifts.

Generally, these slight uniformity issues aren’t really noticeable or bothersome in everyday use, but they are crucial for color-critical work, which is the main reason designers opt for IPS monitors.

Thanks to their high contrast and lack of IPS glow, VA panel displays are particularly great for watching movies in a dark room where details in shadows of the picture really stand out, which is why most LED TVs use VA panels, not IPS.

Lastly, although VA panels have specified 178° viewing angles just like IPS, some minor shifts in contrast and brightness are present at certain angles, but nothing extreme.

Depending on the panel manufacturer, you may also see VA panels marketed as:

That’s it! Hopefully, we’ve helped you pick the perfect panel type for you, but there are many other things to consider when buying a new monitor such as screen size, resolution and refresh rate.

You can find more information in our comprehensive gaming monitor buyer’s guide or one of the other guides on our website — depending on whether you need a monitor for photo-editing, office work, etc.

All in all, even if you’re a competitive gamer and don’t care much about image quality, a modern IPS monitor is the way to go as you get just as fast response times as that of old TN displays, but a better image quality and viewing angles too.

For color-critical work, we highly recommend IPS monitors, but you can also use VA displays for basic content creation where color accuracy isn’t crucial.

When it comes to VA vs IPS, there’s no obvious ‘better’ or ‘wrong’ option here.

Some users prefer the higher contrast of VA panels, others would rather have more consistent colors, so it’s up to what you personally prefer.

What Is V-SYNC And Is It Worth It?