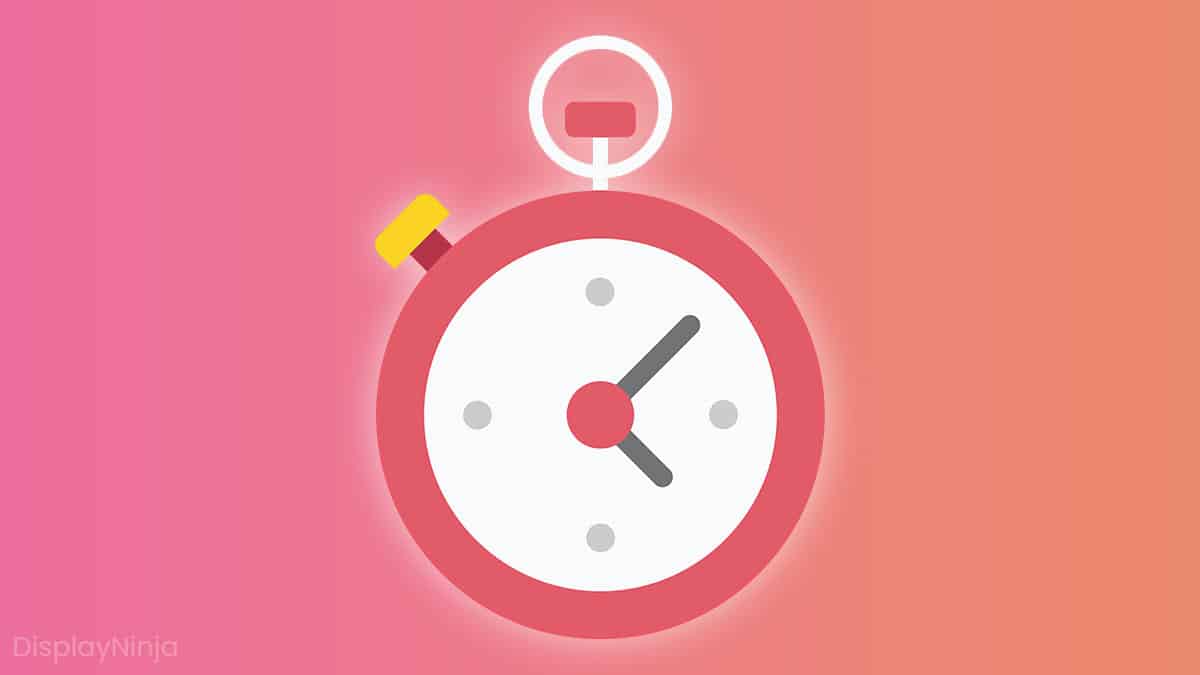 Response time is a measure of how fast a pixel can change from one color to another, that is, from one shade of gray to another. The lower the response time, the better.

A term that is often misunderstood by people is a monitor’s response time speed.

It is not the same as input lag – which is a specification that display manufacturers don’t advertise. Input lag is the delay between a keystroke or mouse click and the result happening on the screen.

The monitor response time, on the other hand, is specified by the display manufacturers – but only for monitors, not for TVs.

How Important Is A Monitor’s Response Time?

Response time can make a huge visual difference when there’s a lot of fast action happening on the screen. This specification is less about how your monitor will eventually display inputs from your peripherals after a delay and more about the individual pixels themselves.

It is a measure of how quickly a pixel can display a change from black to white or from one shade of gray to another. Different shades of gray represent how intense any given color will appear on your monitor through a filter.

The darker the gray, the less light will pass through the said color filter and hit your eyes, which is exactly why you don’t hear people talking about blue to red response times or things like that.

Response times are often given in milliseconds since one frame on a standard 60Hz monitor stays on your screen for just under 17 milliseconds.

The pixels themselves need to transition more quickly than that so that they can display the next frame in time. But just because a monitor has a response time below 17ms, it doesn’t mean that it is just as good as anything else.

This is when you can see the remains of trails from a moving object on a screen as pixels took too long to switch between shades of gray.

This is really not a big deal if you just use your computer for everyday browsing and social networking. Still, if you are a gamer or like to watch movies with fast action, the poor response times can cause really distracting visual artifacts.

It’s mostly competitive gamers who play FPS titles that are sensitive to ghosting.

For minimal ghosting, you should look for a gaming monitor with a 1ms GtG pixel response time speed, or lower/faster.

Not so long ago, only TN panel monitors were able to achieve such pixel speed, but you can now find both IPS and VA displays with 1ms GtG response time.

Another important thing to consider is the pixel response time overdrive which determines how well pixels transition at different refresh rates.

Too aggressive overdrive might eliminate trailing at high refresh rates, but it can also introduce inverse ghosting (pixel overshoot) at low refresh rates.

Just how well the overdrive is implemented on a monitor depends on the display itself, so you will have to check monitor reviews for details.

OLED displays have instantaneous pixel response time speed, resulting in zero ghosting and overshoot artifacts regardless of the refresh rate.

It’s one of the main reasons gamers love this panel technology (the other being infinite contrast ratio and no backlight bleeding, glowing or haloing). Sadly, OLED gaming displays are currently only available as an ultrawide monitor and 42″+ sized TVs. The more common 27″ – 32″ high refresh rate models are yet to be released.

What Is The Best Monitor Size For Gaming?