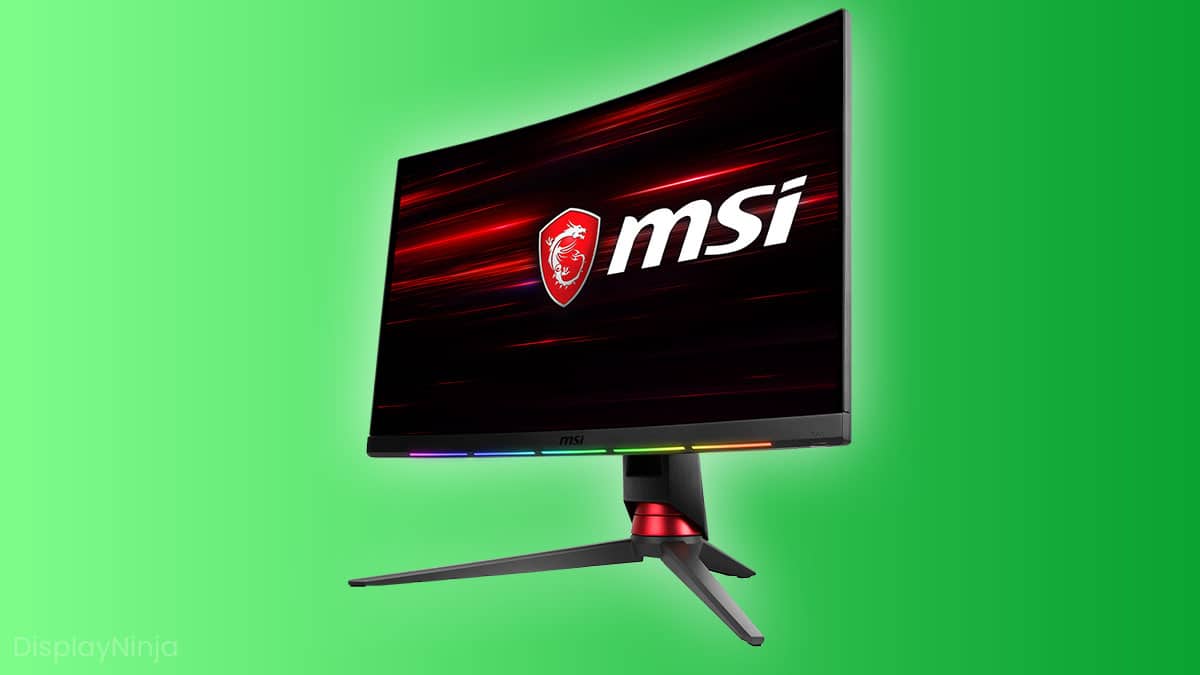 Monitors with VA (Vertical Alignment) panels are praised for the superior static contrast ratio that allows them to deliver significantly deeper blacks than IPS and TN panels.

They are usually more affordable than IPS panels and don’t suffer from IPS glow, while having better colors and viewing angles than TN panels.

However, VA panels don’t have as consistent colors nor as wide viewing angles as IPS models. In this article, we’ll go over some of the disadvantages of VA panels and how they can affect your viewing experience.

So, unlike slow response time, the following issues affect all VA panels.

Just like IPS glow, the visibility of VA glow depends on the angle and distance you’re looking at the screen.

When sitting directly in front of a VA panel display and at a normal viewing distance, VA glow is usually visible as a pale glow at the bottom of the screen with really dark scenes, and it’s not nearly as noticeable as IPS glow.

The amount of VA glow varies across different models and individual units of monitors, but in most cases, it’s completely negligible; in fact, most users won’t even notice it (excluding very old VA models).

Moving a bit further away from the screen while still being directly in front of it will reduce the VA glow.

In contrast, looking at the screen from sharp angles will cause the glow to become more apparent across the display with a purple/silver glow (depending on the viewing position and on-screen content).

This isn’t a big issue as you aren’t normally looking at the monitor like this (too close, and too above or below it).

When watching the screen from a bed, for instance, VA glow won’t be noticeable because even if your bed is lower than your screen, you’d be at a greater distance, which will diminish the glowing effect.

VA glow is also more apparent at horizontal viewing angles, though it only becomes really noticeable at very steep angles and with dark backgrounds.

Viewing angles of VA panel displays also affect the perceived gamma, which results in saturation and gamma shifts depending on the angle you’re looking at the screen.

In other words, the same color will be slightly different at the center of the screen and, for instance, at the bottom-right corner of the screen – even if you’re sitting directly in front of the monitor at a normal distance.

For everyday use and gaming, the difference in saturation and gamma between the same color at different parts of the screen won’t be noticeable unless you’re deliberately looking for it via test images.

Gamma shift is much more noticeable and bothersome on TN panel monitors.

However, if you do color-critical work, this is why you’ll need a more expensive IPS panel monitor with wider viewing angles and more consistent colors.

Black crush, or contrast shift, is another flaw of VA panels where very dark shades in the center of the screen appear darker than they should thus blending the details into pure black.

For instance, the image above has dark gray text written on a black background. On a VA panel display, the text will be hardly visible at the center of the screen, but much clearer towards the edges of the monitor.

In games and movies, different picture/detail settings and video quality obviously play a big role here too, but black crush generally isn’t an issue as it only occurs in some scenes, and not that often.

Black crush is also affected by viewing angles, so moving a bit further from the screen or to the side can reveal lost details.

All in all, every VA panel display has VA glow, gamma shift, and black crush to some extent, but it’s usually hardly visible and doesn’t take away from the overall viewing experience.

So, you shouldn’t be discouraged from buying a VA panel monitor for everyday use or gaming due to these flaws.

Also, keep in mind that these issues were much more prominent on older VA panel displays; the newer models have come a long way.

If, on the other hand, you need a monitor for color-critical work, it’s obvious how these flaws could negatively impact your work and why IPS panels are the way to go for professional use.

Of course, if you’re just doing some basic content creation, a VA panel monitor will do just fine.

What Is Nano IPS?