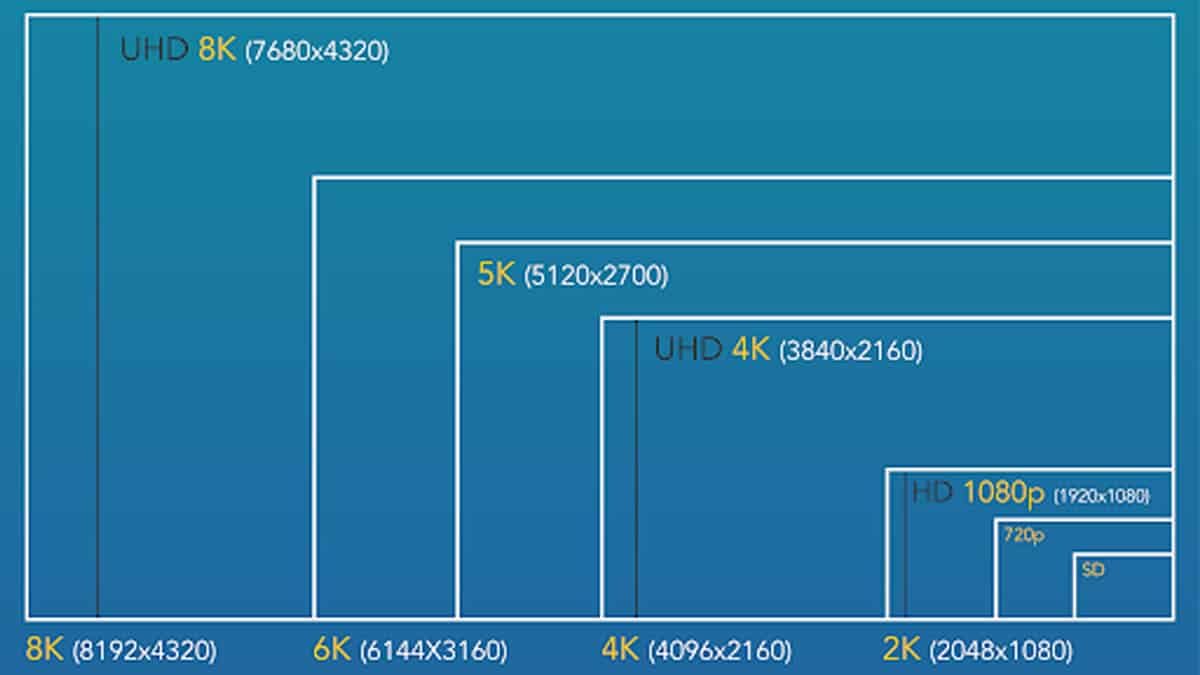 You should choose a monitor resolution according to your budget, computer configuration, and the desired frame rate.

By all means, don’t get a 720p monitor, as 1080p is the standard and quite affordable nowadays.

The higher the resolution, the better, right? You get more pixels, which means a better image quality with more precise and vivid details, as well as extra screen real estate.

However, there are some advantages to a lower resolution display too. Since it’s less demanding to drive, you can achieve higher frame rates and, therefore, smoother performance.

For everyday use such as web surfing, working with spreadsheets, etc., this isn’t an issue. Even with a cheap ~$100 graphics card, you can smoothly get by for regular desktop use.

For gaming, on the other hand, there are many things to take into consideration. All of which we’ll cover in this article – but first, let’s deal with the basics.

What Is Screen Resolution?

An essential aspect of choosing a new monitor is the maximum supported resolution (native resolution). The resolution is basically the number of pixels in the width and the height.

The most popular widescreen resolutions are:

While there are 8K monitors and TVs already available now, you shouldn’t get one as they are costly, and there is no 8K content anyway.

Also, don’t get a 720p display, as 1080p is a vast improvement and the standard for new content; what’s more, it’s affordable.

Another vital fact to take into account when looking for a new display is the relation between the screen size and the resolution, also referred to as the pixel density or pixels per inch.

Too low pixel density will make tiny items such as icons appear pixelated, while text will be smudgy. If the pixel density is too high, everything will appear small, but you will be able to scale the interface and get a more detailed picture.

Refer to the chart below to find the optimal viewing distance for certain screen size/resolution ratios at which individual pixels aren’t distinguishable from one another.

You can also use this PPI calculator.

In video games, it’s not always all about the picture quality.

Many players willingly sacrifice image quality for better performance. This is particularly the case with competitive FPS games.

Certain gaming monitors offer a higher refresh rate than the standard, such as 144Hz, 240Hz, 360Hz, etc., which allows them to display the frame rates faster for a lot smoother gameplay.

The higher the framerate, the more demanding CPU/GPU requirements are at a given resolution. That’s why many gamers opt for 1080p 144Hz gaming monitors instead of 1440p 60Hz. Or, for that matter, a 1440p 144Hz display rather than 4K 60Hz.

In the end, it all comes down to your personal preference.

Would you like a better image quality? Go for the higher resolution display.

If you play fast-paced and competitive games, you’ll find that a higher refresh rate monitor will make your gaming experience more enjoyable rather than one with a higher resolution.

Finally, you have to make sure that your PC gear will meet the requirements of your desired resolution/frame rate for certain video games.