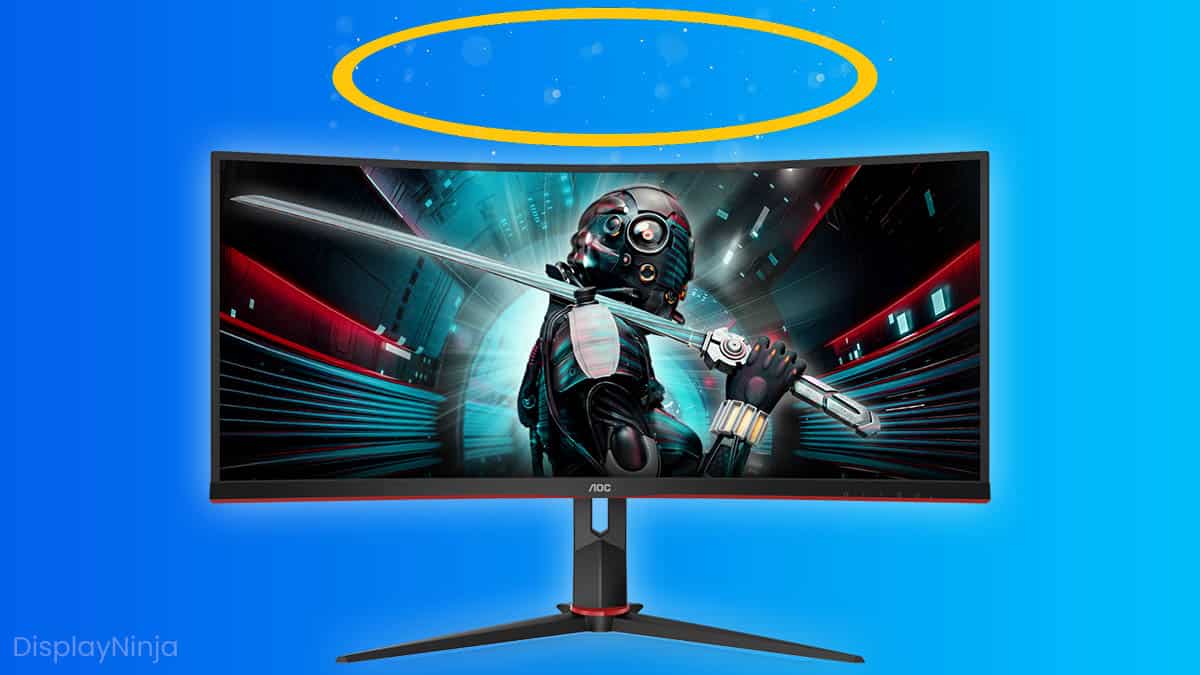 On displays with Full-Array Local Dimming (FALD), blooming (also referred to as the halo effect) occurs when the light that’s illuminating a small object bleeds into the surrounding dimmed zones.

Just how bad the blooming is depends on the number of dimming zones the monitor has and how demanding the displayed scene is.

Unlike OLED displays which are self-emissive, LED monitors and TVs rely on a backlight to create the picture.

This means that LED-backlit displays cannot produce true blacks and that some light will always bleed/pass through the panel, which results in backlight bleeding or VA/IPS glow, depending on the panel type.

In order to bring the image quality of LED displays closer to that of OLEDs, some manufacturers implement local dimming in their monitors and TVs. While this technology does help with the picture quality, it’s not perfect.

What Is Local Dimming?

Most LED displays use global dimming, in which case the entire picture gets darker with dark scenes – or brighter with bright scenes. In short, there’s no localized dimming, which is why you get such a limited contrast ratio with this type of displays.

Next, there are edge-lit displays that have several dimming zones at either the top/bottom or left/right side of the screen.

While these displays can increase the contrast ratio a bit, there won’t be any improvement in scenes where there are a lot of dark and bright details close to each other due to the limited number of dimming zones.

In scenes where the contrasting elements appear far from each other, the picture quality won’t be ideal either as vertical or horizontal banding can occur. In other words, edge-lit local dimming is not very effective, except in some rare scenes.

With full-array local dimming solutions, LEDs are placed across the entire screen (behind the panel) for much better control of dimming zones according to the displayed content.

However, FALD displays are also considerably more expensive and bulkier in design.

Besides the heftier design and price tag, FALD displays can also exhibit blooming in certain scenarios.

If you have a small bright object, such as a cursor, on a plain dark background, some light from the cursor will bleed into the surrounding dimmed zones and create the halo/bloom effect that will follow your cursor as you move it.

Of course, local dimming wasn’t designed for regular desktop use, so in video games and movies, this will be much less noticeable. You can simply disable local dimming when not watching videos or playing games.

Depending on the number and size of dimming zones, some blooming can also be visible in certain scenes in games and movies too – but in all except for the most extreme cases (night sky with stars, fireworks, etc.), it’ll be negligible. As for those demanding scenes, some users find them tolerable, some too distracting.

OLED displays don’t suffer from blooming, glowing, backlight bleeding and similar visual artifacts, so most people prefer them over the usually more expensive FALD monitors. The main issue is that OLEDs aren’t yet available in some popular display form factors, such as 27″ – 32″ 1440p/4K high refresh rate models.

Dell’s AW3423DW 34″ ultrawide monitor and LG’s 42″ and 48″ OLED TVs are very popular, however, as they offer better HDR image quality and performance than the more expensive FALD displays. They just cannot get quite as bright and have the risk of image burn-in.

What Is FreeSync And What Does It Do?