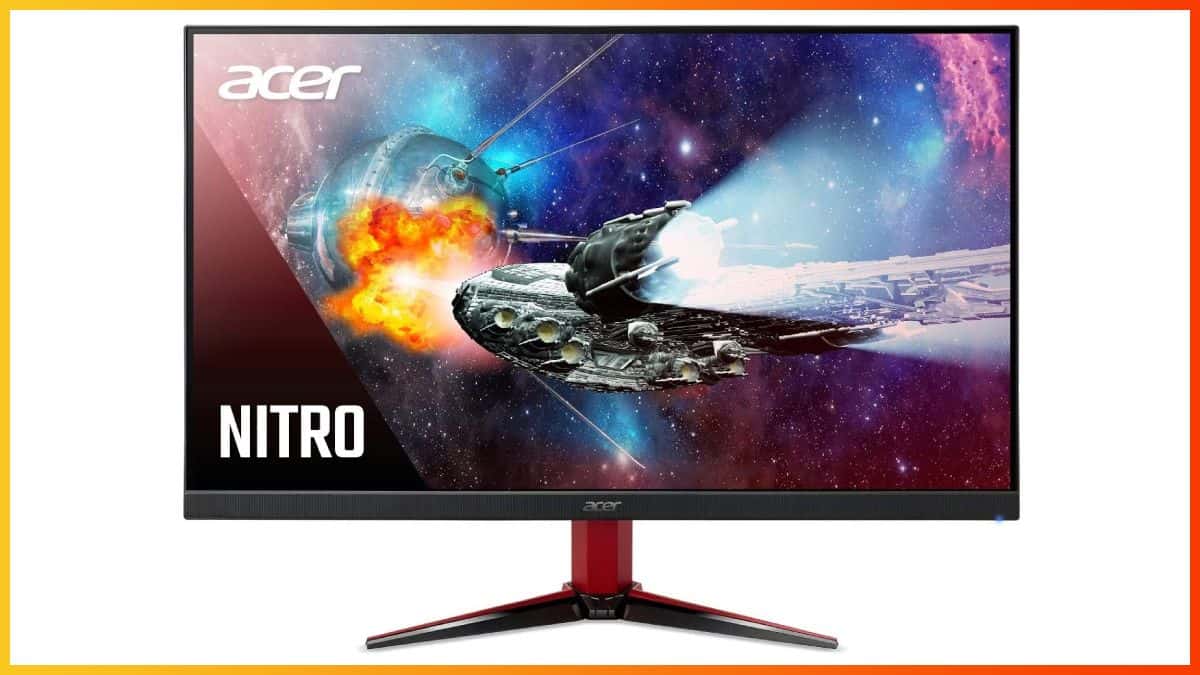 The Acer VG271 is a 27″ 1080p 144Hz gaming monitor with an IPS panel, ensuring a great image quality as well as smooth performance. There’s plenty of useful gaming features available as well. Sadly, the design is tilt-only, HDR is underwhelming and the price could be lower.

The Acer VG271 Pbmiipx was one of the first 1080p 144Hz gaming monitors to be available with an IPS panel. It delivers vibrant colors, wide viewing angles, and quick response time, but its low pixel density and some other issues may repulse some gamers.

The same specs can be found on the ASUS VG279Q as well.

However, note that it only has entry-level HDR support with VESA’s vague DisplayHDR 400 certification. So, you don’t get a wide color gamut nor a higher contrast ratio, while the peak luminance is limited to 400-nits.

In other words, the monitor can accept the HDR10 signal but lacks proper display capabilities for a noteworthy HDR viewing experience.

Some HDR content will look slightly better, some will look worse, but in most cases, you will just get over-brightened or washed out colors.

Another thing to keep in mind is the low pixel density i.e., pixel-per-inch ratio.

At 27″, 1080p offers a pixel density of 81 pixels per inch, which is okay for watching movies and playing video games. However, if you intend to use the monitor for work as well, you may find the lack of screen space and detail clarity unappealing.

A 27″ 1440p monitor provides significantly more screen real estate and details, but it’s more demanding to drive at higher frame rates, which is why the Acer VG271 1080p IPS monitor is a practical substitute for those with lower budgets and weaker PC builds.

All in all, the Acer VG271 has a decent picture quality. The colors and viewing angles are remarkably better than that of the TN-panel 1080p 144Hz counterparts, such as the ASUS VG278Q.

The Acer VG271 144Hz gaming monitor has a response time speed of 3ms, which isn’t quite as fast as the 1ms speed of TN panels, but it’s more than enough to remove most ghosting and motion blur of fast-moving objects.

There’s no prominent trailing and smearing like it’s the case with most VA panels and even some more expensive IPS models.

The problem here is that you cannot use FreeSync and ‘Extreme’ overdrive at the same time. With FreeSync enabled, you’re locked to the Normal option, which isn’t as fast.

So, you will have to choose between fast response time for no ghosting or AMD FreeSync for no screen tearing.

Moving on, the input lag performance is excellent with just below 4ms of lag, which is imperceptible in real use.

We didn’t detect any excessive IPS glow or backlight bleeding nor dead/stuck pixels on our unit of the Acer VG271.

Moreover, the display doesn’t use PWM (Pulse-Width Modulation) to regulate brightness, so it’s flicker-free, which, along with its built-in low-blue light filter prevents eye strain/fatigue.

It only has two modes, Normal and Extreme. At the Extreme setting, the picture becomes really dark, but fast-moving objects also become a lot clearer, which will undoubtedly come in handy to all the FPS gamers out there.

AMD FreeSync is supported with a 48-144Hz (therefore supporting LFC) dynamic refresh rate range over both HDMI and DisplayPort.

FreeSync allows the monitor to change its refresh rate dynamically, which eliminates screen tearing and stuttering with minimal input lag penalty if you have a compatible graphics card.

Although the Acer VG271 is not officially G-SYNC compatible, FreeSync works without issues with compatible NVIDIA cards. Note that you cannot simultaneously run FreeSync, HDR, and VRB – only one at the time.

Other features include the Aim Point customizable crosshairs, Picture in Picture/Picture by Picture, Black Boost for better visibility in darker games, and three customizable picture presets.

There are also advanced picture adjustments available, including gamma and 6-axis hue/saturation.

The OSD (On-Screen Display) menu is navigated via the joystick placed at the back of the monitor. There are three additional hotkeys (plus a power button) that you can assign to certain OSD functions.

The Acer VG271 has a tilt-only stand, but it is VESA mount compatible.

In contrast, the ASUS VG279Q has HDMI 1.4, DisplayPort 1.2, and a Dual-Link DVI-D port, as well as a headphone jack and built-in speakers. It also has a fully ergonomic design.

At that price, you can actually get a 27″ 1440p 144Hz IPS gaming monitors, such as the Acer XV272U with a fully ergonomic stand and wide color gamut – or the MSI G273QF with a rapid 1ms GtG response time speed.

Overall, the Acer VG271 is a decent gaming monitor, but there are much better alternatives at this price range.