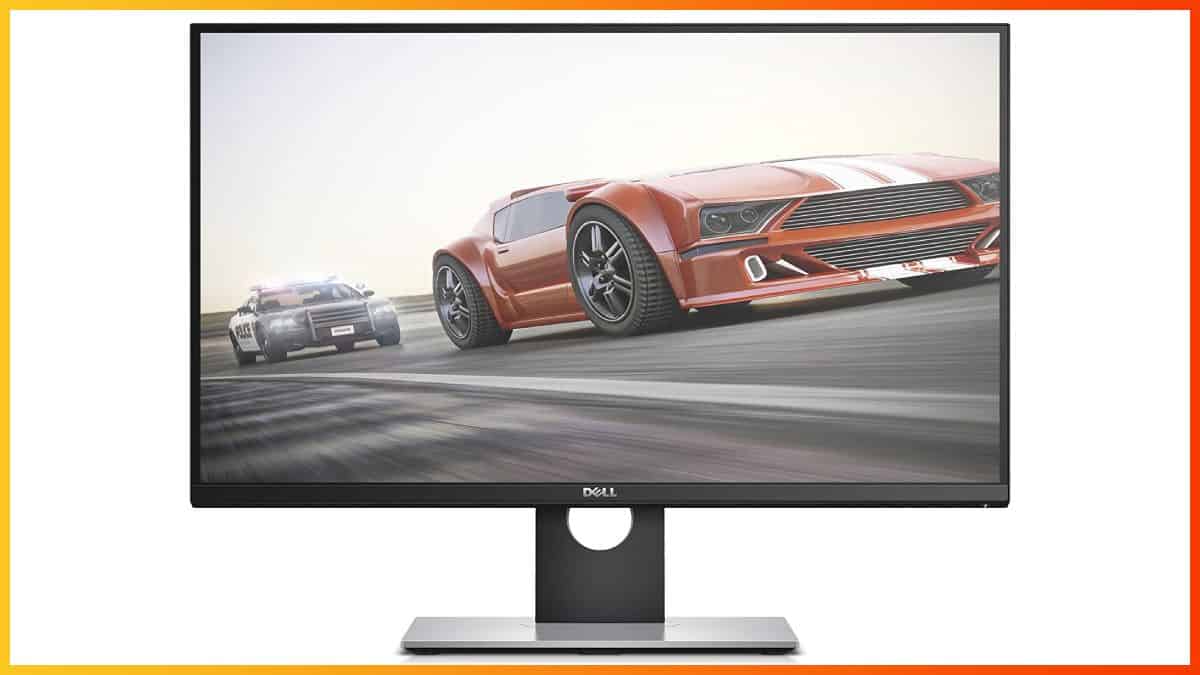 The Dell S2716DG delivers flawless gaming performance at 1440p/144Hz/1ms for NVIDIA GPU users. Moreover, it does so at a reasonable price and features a high-quality design and extensive connectivity. Picture quality could be a bit better, but it’s decent for a TN panel anyway.

If you have a PC rig capable of running 144Hz at 1440p, it would be a shame not to have a display that can fully utilize that power.

The Dell S2716DG offers the best value/price for 1440p 144Hz 1ms gaming if you wish to really squeeze all the goodness you can get out of your GeForce card.

Keep in mind that the Dell S2716DGR is the exact same monitor where the extra ‘R’ stands for ‘Retail model’ whereas the S2716DG is sold directly from Dell.

Now, the image quality of the Dell S2716DG 27″ gaming monitor is not its strongest trait, but it’s also not intended to be.

What this display delivers is a flawless performance for competitive fast-paced video games thanks to its quick response time, among other things.

In order for a monitor to provide a response time speed of only 1ms, it’s based on a TN (Twisted Nematic) panel, which unlike other panel types (IPS and VA), has narrow viewing angles.

The viewing angles will cause the image to shift in color and contrast when you’re looking at the screen from any angle other than being directly in front of the screen.

However, thanks to the fully adjustable stand with tilt, height, and swivel ergonomics, you can always adapt the screen to your viewing position.

Another thing is that TN panels have the worst color quality in comparison to IPS and VA panels. So, if you’re okay with sacrificing image quality for performance, the Dell S2716DG is for you.

While the colors may be a bit off and certain black shades a bit grayish, the monitor does deliver a bright and crisp image quality mainly due to its 2560×1440 WQHD resolution, which ensures a high pixel count per screen inch.

The Dell S2716DG calibration settings need to be adjusted out of the box for the best image quality. As each display unit is at least slightly different, try out a few different color settings and Dell S2716DG ICC profiles.

While the 1ms response time speed eliminates ghosting and motion blur of fast-moving objects allowing you to concentrate on your fleeing targets, the Dell S2716DG input lag performance of only ~4ms ensures instantaneous response to your commands.

For the most responsive and fluid fast-paced competitive gameplay, a 144Hz refresh rate does wonders as it refreshes your screen more than twice as fast in comparison to regular 60Hz displays, therefore reducing input lag and perceived screen tearing.

Enabling G-SYNC will allow the display to change its refresh rate according to the GPU, which fully eliminates screen tearing and stuttering at virtually no (less than 1ms) input lag cost up to 144FPS.

Alternatively, you can use ULMB (Ultra Low Motion Blur) feature, which inserts black frames between the regular frames to decrease trailing and ghosting.

This technology works only at fixed refresh rates (85Hz, 100Hz, and 120Hz) and can’t be used at the same time as G-SYNC.

Those with AMD graphics cards will be able to use the monitor, but no the ULMB nor G-SYNC features, and should look for a monitor with AMD FreeSync technology instead.

The monitor’s hotkeys and the power button are uncomfortably tiny, clunky, and hard to press, but considering its ultra-thin design, the Dell S2716DG wouldn’t look as nice if the buttons were any bigger.

You will also find the Response Time setting with Normal and Fast options. We recommend using the Normal option as ‘Fast’ introduces pixel overshoot.

Since enabling ULMB reduces the monitor’s brightness, there’s a feature called ULMB Pulse Width, which changes the sensitivity of backlight strobing. So, you can increase the brightness but at the cost of more motion blur, and vice versa. 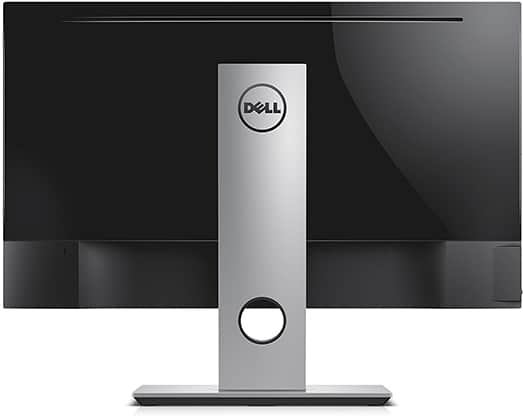 The Dell S2716DG G-SYNC gaming monitor offers amazing build quality with a wide range of ergonomics, including 26° tilt, +/- 45° swivel, 90° pivot, and up to 130mm height adjustment.

Display connectors include DisplayPort 1.2 and HDMI 1.4. Only the DisplayPort input supports 1440p at 144Hz and G-SYNC while the HDMI port maxes out at 1440p at 60Hz.

You will also find two USB 3.0 ports and an audio line-out port at the back of the monitor, as well as an additional two USB ports and headphone jack on the side of the monitor.

The Dell S2716DG price amounts around $400, which makes it one of the most affordable G-SYNC monitors. Similar 27″ 1440p 144Hz 1ms G-SYNC monitors by ASUS and Acer can cost up to $150 more, yet they are essentially identical.

As this is an older monitor, visit our always up-to-date best gaming monitor buyer’s guide for the best deals available.

At this price range, we recommend the LG 27GL83A. It’s just as fast as the Dell S2716D yet it uses an IPS panel with much better colors and wider viewing angles.

It doesn’t have a G-SYNC module, but it’s certified as G-SYNC Compatible by NVIDIA, so VRR will work without issues with both AMD and NVIDIA cards.

However, nowadays you can find an IPS variant at the same price range, which will in addition to smooth performance provide you with a better image quality.