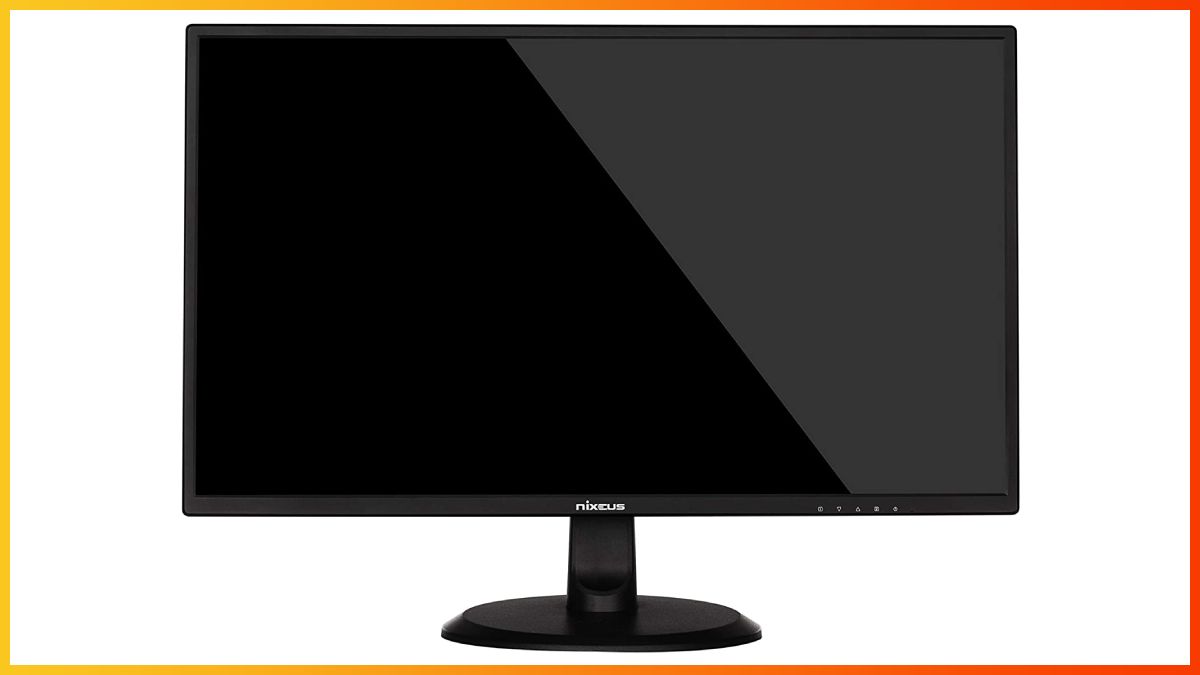 The Nixeus EDG27S V2 offers a crystal-clear image quality thanks to its 1440p resolution and IPS panel. Further, it ensures smooth performance with low input lag, fast response time, and AMD FreeSync. Although its design and features are lacking, the display delivers where it counts.

It’s based on the same panel, but features thinner bezels and introduces FreeSync support over HDMI (in addition to DisplayPort).

What makes this gaming monitor (both the old and the new versions) so well-received is, first and foremost, its affordable price for a 27″ 1440p 144Hz display with an IPS panel.

Additionally, it has a wide 30-144Hz FreeSync range out of the box, and it’s one of there rare FreeSync models that supports adaptive overdrive.

Out of the box, the picture is nice, but calibrating the display is desirable, given that it can remarkably enhance the image quality.

There is some moderate IPS glow which is expected from this panel technology. By decreasing the maximum brightness a bit and introducing some ambient lighting, IPS glow is barely noticeable while using the monitor, even in dim-lit environments.

However, note that the intensity of IPS glow varies across different units of the monitors.

1440p provides the perfect pixel-per-inch ratio of 108 PPI on a 27″ screen of the Nixeus EDG27S v2 monitor, which translates to sharp and crisp details as well as plenty of screen space without any scaling necessary.

In general, the image quality is excellent considering the monitor’s price, and it can be further improved via calibration. There were no dead/stuck pixels on our unit nor excessive backlight bleeding.

The backlight is flicker-free, and there’s a low-blue light filter, so you can game for hours without straining your eyes.

Moving on, the performance of the Nixeus EDG27S v2 display is excellent as well. The input lag amounts to ~5ms at 144Hz, which makes for imperceptible delay.

The response time speed of 4ms (GtG) efficiently eliminates most of the trailing and motion blur of fast-moving objects in fast-paced video games.

There are four response time overdrive options (off, low, medium and high) to be used according to your liking and preference.

The Nixeus EDG27S v2 is one of the rare FreeSync models that comes with a wide 30-144Hz variable refresh rate (VRR) range out of the box. It also supports AMD Low Framerate Compensation (LFC).

VRR eliminates all screen tearing and stuttering with minimal (~1ms) input lag penalty as long as your FPS (Frames Per Second) is within the dynamic range of 30-144FPS.

Below that, LFC kicks in and makes the display’s refresh rate match a multiple of the frame rate (at 20FPS, you get 140Hz, etc.) to ensure tear-free performance.

Setting the response time overdrive to ‘Off’ will actually make the monitor change the overdrive preset to Low, Medium, or High according to the frame rate when FreeSync is enabled.

This way, you will get no pixel overshoot at lower frame rates and no ghosting at high frame rates.

Keep in mind that the monitor is not quite as fast as the newer IPS panel models with a 1ms GtG response time speed, so some minor trailing will be noticeable behind fast-moving objects. For casual gaming though, it won’t be an issue.

This adaptive overdrive isn’t quite as effective as G-SYNC’s variable overdrive, but it’s certainly useful, especially after considering that many FreeSync monitors can’t even run FreeSync and High overdrive simultaneously, let alone change it on the fly.

If you have a GTX 10-series or a newer card, you can also use FreeSync without any issues as the display is G-SYNC compatible, even though it’s not officially certified by NVIDIA.

The OSD (On-Screen Display) menu is somewhat outdated, and navigating through it via the clunky monitor’s hotkeys isn’t particularly user-friendly.

There aren’t any modern gaming features such as fancy RGB lighting, pre-calibrated gaming picture presets, customizable crosshairs, and similar tools, but you will find all the standard adjustments such as contrast, brightness, color temperature, gamma, audio volume, and input source selection.

We don’t really hold any of this against the Nixeus EDG27S v2 IPS gaming monitor considering that you won’t spend much time in the OSD menu anyway, at least after calibrating the display.

Besides, the common ‘gaming’ features are usually just gimmicks.

Many would consider having fixed crosshairs as cheating while pre-calibrated presets such as FPS, RTS, Racing, etc. often make the picture worse, and features such as Black Stabilizer, Shadow Control, etc. alter the gamma curvature which you can do manually in the video game or monitor’s settings.

We’d rather take adaptive overdrive and wide VRR range out of the box than the features mentioned above.

The design is nothing special. The bezels are visibly thinner than on the previous version, but still not what we would call ‘ultra-thin.’ The stand is tilt-only, but luckily you can mount the screen on a third-party stand via the 100x100mm VESA mount pattern.

The Nixeus EDG27S v2 is also available with a fully ergonomic stand as the Nixeus EDG27 v2 (without the ‘S’ suffix) for an extra ~$30.

Connectivity options have also improved. There are now two of each: DisplayPort 1.2 and HDMI 2.0, while FreeSync works over all ports (G-SYNC works over DisplayPort only) with a 30-144Hz range. There’s also a headphone jack and two basic built-in speakers.

We recommend considering the MSI G273QF instead. It has a rapid 1ms GtG response time speed and a wide color gamut.

Overall, the Nixeus EDG27S v2 is an excellent 1440p 144Hz IPS gaming monitor. However, there are better models available at the same price range.