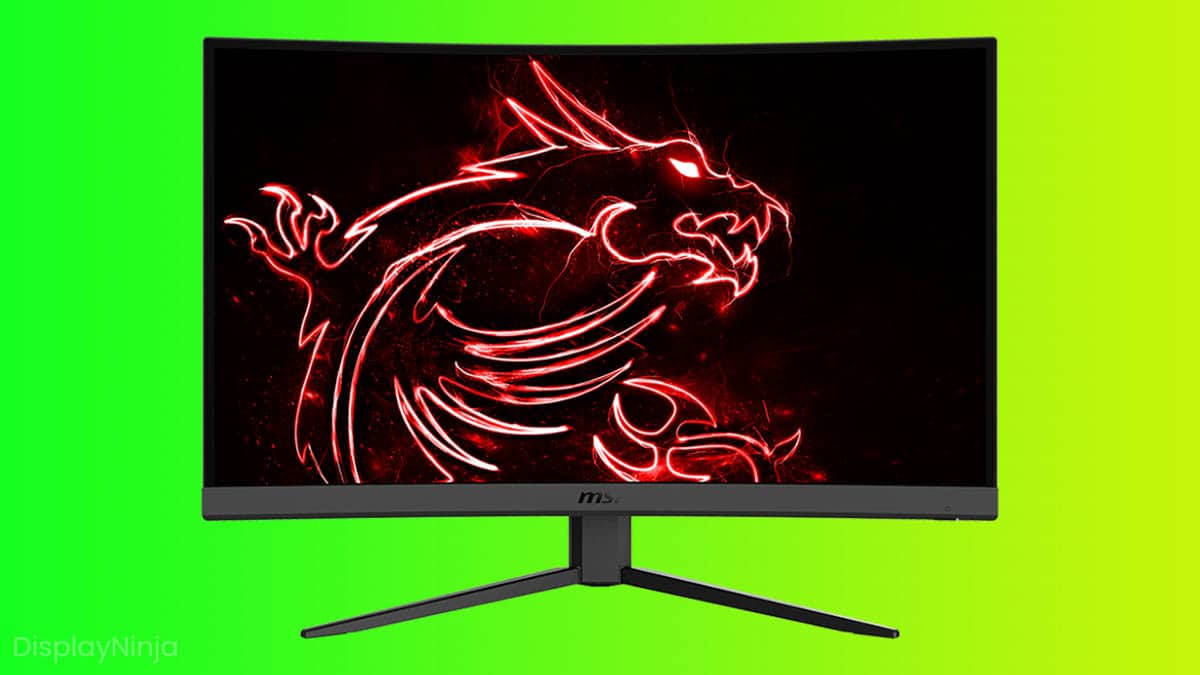 While both input lag and response time are equally important for a fluid gaming experience, too high input lag can make competitive gaming unbearable.

Luckily, most new gaming displays offer both low input lag and quick response time, so you won’t have to compromise.

Many people mistake response time for input lag when looking at the display’s specifications.

To clarify, input lag is the delay between the screen and your commands, such as a press on the keyboard or mouse.

Response time, on the other hand, is the time pixels take to change from one color to another.

Just how fast the response time speed needs to be depends on the monitor’s maximum refresh rate.

So, if a pixel takes longer than 16.67ms to change from one color to another on a 60Hz display, you will notice ghosting behind fast-moving objects.

Now, the specified pixel response time speed that monitor manufacturers quote (such as 1ms GtG, 4ms GtG, etc.) refers to the display’s fastest pixel transition possible from one shade of gray to another under certain testing conditions – it’s not the average speed.

Pixels take longer to change from black to white than vice versa, so even if all white to black pixel transitions are below the quoted 4ms on a 144Hz monitor, for instance, some dark to light pixel transitions still might take over 10ms.

Consequently, you would get noticeable black smearing in fast-paced scenes with a lot of dark pixels involved, while in other scenes, ghosting wouldn’t be as noticeable.

Generally, if you want to avoid ghosting, you should look for gaming monitors with a specified response time speed of 1ms GtG (Gray to Gray) – or lower.

This, however, won’t guarantee flawless response time performance, which needs to be properly optimized via the monitor’s overdrive implementation.

A good overdrive implementation will ensure that the pixels change fast enough, but it will also prevent inverse ghosting (i.e. pixel overshoot).

Inverse ghosting is characterized as a bright trail following moving objects, which is caused by pixels being pushed too hard via an aggressive overdrive setting.

To find out just how well the overdrive is implemented on a monitor, as well as what setting should be used at which refresh rate, you will need to look for detailed monitor reviews.

The 1ms MPRT measure refers to the backlight strobing technology of the monitor, which reduces the perceived motion blur at a cost of picture brightness.

It does improve motion clarity, but it usually cannot be active at the same time as a variable refresh rate technology (such as FreeSync and G-SYNC).

So, be careful when looking at the specifications and always look for monitor reviews for full information.

With TVs, the pixel response time speed is not specified at all, meaning that online reviews are your only hope to see how fast a certain TV is.

This doesn’t apply to OLED TVs, which have self-emissive pixels that can change instantaneously.

The higher the refresh rate, the lower the input lag.

So, a 120Hz display will have essentially half the input lag in comparison to a 60Hz display since the picture gets updated more frequently and you can react to it sooner.

Pretty much all new high refresh rate gaming monitors have low enough input lag in relation to their refresh rate that the delay between your actions and the result on the screen will be imperceptible.

Therefore, if you want the fastest 240Hz or 360Hz gaming monitor available for competitive gaming, you should focus on its response time speed performance.

For the best performance, look for a TV that has a native 120Hz refresh rate (not ‘effective’ or ‘fake 120Hz’ via framerate interpolation)!

What Is G-SYNC And What Does It Do?