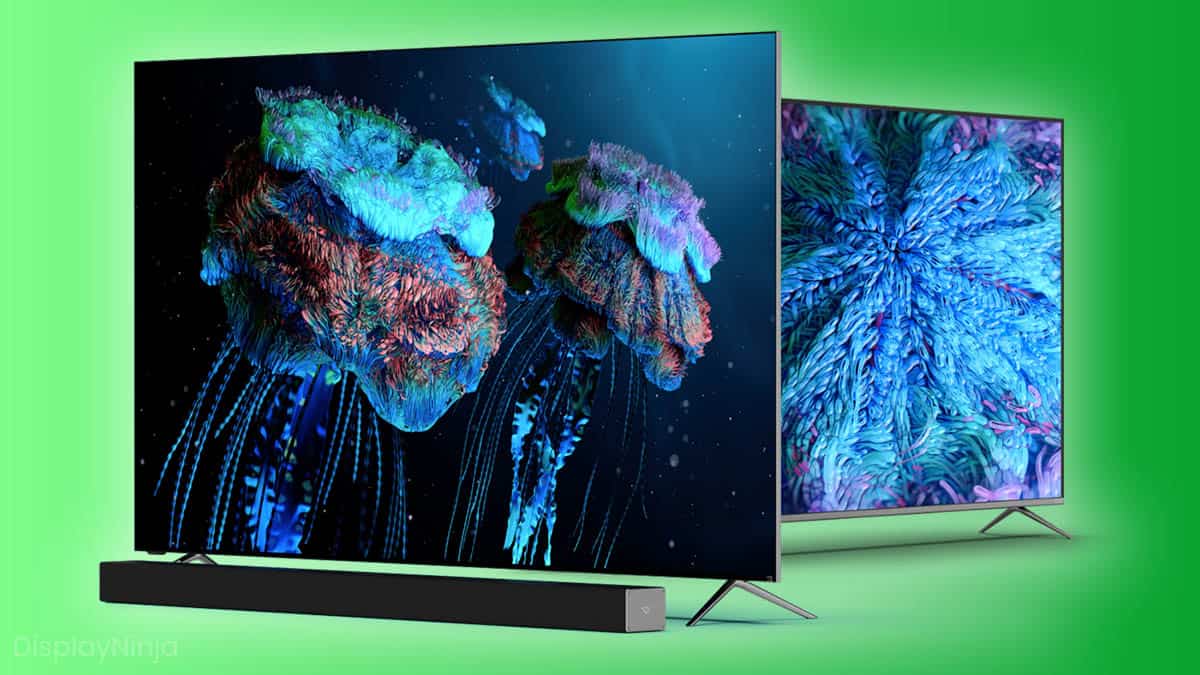 Even if you were to buy two exact same monitors, their image quality and performance will be at least slightly different due to panel variance.

You’ve probably seen the terms panel variance or panel lottery here and there, and wondered what exactly do they imply.

Because each monitor is at least slightly different, even if it is the exact same model, the image quality and performance will vary across individual units.

So, if you were to buy two or more same monitors, these are the things that might be different due to panel variance.

A contrast ratio is a ratio between the brightest white and the darkest black produced by the display, and it’s arguably the most important specification when it comes to image quality.

When a monitor manufacturer specifies a contrast ratio of 1,000:1, for example, it’s actually more of a round number.

Generally, such differences are hardly noticeable in real use, and you’ll most likely get a unit with a contrast ratio close to the specified amount unless you’re particularly lucky or unlucky.

In some cases, monitor manufacturers may specify both minimum and maximum contrast ratio values, though this is very rare.

Sometimes, you might find that a contrast ratio of a certain monitor measured by one reviewer is significantly higher than the one specified by the manufacturer or measured by another reviewer.

This could be due to a mistake or difference in testing methodology. Alternatively, that particular unit might really be of higher quality, though in this case, it may be possible that the manufacturer sent a cherry-picked unit for review.

Either way, keep in mind that if you’re buying a new monitor based on the fact that its contrast ratio is much better than advertised, your particular unit may not be as good.

The peak brightness specification implies how bright the display can get at maximum luminance, measured in nits or cd/m² – for instance, 250 nits.

This specification is rarely below the advertised amount, but it can be notably higher.

It’s generally not an issue as you can always reduce the brightness of the monitor, and if you want a very bright monitor, you should get one with a high peak brightness specified.

Note that brightness varies across different units of monitors at both minimum and maximum levels. Some people might find that setting their particular unit of a monitor to 1/100 brightness can still be too bright for them, though it’s rarely the case.

Most monitors are factory-calibrated, but their colors might not be identical between different units.

So, if you get two same monitors and put them side by side, you might notice that a certain shade of red, for instance, is slightly different on one screen than on the other.

Basically, a monitor with a specified color gamut of 99% sRGB, might only cover 96% of the sRGB color space on one unit, and extend to 101% sRGB on another unit, thus making certain shades more saturated and the difference between the two monitors more apparent, though a ~5% sRGB difference is hardly noticeable.

Using the monitor’s image adjustment tools in the OSD (On-Screen Display) menu, such as contrast, color temperature, etc., you might be able to get both screens to match to an extent you’d be satisfied.

Sometimes, however, the only way to get the colors to match on both monitors is through a dedicated colorimeter and appropriate software.

Just copying OSD settings and using ICC profiles provided by other reviewers who calibrated their unit of the monitor will most likely provide you with different results than theirs.

Related:How To Install An ICC Profile On Windows 10

The result on your unit may be better or worse, so it can’t hurt to try different ICC profiles, including the one provided with your monitor’s drivers (often available at the monitor manufacturer’s website or on the provided CD).

There are professional displays that are factory-calibrated with greater precision, for instance, at Delta E < 2. Even here, one monitor might have a Delta E of 1.5, while another unit of the same monitor can have a Delta E of 0.5, but these differences are not perceptible.

For reference, Delta E < 2 is fit for professional color-critical work, Delta E < 3 is okay, but professionals might notice a difference, whereas a Delta E over 3 is noticeable by most users.

One of the main reasons why colors might look different on two identical monitors is due to different screen uniformity between panels.

On most monitors, brightness is not perfectly even across the entire screen. It’s usually the strongest in the center and slightly lower towards the edges.

On some units, this can be very noticeable. For instance, in the example above, if you were to put a plain white background on the screen, you could notice that the top of the screen is slightly dimmer (less bright or less white).

It’s not uncommon for some monitors to have lower brightness across all four edges of the display, thus creating a visible vignette effect with plain white backgrounds.

The same goes for color uniformity, only in this case, plain white can be a bit colder (bluish) or warmer (reddish, yellowish) at some parts of the screen than the other.

Luckily, these issues don’t affect many units of monitors and in mild cases, they can be tolerated.

So, if you come across a review of a monitor you’re interested in and it’s criticized for having too much IPS glow or backlight bleeding, it doesn’t mean your unit will have the same issue.

In fact, IPS glow – for instance, is often overemphasized as the screen is not properly photographed.

First of all, the camera itself exaggerates the visibility of IPS glow and backlight bleeding, and if the photo is taken in a dark room while the monitor’s showing a completely dark background with its brightness maxed out – it’s not an accurate representation of this issue’s effect in real use.

That’s not to say that a monitor can’t have too much IPS glow/backlight bleed.

In case the amount of light bleeding through the panel is too distracting, it warrants returning the monitor for a refund or replacement, just like dead pixels, but this depends on your particular retailer’s policy (i.e. how many dead/stuck pixels there are, their location, etc).

Sometimes, two of the same monitors might have virtually identical image quality (no visible backlight bleeding, accurate colors, etc.), but their performance might differ due to panel variance.

The monitor’s temperature, for instance, can affect its performance.

A unit that’s warmed up can have slightly better pixel response time and backlight strobing performance. Granted, this difference is very small and most likely imperceptible to most gamers, but it can affect various tests and their results.

The most common and obvious case of panel variance when it comes to gaming performance is associated with Adaptive-Sync, that is, a variable refresh rate technology such as FreeSync.

There are a lot of gaming monitors, mostly those with VA panels, that suffer from the infamous VRR brightness flickering issue – but it only affects some units of these monitors.

It’s a similar story with overclocking.

You might be able to overclock one 60Hz monitor up to ~80Hz or beyond without any issues, but another unit of the same monitor might not even go to 61Hz.

The same goes for extending the VRR range via CRU (Custom Resolution Utility).

Other issues that might affect your particular unit include frame skipping (monitor skips frames, which can be tested here) and pixel walk/inversion (noticeable interlacing artifacts).

Matte vs Glossy Screen – Which Should I Choose?