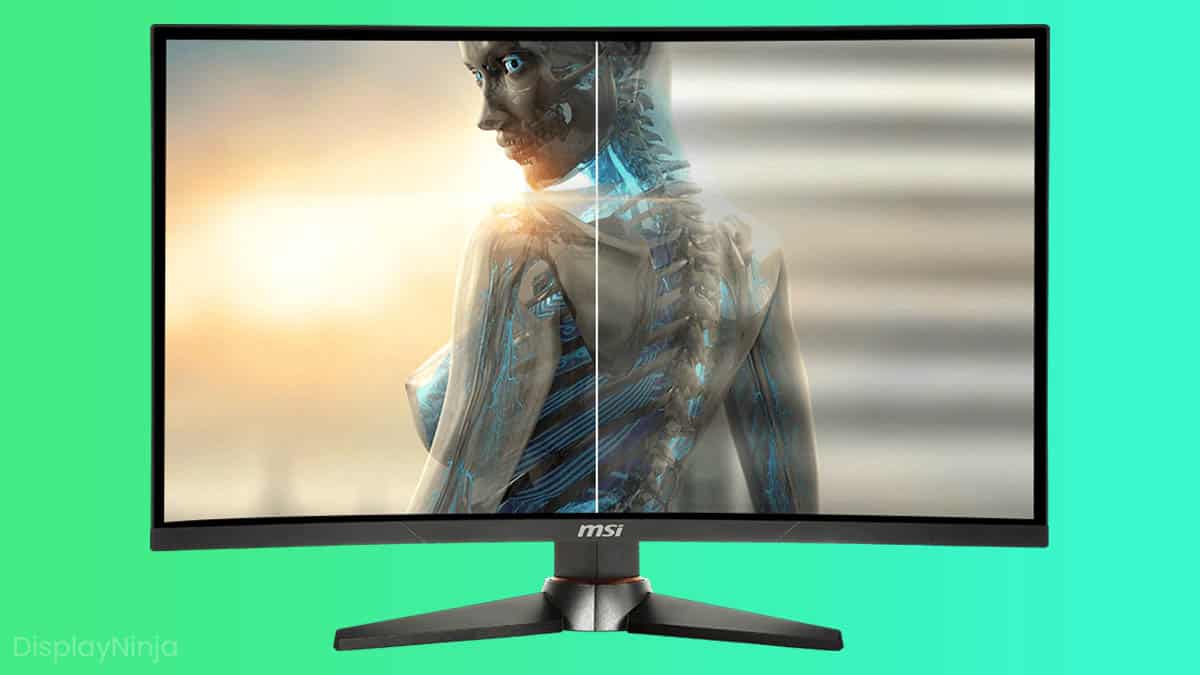 So, you just got a gaming monitor with a variable refresh rate technology and paired it with a compatible graphics card only to find that enabling FreeSync/G-SYNC Compatible causes horrendous brightness flickering?

Don’t give up just yet because there are a few things you can try to prevent or at least reduce the flickering.

FreeSync brightness flickering usually affects high refresh rate VA panels developed by Samsung, but it can also affect displays based on other panel technologies such as IPS, OLED and TN, though it’s not as common.

Now, this issue will not necessarily be present in every game. In some games, you might get unbearable brightness flickering; In others, it might work flawlessly — and in some, it might only occur in loading screens or in-game menus.

Also, keep in mind that one unit of a certain monitor may have this issue, but another unit of the same monitor may work perfectly fine!

It’s a bit of a mystery what’s behind all this, and there hasn’t been any official response by AMD/NVIDIA, but we do know that some units of monitors are simply more prone to having this issue.

Note that Samsung addressed this issue by adding a ‘VRR Control’ option via a firmware update to their Odyssey G7 monitors. However, this mainly replaces occurrences of brightness flicker with micro-stutter.

So, why does it happen, and what can you do to prevent it?

Keep in mind that some VA monitors can also make certain textures on the picture appear as if they’re flickering due to slow dark to bright pixel transitions, usually caused by temporal anti-aliasing. Learn more about this visual artifact and how you can reduce it in our What Is VA Smearing article.

Let’s say you have a 144Hz VA gaming monitor with brightness flickering in some of your games.

There are two main reasons you get brightness flickering: LFC and frequent FPS fluctuation.

If your gaming monitor has a variable refresh rate range of 48-144Hz, it will trigger LFC (Low Framerate Compensation) once your FPS (Frames Per Second) hits 47FPS or less if you have an AMD graphics card.

Now, LFC multiplies your framerate in order to eliminate tearing even when your FPS dips below the monitor’s VRR range. For instance, at 47FPS, it gets tripled to 141Hz.

So, let’s say one second you have 48FPS, and therefore, 48Hz, and then, the next second, your FPS drops to 47FPS, and your refresh rate spikes up to 141Hz.

Because your monitor is brighter at higher refresh rates, brightness oscillates.

If your FPS is constantly around 48FPS, LFC rapidly goes on and off — thus causing brightness flickering.

A simple solution to this is to decrease your picture settings in order to maintain a higher frame rate. Alternatively, you can use CRU (Custom Resolution Utility) to increase the VRR range.

We have a simple guide on how to use CRU.

Just like it’s the case with overclocking, increasing the VRR range will vary across different units of monitors.

So, you might be able to increase the VRR range to 30-144Hz on one monitor while another unit of the same monitor might not even go to 47-144Hz.

In fact, LFC with AMD cards only works if the lower end of the VRR range is at least 2x the maximum refresh rate. For instance, 30-60Hz VRR range means that LFC works, but with 31-60Hz, there’s no LFC support.

By disabling LFC, you’ll have to rely on VSYNC to get rid of screen tearing at lower frame rates, but you can still enjoy FreeSync at higher frame rates with no issues.

On some monitors, the refresh rate might randomly jump to the maximum value (144Hz, for instance), which can cause brightness flickering too. In this case, you can try limiting the VRR range to three below the maximum (48-141Hz).

FreeSync brightness flickering can also occur with FPS fluctuations even if it’s not near the LFC threshold. This mainly happens in poorly optimized games where your FPS is all over the place.

So, the only way to reduce brightness flickering here is to limit the FPS in that game to whatever framerate you can maintain constantly.

When using FreeSync with a compatible NVIDIA graphics card via the G-SYNC Compatible mode, LFC behaves a bit differently than it does with AMD cards.

LFC gets triggered regardless of the monitor’s FreeSync range.

Further, the LFC threshold is usually different when using an NVIDIA GPU. For instance, with many 48-144Hz FreeSync monitors, LFC kicks in at around 60FPS with NVIDIA cards!

Due to this, FPS fluctuations around the LFC threshold will cause the monitor to rapidly go up and down with refresh rates thus causing brightness flickering.

Here’s what you can do:

Because there’s no big difference in brightness at 90Hz and 144Hz, the flickering won’t be noticeable — or it will be significantly less visible. So, between 90 and 144FPS, you’ll get smooth VRR performance.

In more demanding games, you’ll need to cap your FPS to 72 or lower (to prevent the FPS from going over 72).

However, this means that between 72 and 90FPS, you won’t get a variable refresh rate, but depending on the game and your FPS, you can experiment with wider VRR ranges such as 80-144Hz.

If the game you’re playing doesn’t have an FPS tracker or FPS limiter in its settings, we recommend using RTSS.

Thanks to /u/frostygrin for sharing this method of preventing FreeSync brightness flickering with NVIDIA GPUs.

If your frame rate is mostly around 60FPS in a certain game and you have a high refresh rate gaming display, consider lowering the monitor’s refresh rate to 60Hz or 85Hz (via custom resolution) in order to avoid brightness flickering.

This can also help with other issues mostly associated with games locked to 60FPS.

When you lower the monitor’s refresh rate, make sure you also select the appropriate pixel response time overdrive setting.

Input Lag vs Response Time – Which Should I Prioritize For Gaming?