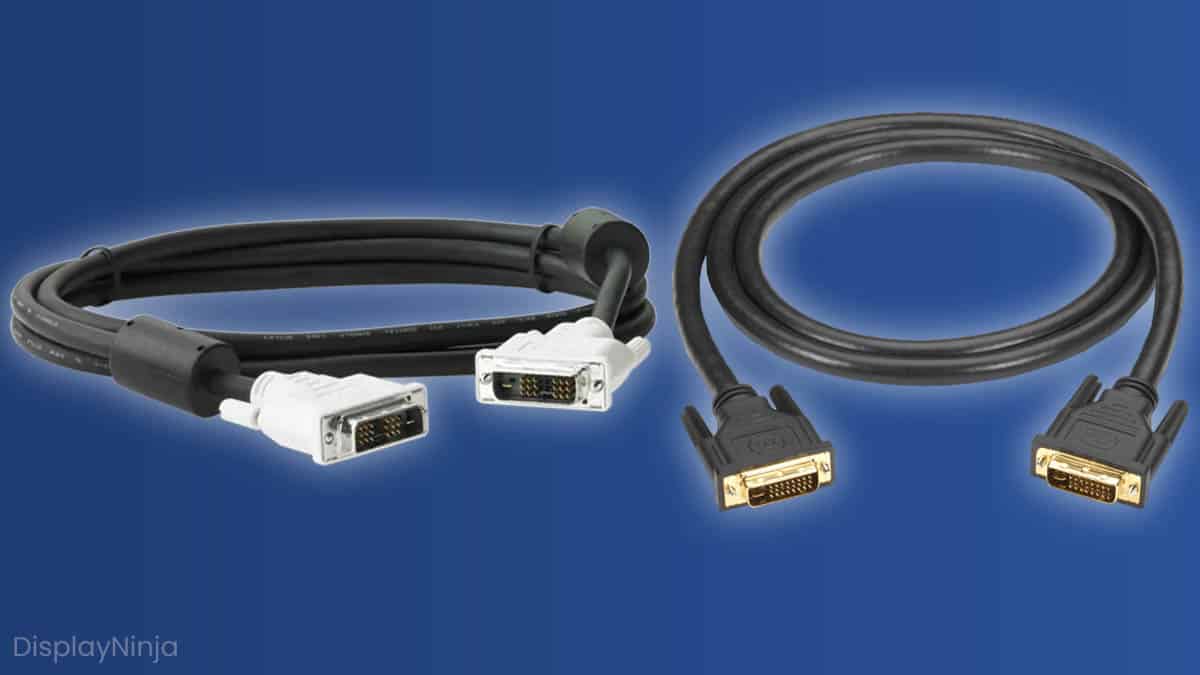 A DVI-D connector sends out a digital signal, while a DVI-I connector can send out both digital and analog signals.

A DVI-D cable is fully compatible with a DVI-I connector — it will only read the digital output and simply ignore the analog.

Most older graphics cards and motherboards include a Digital Video Interface (DVI) connector for connecting a monitor or projector to the computer.

In the picture below, the DVI connector is colored white as opposed to the VGA connector, which is colored blue.

So, as we have already mentioned, a DVI-D connector sends out a digital signal only.

For this reason, a DVI-I connector contains more pins than a DVI-D connector.

Graphics cards and motherboards which carry a DVI-I connector are therefore fully compatible with LCD monitors, which typically have DVI-D ports.

The DVI-D cable will only read the digital output from the DVI-I connector and simply ignore the analog signal.

Lastly, there’s the DVI-A connector, which can only carry out an analog signal, but these are obsolete nowadays.

For every graphics card or motherboard that has a DVI connector, the amount of pins and layout of the pins on the DVI connector differs depending on its type.

Now, DVI is the most versatile connector, as it can be used with HDMI, VGA and DisplayPort devices by using proper adapters.

The Dual-Link connectors utilize all 24 pins, which allow for higher bandwidth.