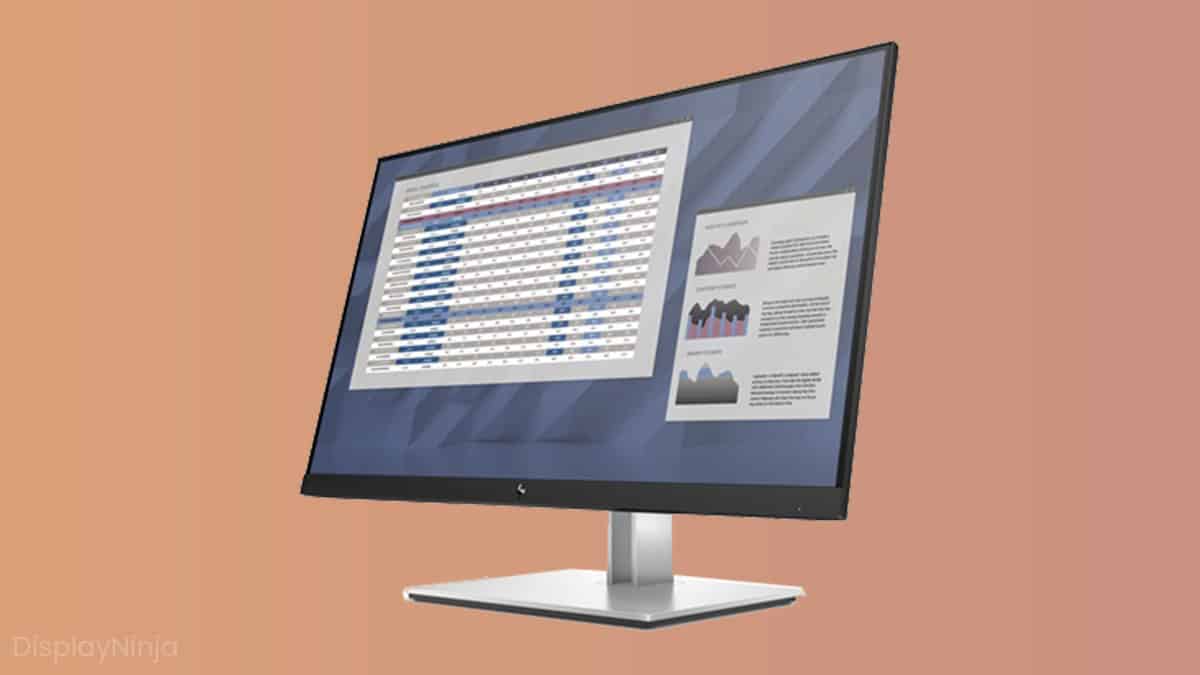 When buying a new monitor it’s easy to get overwhelmed with all the different specifications.

Oftentimes, manufacturers will make things worse by not being clear about certain specs, thus misleading you into getting a product you won’t be happy with.

In this article, we’ll go over every specification manufacturers tend to be vague about and what you need to know about them.

The latest controversy regarding misleading monitor manufacturer specifications is HDMI 2.1.

Basically, the new Version 2.1 of the HDMI Specification makes all HDMI devices HDMI 2.1 compliant; HDMI 2.0 has been replaced by HDMI 2.1, and it’s up to display manufacturers to clarify which features are supported, including FRL4 (Fixed Rate Link) that’s required to achieve uncompressed 4K 120Hz/144Hz.

So, you may begin seeing 1080p 240Hz monitors advertised with HDMI 2.1, for instance, but they’ll only have as much bandwidth as what was previously referred to as HDMI 2.0. While HDMI 2.0 is enough for 1080p 240Hz without any compression, the other HDMI 2.1 features, such as HDMI VRR and ALLM are optional. So, unless the manufacturer says these features are available, they won’t be supported.

A 4K 144Hz gaming monitor advertised with HDMI 2.1 can be limited to 4K 120Hz 4:2:0 unless FRL4 is supported. For the maximum 48Gbps, you’ll need 48G FRL6, though you can get uncompressed 4K 144Hz support with 40G FRL5 as well. Lower FRL bandwidths rely on visually lossless DSC (Display Stream Compression) in order to deliver 4K 144Hz with 10-bit color depth and 4:4:4 signal.

So, what does all this mean to you?

In a nutshell, when you see a monitor with HDMI 2.1, it does not automatically mean it supports the full 48 Gbps bandwidth or features such as DSC, VRR (Variable Refresh Rate), and ALLM (Auto Low Latency Mode). The actual maximum bandwidth and the supported features should be specified by the manufacturer.

While confusing and annoying, this is not new. The maximum supported bandwidth of HDMI 1.4 allows for 1080p 144Hz, but there are numerous old 144Hz gaming monitors limited to 60Hz over their HDMI 1.4 port, which lead to a lot of debates on ‘whether HDMI 1.4 supports 144Hz’ back in the day.

So, it’s essentially a DisplayPort 1.2 input with added HDR support, which Acer called DisplayPort 1.4, but full-fledged DP 1.4 allows for over 200Hz at 1440p 10-bit without any compression.

So, this is another thing to look out for in monitor specifications or reviews. Luckily, most manufacturers have started specifying this type of implementation as ‘DP 1.2 + HDR.’

USB-C can simultaneously transfer audio/video signal (DisplayPort Alternate Mode), charge the device by up to 240W (Power Delivery) and transfer data with just one cable!

However, just because a monitor has a USB-C port, it doesn’t mean it supports all of these features – it could just offer data transfer as the upstream USB port.

Again, you’ll have to dig through the specifications to see if DisplayPort Alternate Mode and Power Delivery are specified. We have a list of USB-C monitors that support DP Alt Mode and PD of at least 45W.

Certifications are meant to clarify what features you’re getting with a certain product, but they often cause more harm than good. Here are a few you should pay close attention to.

However, NVIDIA then lowered the requirements for the G-SYNC Ultimate certification from 1,000-nits peak brightness, wide color gamut and multi-zone backlight to just ‘lifelike HDR.’

Since you can no longer rely on G-SYNC Ultimate certification to get an amazing HDR viewing experience, you can use our HDR monitor list and filter monitors with local dimming (as well as the number of zones) and select the VRR option of your choice.

Some manufacturers will advertise a monitor as G-SYNC Compatible even though it hasn’t been officially validated by NVIDIA as such. It may still be in the testing process – or it may have been validated but is yet to receive the official driver update; however, unless it’s on NVIDIA’s list of G-SYNC Compatible monitors, we can’t know for sure.

To be fair, the majority of uncertified monitors offer stable and smooth VRR performance when using Adaptive-Sync with NVIDIA cards, even if they’re not officially ‘G-SYNC Compatible’ (excluding VA panel models susceptible to brightness flickering).

So, if a manufacturer advertises a monitor as ‘G-SYNC Compatible’, check out NVIDIA’s list too if you want to be sure. In case it’s not listed there, look for reviews that cover the monitor’s VRR performance to learn more about it.

Some manufacturers also advertise ‘G-SYNC Compatible’ monitors as ‘G-SYNC’, which is misleading as that would imply that the display has a dedicated G-SYNC module instead of relying on Adaptive-Sync for VRR.

So, an IPS monitor with a 1,000:1 contrast ratio, basic sRGB gamut coverage and 400-nit peak brightness can be certified as DisplayHDR 400.

However, a VA monitor with a higher 3,000:1 contrast ratio and a wider color gamut, but a slightly lower 350-nit peak brightness doesn’t meet the HDR400 requirements – even if it offers a better HDR picture.

In truth, neither of these examples offer a noteworthy HDR viewing experience, which is why the entry-level HDR400 certification is mostly meaningless.

The DisplayHDR 600 certification requires a 600-nit peak brightness, wide color gamut and some sort of local dimming, so you at least get some improvement in HDR image quality in comparison to SDR.

Now, the next tier – DisplayHDR 1000 basically just ups the peak brightness requirement to 1,000-nits. So, while you get a brighter image in comparison to HDR600 with punchier highlights, the local dimming and color gamut requirements are the same.

There are HDR1000 monitors with 8 dimming zones and with 2000; the latter obviously offers a drastically better HDR image quality. Therefore, if you want a monitor with amazing HDR picture quality, just seeing the DisplayHDR 1000 certification won’t do, you’ll have to look for the number of dimming zones.

To sum up, HDR-400 is mostly meaningless and you can ignore it. HDR-600 offers at least some improvement, but it’s just a glimpse of what HDR can truly do.

HDR-1000 can either be just a brighter version of HDR-600 or actually offer a spectacular HDR image quality, so you’ll have to check for the number of dimming zones under monitor specifications or online reviews.

The HDR-1400 and True Black certifications have more demanding requirements, so monitors that meet those qualifications do offer great HDR image quality.

At any rate, you can use our HDR monitor list and filter the displays by the number of dimming zones, peak brightness and other specs instead of relying on certifications.

VESA’s latest AdaptiveSync and ClearMR certifications also have plenty of overlooked requirements, so we hope that they don’t become as widely used as DisplayHDR or that they at least update these standards.

Yet another thing you should pay close attention to is the response time specification. The GtG (gray to gray) response time measure refers to how fast the monitor can change pixels from one shade of gray into another. A slow response time results in noticeable trailing (i.e. ghosting) behind fast-moving objects.

There is another measure called MPRT (Moving Picture Response Time) that refers to how long a pixel is visible for, and it’s usually used to assess the monitor’s Motion Blur Reduction technology. The GtG and MPRT measures are not comparable. 1ms MPRT is not necessarily better or faster than 4ms GtG.

So, if you see that a monitor has a specified 1ms response time speed, but it’s not clear whether it’s GtG or MPRT – it’s usually MPRT, which doesn’t tell you much about the display’s pixel transition performance in real use.

In case you play a lot of fast-paced games and want smooth performance without trailing, it’s best to select a monitor with a 1ms GtG specified response time speed.

The 1ms GtG measure specified by the manufacturers is also misleading since it refers to the fastest pixel transition possible with aggressive overdrive – not on average.

However, all monitors with the 1ms GtG specification have given good results so far, but depending on the model, you might need to properly adjust the overdrive settings. There are also many IPS monitors with 4ms GtG that are quick enough for blur-free fast-paced gaming.

You may have seen monitors with a specified color gamut of 125% sRGB, for instance.

This implies that the monitor’s native color gamut is 25% larger than the sRGB color space.

However, it doesn’t necessarily mean that it covers 100% of the sRGB color space since the monitor may be able to produce a lot of colors outside of the sRGB gamut, but not all within it.

Since the sRGB color space is not that big, most monitors with ~125% sRGB gamut do, in fact, cover at least ~97% of the sRGB color space but if you’re looking at a different specification of a wider color gamut, such as 107% Adobe RGB, the actual coverage of that color space will most likely be considerably lower.

Usually, monitor manufacturers only use the relative gamut coverage for sRGB and show the actual gamut coverage of other color spaces. Some will reveal both relative and actual for all the colors spaces, but if you see suspicious specs (such as over 100% Adobe RGB and DCI-P3), be sure to check out reviews for more information.

Some manufacturers will advertise monitors where the image covers the entire screen edge to edge, whereas, in reality, there are actually a few millimeter thick black borders all around the screen!

Hopefully, this article will help clear the air on some misleading monitor specifications. If you’re still not sure about some of the specifications, don’t hesitate to leave us a comment below!

When Is The Best Time To Buy A Monitor?