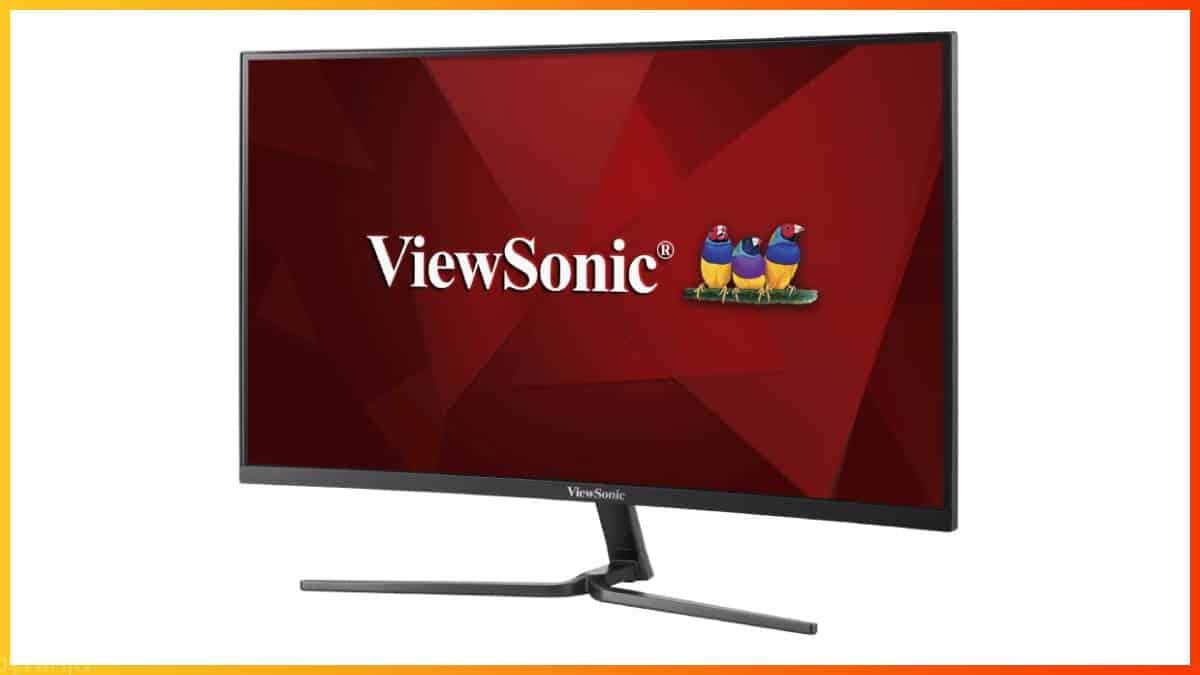 The ViewSonic VX2758 is an overall decent gaming monitor, but there are better alternatives for the money.

The ViewSonic VX2758 is an affordable 27″ 1080p 144Hz gaming monitor with a curved VA panel. However, it has no DisplayPort input, which we find to be a deal-breaker considering that the monitor supports AMD FreeSync; so, you won’t be able to use FreeSync with compatible NVIDIA cards.

What’s more, there are similarly priced alternatives that not only offer both DisplayPort and FreeSync, but are also certified by NVIDIA as G-SYNC compatible.

For video games, everyday use, movies, and other multimedia purposes, such low pixel density is bearable as you can sit a bit further from the screen to make the pixels less distinguishable. Additionally, in video games, you can apply some anti-aliasing to enhance the picture quality.

When it comes to office-related tasks, we don’t recommend such low pixel density as you’ll have limited screen space, and small items such as text and icons won’t be as sharp and clear as they’d be on a 24″ 1080p display, for instance.

The ViewSonic VX2758 input lag amounts to only ~5ms of delay, which is not noticeable even by professional gamers.

The response time speed, on the other hand, is not as fast. The pixels cannot transition from one color to another as quickly as the display refreshes the image, which results in visible trailing of fast-moving objects, especially with darker pixels.

So, in fast-paced games, especially in darker ones, there will be prominent ghosting and motion blur. Note that the same problem occurs in almost all high refresh rate VA displays.

Moving on, the ViewSonic VX2758 monitor supports AMD FreeSync, but as already mentioned, only over HDMI. So, you will only be able to use it if you have an AMD graphics card or the Xbox One.

FreeSync synchronizes the monitor’s refresh rate with your GPU’s frame rate and thus eliminates all screen tearing and stuttering as long as your FPS (Frames Per Second) is within the variable refresh rate (VRR) range.

You will also find the standard adjustments, such as brightness/contrast, sharpness, color temperature, 6-axis hue/saturation, and six gamma presets.

Connectivity options include HDMI 1.4, HDMI 2.0, VGA, a headphones jack, and an audio line-in port for the two 2W integrated speakers.

The design is as lacking as the connectivity since the monitor is not VESA mount compatible and its stand is tilt-only by -5°/20°.

While the ViewSonic VX2758 144Hz gaming monitor does offer a decent image quality and performance, there are a lot better choices for the money.

Even if you currently have an AMD graphics card that supports FreeSync over HDMI, you should get a monitor which has a DisplayPort input as well.

This way, when you wish to upgrade your graphics card, you can choose between both NVIDIA and AMD FreeSync-compatible GPUs for variable refresh rate.