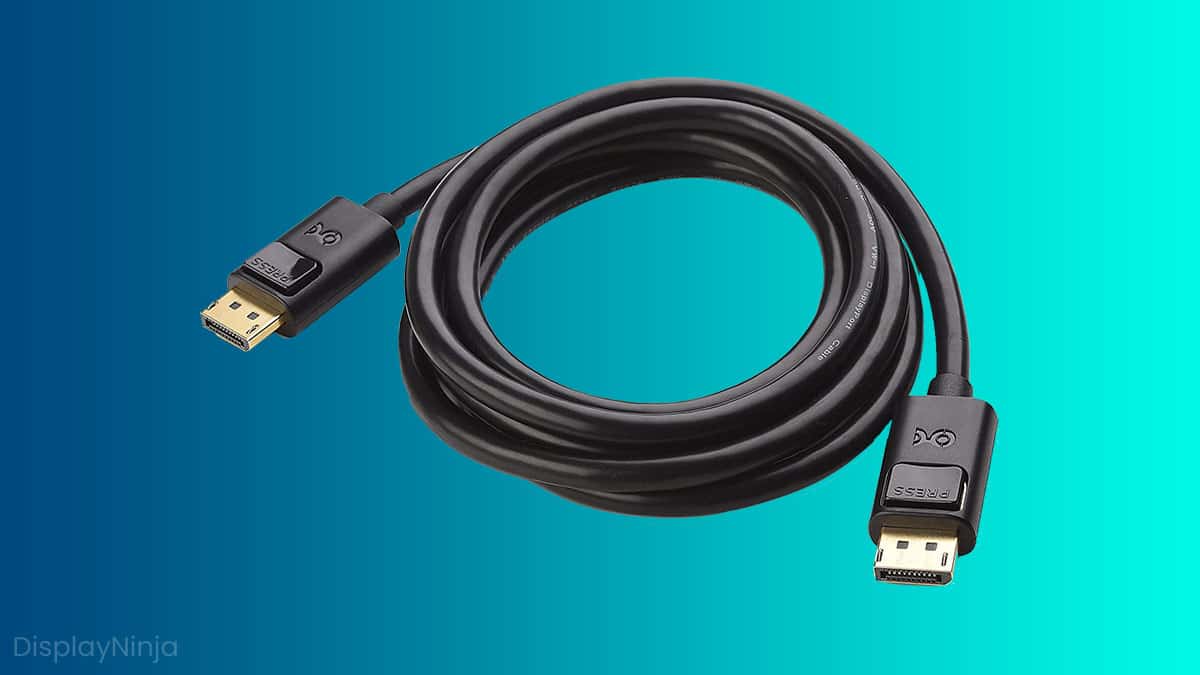 The DisplayPort interface version 2.1 allows for a maximum bandwidth of up to 80 Gbps, depending on the transmission mode. It’s backward compatible with the previous DisplayPort standards, and supports DSC and MST as a baseline.

With newer monitors getting higher and higher refresh rates and resolutions, and newer graphics cards and CPUs getting a lot faster, we’re going to need a video interface that’ll be able to keep up with all that – preferably without compressions!

This is where DisplayPort 2.1 comes in.

Thanks to DSC (Display Stream Compression), which is visually lossless, DisplayPort 1.4 and HDMI 2.1 can already support very high resolutions and refresh rates, so when exactly will we be able to take full advantage of DisplayPort 2.1?

DisplayPort 2.1 can triple the maximum bandwidth of DisplayPort 1.4, depending on its transmission mode.

As you can see, DP 2.1 also has higher efficiency regarding the maximum bandwidth capacity and actual data rate thanks to its 128b/323b encoding:

In order for a device to have ‘DisplayPort 2.1’, it must support DSC and at least one of the following three features:

MST (Multi-Stream Transport) used for daisy-chaining is now a baseline of DP 2.1.

This means that a DP 2.1 device might not necessarily support UHBR and therefore be limited to a bandwidth of HBR3, which can be very misleading. So, once we finally see DP 2.1 devices, you’ll have to pay attention to their transmission modes, which will hopefully be clearly specified by manufacturers.

Sadly, this is also the case with HDMI 2.1 as it has different fixed rate link (FRL) rates, ranging from FRL1 with 9 Gbps to FRL6 with 48 Gbps.

Even the DisplayPort 1.4 specification can be misleading since some monitor manufacturers advertise their displays to have DP 1.4 as they have HDR support (which DP 1.2 does not) – even though they’re limited to HBR2 bandwidth (21.6 Gbps or 17.28 Gbps data rate).

The DisplayPort logo for DP 2.1 devices remains the same as the older ones, so you’ll have to rely on the specified bandwidth capacity.

Another thing to note is that, just like with the previous DisplayPort standards, there’s no difference between full-sized DisplayPort and mini-DisplayPort interfaces, besides the size of the physical connector.

AMD also revealed that the next version of the Samsung Odyssey Neo G9 will feature an ‘8K ultrawide’ resolution (most likely 7680×2160) that’ll be run by DisplayPort 2.1.

We tried to keep this article short with the most important information. VESA is yet to reveal a list of all optional features, but you can find more technical information on their website.

Of course, it wouldn’t be a VESA certification if there weren’t any room for potential misinformation and confusion since DP 2.1 can basically have the same maximum bandwidth as DP 1.4 if it doesn’t support the optional UHBR feature. So, people will have to pay attention to the (hopefully) specified DP 2.1 maximum bandwidth and data rate by the display manufacturer.