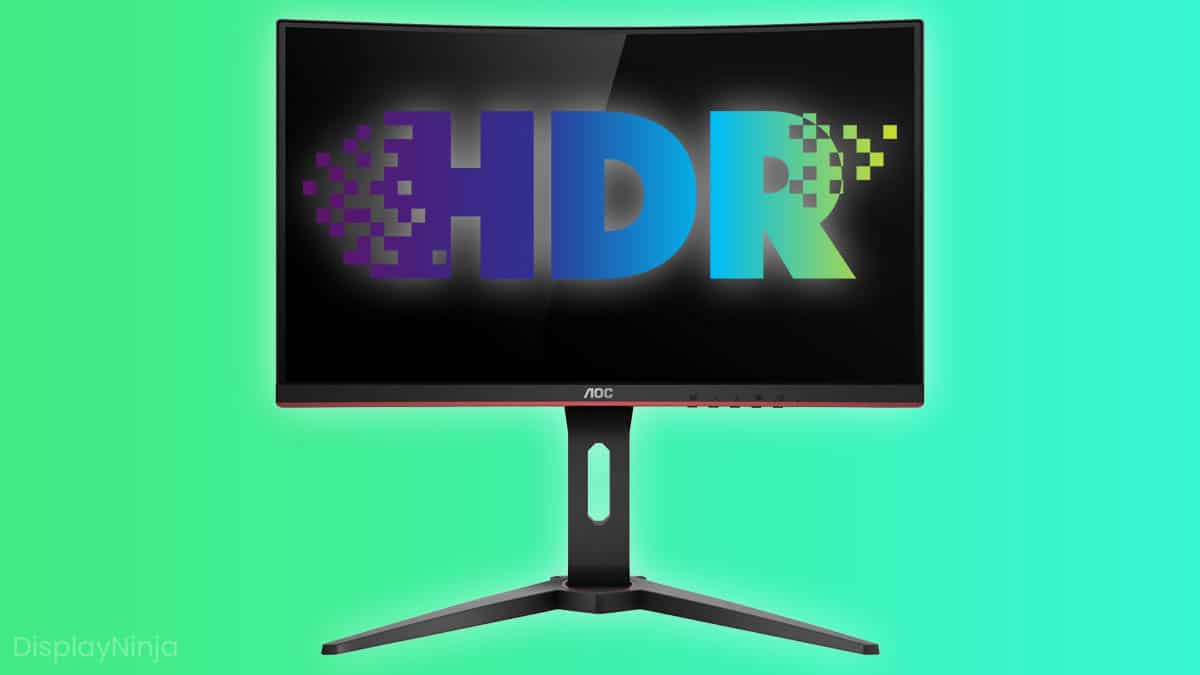 Looking for a new monitor for gaming and wondering whether you should get one that supports HDR (High Dynamic Range) while you’re at it?

HDR has been getting a lot of attention lately. We’ve seen many HDR monitors released over the last couple of years and we expect even more coming up.

Does this mean HDR is the next major thing and a must-have element for your next display? Well, it depends.

What Does HDR Do?

HDR monitors accept the HDR signal of compatible content and improve the picture quality by extending the contrast ratio, color gamut, and peak brightness thus bringing the image closer to how its creator intended it.

There are various HDR formats, but when it comes to PC gaming, the most essential one is HDR10 as it’s open standard and primarily used by video game developers and monitor manufacturers.

Not all HDR10 monitors will give you the same viewing experience. Some offer a significantly better image quality, while others provide you with a barely visible upgrade.

Due to the lack of proper certification for HDR capability of a specific monitor by their manufacturers, it’s not enough for a display to simply be ‘HDR-compatible.’

When buying an HDR monitor, pay attention to the display’s specifications, specifically the peak brightness, color gamut, contrast ratio and most importantly, local dimming (unless it’s an OLED monitor).

VESA’s (Video Electronics Standards Association) DisplayHDR certification is one way to know what the HDR on the monitor means, more or less.

DisplayHDR 400 monitors offer only a slightly higher peak brightness than regular SDR monitors, so these displays should be avoided if you’re buying them solely because of HDR support.

DisplayHDR 600 and 1000 can offer significant improvement over DisplayHDR 400, but only if the monitor supports full-array local dimming.

For instance, one DisplayHDR 1000 monitor might have only 32 edge-lit dimming zones, while another monitor with the same certification might have 1,000+ zones! Needless to say, HDR will look drastically better on the model with more dimming zones as it allows for better backlight control.

The more dimming zones, the better, and for the ‘true’ HDR picture quality on a LED-backlit monitor, a full-array local dimming solution is a must!

So, instead of relying on various HDR certifications, look for the number of dimming zones and other specifications. We have a list of all HDR monitors where you can filter them by zone count and other specs/features!

OLED monitors, on the other hand, are self-emissive and don’t need a backlight or local dimming as each pixel produces its own light, resulting in true blacks and an infinite contrast ratio. This also means you’ll get amazing HDR image quality, but some OLED displays can’t get quite as bright as LED or mini LED LCDs.

These displays can accept and process the HDR signal but their hardware cannot improve the picture quality, not even with a boost in peak brightness like DisplayHDR 400.

In this case, you’re better off spending that money on a higher resolution or a higher refresh rate as it’d give you a better experience overall than an HDR monitor with fake HDR.

Overall, if you’re looking for a monitor with excellent HDR image quality, we recommend getting an OLED display, such as the Dell AW3423DW or the LG OLED48C1.

In case you want an LCD instead, make sure it has a proper full-array local dimming solution. We recommend one of the upcoming mini LED monitors as they’ll be better and cheaper than the current-gen models.

There are some edge-lit HDR monitors with local dimming that do offer an improvement over SDR in some scenes, but they’re far from the true HDR experience. We don’t recommend these if your main interest is HDR.