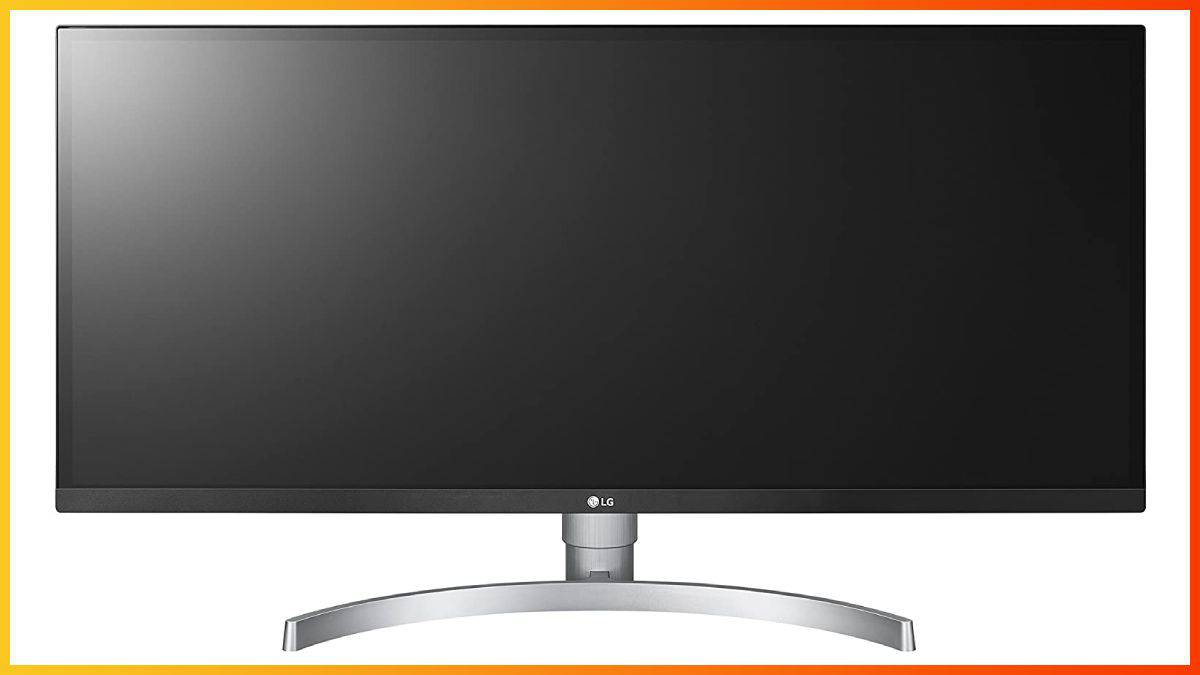 However, its screen resolution is only 2560×1080, which makes it unsuitable for the type of work that requires a lot of screen space.

For gaming, watching movies, and occasional web surfing, it will do just fine!

The LG 34WK650 gaming monitor is based on LG’s AH-IPS panel and it is factory-calibrated to cover 99% of the sRGB color space with 8-bit color depth support via dithering (6-bit + FRC). This ensures accurate, consistent and vibrant colors.

The monitor’s screen resolution will most likely be the deciding factor for most people.

Due to its huge 34-inch size, the 2560×1080 UWHD resolution provides you with only 81 PPI (Pixels Per Inch). Consequently, individual pixels become easily distinguishable at a close distance, which makes tiny items such as text smudgy and blurry.

This is why most people avoid monitors with a low pixel density. In video games, however, this isn’t an issue, especially if you’re sitting a bit further from the screen, which you’ll undoubtedly need to do since the monitor is quite large.

In short, if you intended on mainly playing PC and/or console games, watching movies, and web surfing, the LG 34WK650 monitor is worth considering.

In case you also do a lot of reading and typing, consider the smaller 29-inch version instead – the LG 29WK600; it offers the identical specs as the 34WK650, but since it’s smaller, it has a higher pixel density and therefore a much clearer and sharper image. Plus, it’s cheaper!

Further, the monitor offers HDR10 support, which can make the image quality of HDR10-compatible content more lifelike by increasing its brightness, contrast, and color range.

Alas, the HDR support of the LG 34WK650 is software-enabled only or as some would refer to it – fake HDR.

So, what does it mean?

It means that while the LG 34WK650 can accept the HDR10 signal and display an HDR picture, it won’t be nearly as bright and vibrant as it’s on displays with the “true” HDR support.

In other words, for HDR content to really stand out, a monitor should at least have a peak brightness of 600 nits, proper local dimming and decent coverage of the DCI-P3 color space.

In contrast, the LG 34WK650 has only an average 300-nit maximum luminance and only the standard sRGB color gamut coverage.

So, while enabling HDR for compatible video games and movies can make the image look a bit better, some content will just have over-brightened or washed-out colors.

When all things are considered, some games/movies will look better with HDR, and some will not, which is acceptable as the monitor doesn’t add a premium price for its HDR capabilities. Just don’t expect an amazing HDR viewing experience.

The response time of 5ms eliminates most of the ghosting and trailing of fast-moving objects, while the 75Hz refresh rate adds a noticeable boost in motion clarity in comparison to the standard 60Hz monitors.

Additionally, if you connect the monitor to a FreeSync-compatible graphics card or a compatible Xbox One console, you get a variable refresh rate.

By synchronizing the frame rate and refresh rate between the GPU and the monitor, the dynamic refresh rate eliminates all screen tearing and stuttering.

Note that FreeSync also works without any issues when using a compatible NVIDIA G-SYNC graphics card.

The LG 34WK650 75Hz monitor offers plenty of useful features for both gaming and everyday use.

You will also find pre-calibrated picture presets for FPS and RTS genres, as well as a customizable profile. Lastly, you can place a custom crosshair on the screen for better precision in FPS games.

The OSD (On-Screen Display) menu is user-friendly and easily navigated using the joystick placed beneath the screen.

Moving on, the LG 34WK650 also has a feature called ‘HDR Effect,’ which simulates HDR for non-HDR content. There are also a few different HDR presets for HDR content, such as HDR Game, HDR Cinema, etc.

Other exclusive features include ‘On-Screen Control,’ which allows you to adjust most of the OSD settings in a desktop application and ‘Screen Split’ for simplified multitasking.

The LG 34WK650-W boasts a modern design with thin bezels at the sides and at the top. The ‘-W’ suffix stands for the white color of the monitor.

Connectivity includes two HDMI ports and one DisplayPort input as well as two 5W built-in MaxxAudio speakers and a headphone jack. Lastly, the screen is coated with an anti-glare 3H treatment to eliminate light reflections.

For gamers, we recommend the MSI MAG301RF instead. It has a smaller 30″ screen, so the 2560×1080 resolution results in a sharper image. Moreover, it has a higher 200Hz refresh rate and a rapid 1ms response time speed for drastically smoother performance.

For office-related use, we recommend getting a 34″ ultrawide monitor with a higher 3440×1440 resolution for more screen space and sharper text/details. The Samsung S34J55W with a VA panel can be found for as low as $300.

Be sure to visit our always up-to-date best ultrawide monitors buyer’s guide for more information and the best deals currently available.

All in all, the LG 34WK650 is a decent ultrawide monitor, but there are better options around this price range.