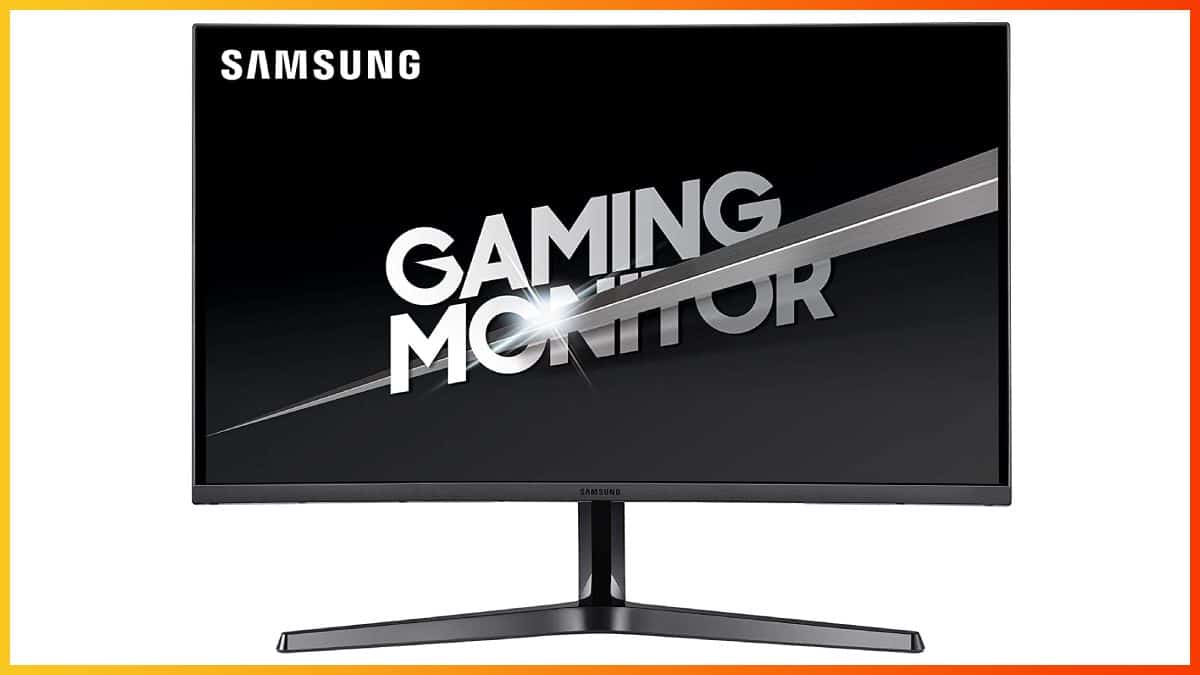 The Samsung C27JG50/C32JG50 is missing one of the most essential (and free) gaming features. Given that there are equally priced FreeSync models based on the same panel, we recommend avoiding the CJG5 displays unless you happen to stumble upon a huge discount.

So, is it worth the money?

The C32JG53 is also the only model to support AMD FreeSync.

The CJG56 models feature AMD FreeSync and we highly recommend them over the CJG50 variants.

In addition, 1440p provides the perfect pixel-per-inch ratio of 108 PPI on the 27″ screen of this curved gaming monitor, which results in sharp details and plenty of screen real estate without any scaling necessary whatsoever.

VA panels also have wide 178-degree viewing angles, so there will be no major shifts, in contrast, brightness, or color when you look at the screen from distorted angles.

In comparison to other panel technologies (IPS and TN), you get the best contrast ratio, but also the slowest response time, which will result in visible trailing of fast-moving objects.

The same panel is used in the more popular MSI Optix MAG271CQ and the Viotek GN27DB/GN27DW 1440p 144Hz FreeSync models, which we’ll cover later in the review.

In fact, the CJG5 monitors are basically the CHG70 (Samsung C27HG70, Samsung C32HG70) displays, but without FreeSync, HDR, or the quantum dot technology.

The main downside of the Samsung C27JG50 monitor is that it has no FreeSync support, which is weird considering FreeSync is royalty-free and that its implementation wouldn’t have raised the monitor’s price.

Understandably, this will be a big deal-breaker for most people, especially now that FreeSync works with compatible NVIDIA cards as well.

FreeSync synchronizes the monitor’s refresh rate to the GPU’s frame rate, which eliminates screen tearing and stuttering within the variable refresh rate (VRR) range, which usually amounts to around 48-144Hz.

Now, at higher frame rates, screen tearing is not that noticeable, so if you’re not sensitive to it, you should consider the Samsung C27JG50.

Other than that, the performance of the Samsung C27JG50 is very good, with only ~5ms of imperceptible input lag.

Ghosting is visible, especially when dark pixels are involved, but that’s expected from VA panels. And on this monitor, the amount of trailing and motion blur in fast-paced games is tolerable unless you’re a hardcore competitive FPS gamer.

You will also find all the standard adjustments, such as brightness/contrast, three gamma presets, color temperature settings, image sharpness, etc.

The Samsung C27JG50 price usually amounts to around $300, depending on the region.

For ~$250, you can get the AOC CQ27G2, which is based on the same panel and offers AMD FreeSync, a more ergonomic stand, and a wider color gamut!

Overall, due to the lack of AMD FreeSync and the availability of similarly priced models with FreeSync which are based on the same Samsung VA panel, we don’t recommend the CJG50/52 displays unless you find them on a huge sale.