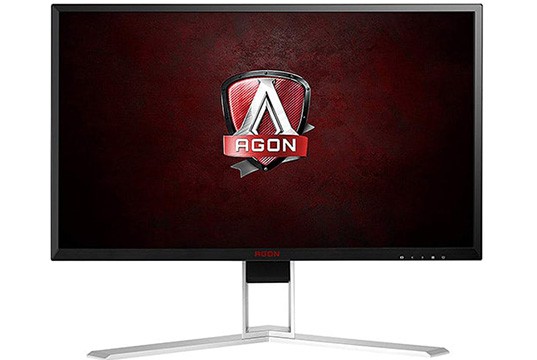 The AOC AG241QX is one of the cheapest 1440p 144Hz 1ms gaming monitors available, yet it offers plenty of valuable features such as G-SYNC compatibility, wide VRR range, rich connectivity options, and a great design. If you prefer its 24″ size over the 27″ alternatives, it’s the monitor for you.

The AOC AG241QX is the cheapest 1440p 144Hz 1ms gaming monitor you can get. Plus, it features official G-SYNC compatibility, a wide variable refresh rate (VRR) range of 30-144Hz, and lots of additional features!

In comparison to the other panel technologies (IPS and VA), you’re getting a lower picture quality, narrow viewing angles, but a faster response time speed.

A 1440p 144Hz gaming monitor with a VA panel, for instance, has a slower response time speed, which results in prominent smearing and ghosting in fast-paced games. The advantage of VA panels, though, is the high contrast ratio which provides deeper and more vivid dark shades.

An IPS version of a 1440p 144Hz display offers a good balance between TN and VA.

You get more accurate and vibrant colors, while the contrast ratio is also around 1,000:1. The response time is not as fast as that of TN panels, but it’s sufficient to eliminate most of the trailing in video games. IPS models, however, are also more expensive.

Because such high pixel density makes the desktop very spacious, small items such as text will appear tiny and may be difficult to read without scaling to ~125% in the display settings.

Moving on, the AOC AG241QX has a very low input lag performance of only 5ms. If you enable the Low Input Lag feature in the OSD (On-Screen Display) menu, the monitor will bypass certain video processing to decrease input lag to ~4ms further.

In addition to the rapid 1ms response time speed and 144Hz refresh rate, the performance is buttery smooth, making for a responsive and enjoyable gaming experience.

To completely get rid of screen tearing and stuttering, there’s AMD FreeSync, which synchronizes the monitor’s refresh rate with your GPU’s frame rate.

Furthermore, the monitor has an excellent VRR range of 30-144Hz, ensuring smooth performance without tearing nor stuttering even at lower frame rates.

Lastly, the backlight of the AOC AG241QX 144Hz monitor is flicker-free, and there’s an integrated low-blue light filter that prevents eye strain and fatigue. 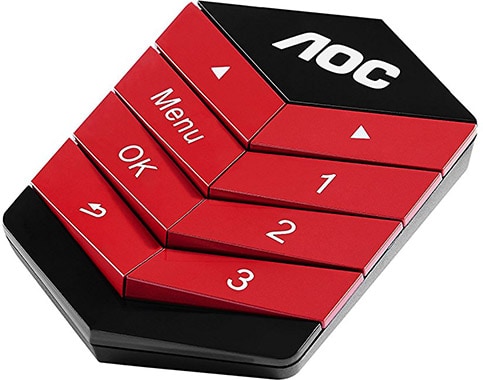 You also get the QuickSwitch device that you connect to the monitor’s mini-USB port. This device allows you to remotely navigate through the menu and quickly toggle between picture presets. 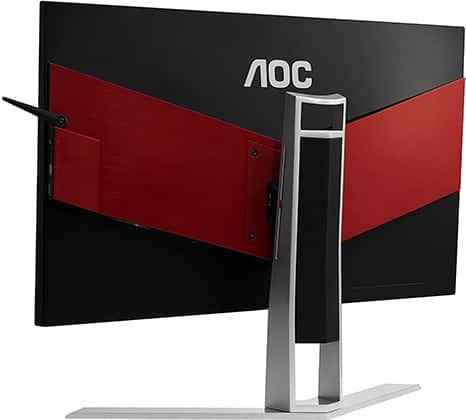 The AOC Agon AG241QX 1440p display has a sturdy and versatile design with VESA mount compatibility, up to 130mm height adjustment, +/- 20° swivel, -4°/22° tilt, and 90° pivot. It also has a headphones hook, cable management, and a carrying handle.

Connectivity options are quite abundant and include DisplayPort 1.2, two HDMI 2.0 ports, VGA, DVI, a headphones jack, a microphone jack, two 3W integrated speakers, a mini-USB port, and a quad-USB 3.0 hub with fast-charging.

The AOC AG241QX price ranges from ~$310 to $350, which makes it one of the cheapest 1440p 144Hz gaming monitors. Add to that its extensive ergonomics and connectivity options as well as the range of gaming features, including G-SYNC compatibility and wide VRR range, and you get a pretty sweet deal.

While some will find that a screen size of 24″ is big enough, those who want a larger monitor can check out the 27″ model called the AOC AG271QX with all the same features. It’s not officially G-SYNC compatible, though, but it does provide a stable VRR performance without any issues.

Note that for roughly the same amount of money, you can get a 1080p 240Hz gaming monitor instead for a better performance in competitive games. Visit our best gaming monitor buyer’s guide for more information and the best monitor deals.