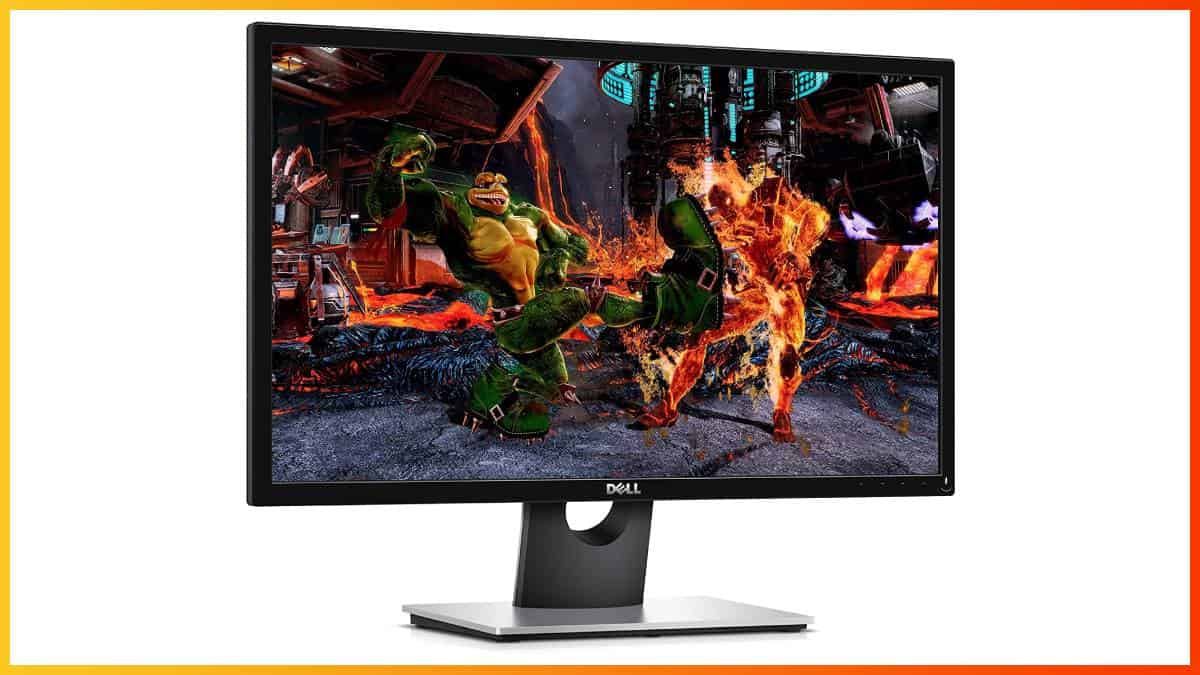 The Dell SE2417HG is an all-around solid monitor for gaming, but for the same amount of money, you can find a better display.

Based on a TN (Twisted Nematic) panel with a 300-nit peak brightness, a 1,000:1 contrast ratio, and 8-bit color depth, the Dell SE2417HG isn’t all that different from modern TN panels.

The viewing angles are 160° vertically and 170° horizontally, which is also standard for TN monitors.

So, the image will shift in color and contrast if you look at it from skewed angles i.e., from above, below, or sides.

The Full HD resolution on the 23.6″ viewable screen of the Dell SE2417HG monitors results in a pixel density of 93.34 pixels per inch, which means you get a sharp and clear picture quality.

However, for the same amount of money, you could get a 24″ 1080p monitor with an IPS panel, which will provide you with a lot more vivid colors as well as wider viewing angles.

There is no prominent ghosting, trailing, nor motion blur of fast-moving objects.

The fact that it’s only a 60Hz display and that it doesn’t support AMD FreeSync, on the other hand, will repulse most gamers. 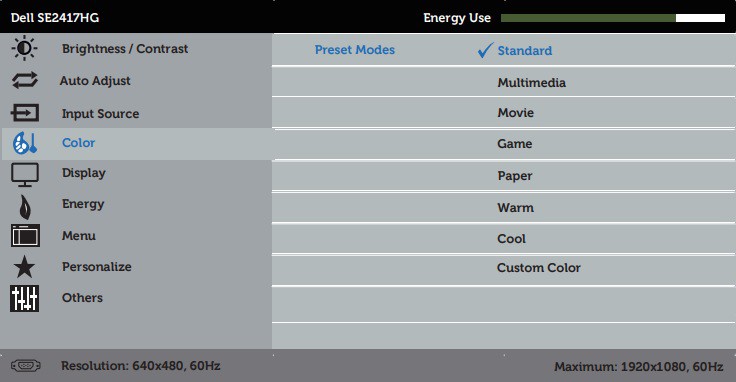 There are five monitor hotkeys in total, which you can use to swap between the picture quickly presets (shown above), adjust brightness/contrast, navigate the OSD (On-Screen Display) menu, and turn the monitor on/off.

In the OSD menu, you will also find the following noteworthy settings: hue, saturation, color format (RGB and YPbPr), aspect ratio (16:9, 4:3, and 5:4), sharpness, and Response Time (normal and fast).

The Dell SE2417HG has a tilt-only (-5°/21°) design, and it’s not VESA mount compatible. Connectivity options include two HDMI 1.4 ports, a VGA port, and audio line-out.

The Dell SE2417HG price amounts to around $150. Visit our best gaming monitor under $100 buyer’s guide for better alternatives.

We highly recommend the Acer SB220Q if your budget is under $100. It’s a 21.5″ display, but it has an IPS panel with vibrant colors and plenty of additional gaming traits, including AMD FreeSync up to 75Hz.

While the Dell SE2417HG display delivers reliable performance and decent image quality, there are many new monitors available that simply offer better value for the money.