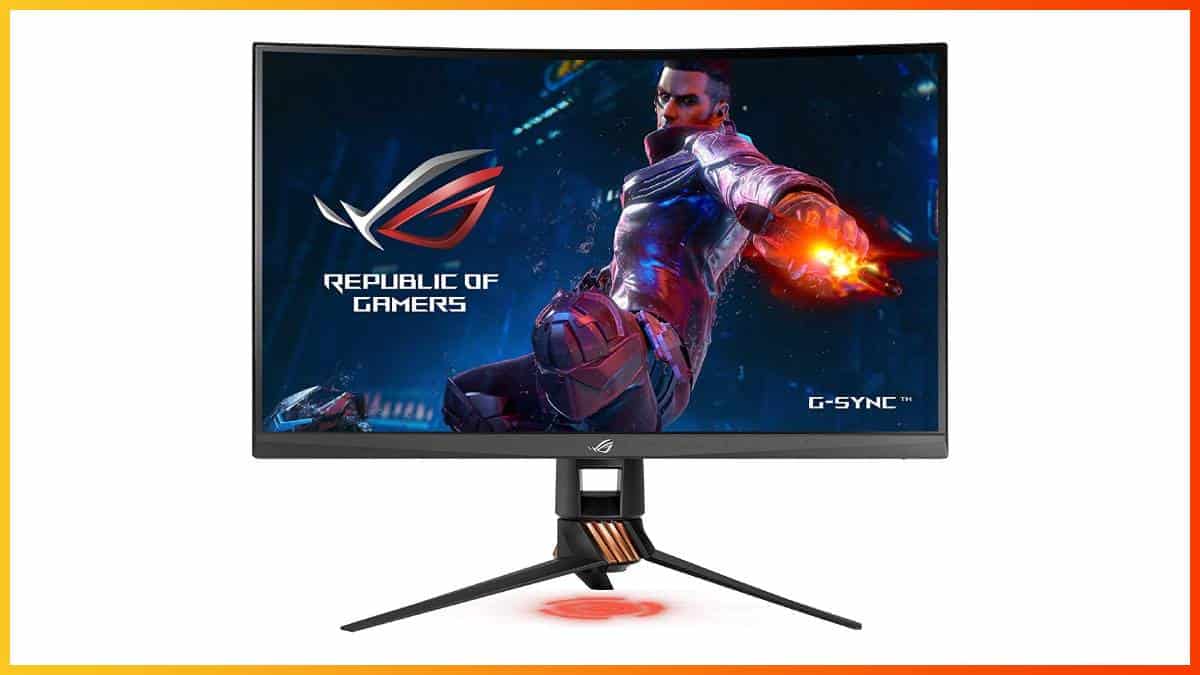 It also has plenty of premium elements which make it overpriced. Since there are displays that perform just as well for less money, go with the PG27VQ only if you really want its premium features.

The ASUS ROG Swift PG27VQ is a unique 1440p 144Hz 1ms gaming monitor. It has a curved screen, which is not often seen on TN panel displays.

In addition, the ASUS PG27VQ offers premium design quality and eye-catching RGB lighting, but also a higher price tag than you might expect.

Based on a TN panel with a 400-nit peak brightness, a static contrast ratio of 1,000:1, 8-bit color depth, and sRGB color gamut, the ASUS PG27VQ delivers a rather mediocre image quality considering its price.

The colors are nice for a TN panel, but still not nearly as rich as that of the less expensive IPS and VA counterparts with the same 1440p resolution and 144Hz refresh rate.

What’s more, TN panels have narrow 160°/170° viewing angles, which will cause the image to shift in color, brightness, and contrast when the screen is looked at an angle.

TN panels also have their advantages. Besides the rapid 1ms response time speed, they don’t suffer from VA or IPS glow and have less backlight bleeding.

Further, thanks to the 1440p resolution, you get a rich pixel density (108 pixels per inch on a 27″ screen), which ensures sharp details and plenty of screen space.

Gaming performance is where the ASUS PG27VQ monitor shines. In the OSD (On-Screen Display) menu, you can overclock it up to 165Hz for a boost in fast-paced motion clarity.

The 1ms response time speed will make sure that the pixels change from one color to another on par with the refresh rate speed, which makes for no visible trailing of fast-moving objects.

Moving on, the ASUS PG27VQ input lag is excellent as well, with only ~4ms of imperceptible delay.

When you combine such quick response time, high refresh rate, and low input lag, you get a display that’s fit for professional competitive gaming.

However, since 1440p is more demanding to drive than 1080p, you will get less FPS (Frames Per Second) but better image quality, which is why many serious competitive gamers opt for 1080p 240Hz displays instead.

As a result, there will be no screen tearing or stuttering with minimal input lag penalty (~1ms) as long as your FPS is within the VRR range, which on this monitor amounts to 30-165Hz/FPS.

Alternatively, you can use NVIDIA ULMB (Ultra Low Motion Blur), which via backlight strobing (inserts black frames between regular frames) reduces the perceived ghosting and provides a CRT-like motion clarity.

While active, this technology introduces screen flicker and reduces the maximum screen brightness. It also cannot be active at the same time as G-SYNC; it can only operate at 80Hz, 100Hz, or 120Hz. 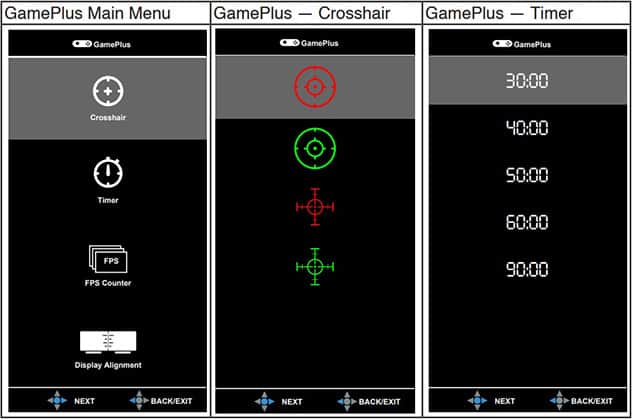 The backlight of the monitor is flicker-free, and there’s a low-blue light filter, so you can look at the screen for hours without getting eye strain or headaches.

The RGB aficionados will definitely love the ASUS Aura Sync technology, which allows you to synchronize the LEDs placed at the back of the monitor with the rest of your Aura Sync compatible gear. There’s plenty of customization available, including different colors, patterns, synchronization with in-game effects, etc.

The ASUS PG27VQ 165Hz display also offers the signature Light in Motion technology, which can emit the ROG logo or your custom projections (you get three customizable covers) on the desk, beneath the monitor’s stand.

Connectivity options include HDMI 1.4 (max 60Hz at 1440p), DisplayPort 1.2, a dual-USB 3.0 hub, and a headphones jack. The monitor has a screen curvature of 1800R, which is a nice touch and does slightly increase immersion but isn’t exactly necessary for a 27″ screen.

The ASUS PG27VQ price amounts to around $600, which is quite a lot considering it’s a TN panel display.

In fact, for $100 less, you can get the LG 27GL850 with an IPS panel. It’s just as fast as the PG27VQ, but you also get much better colors and wider viewing angles.

While the ASUS ROG Swift PG27V offers fantastic performance and plenty of cool traits such as the Aura Sync RGB technology and the curved screen, they – along with the premium ROG branding, make the display simply too expensive.

When it comes to image quality and performance, there are better alternatives for less money.