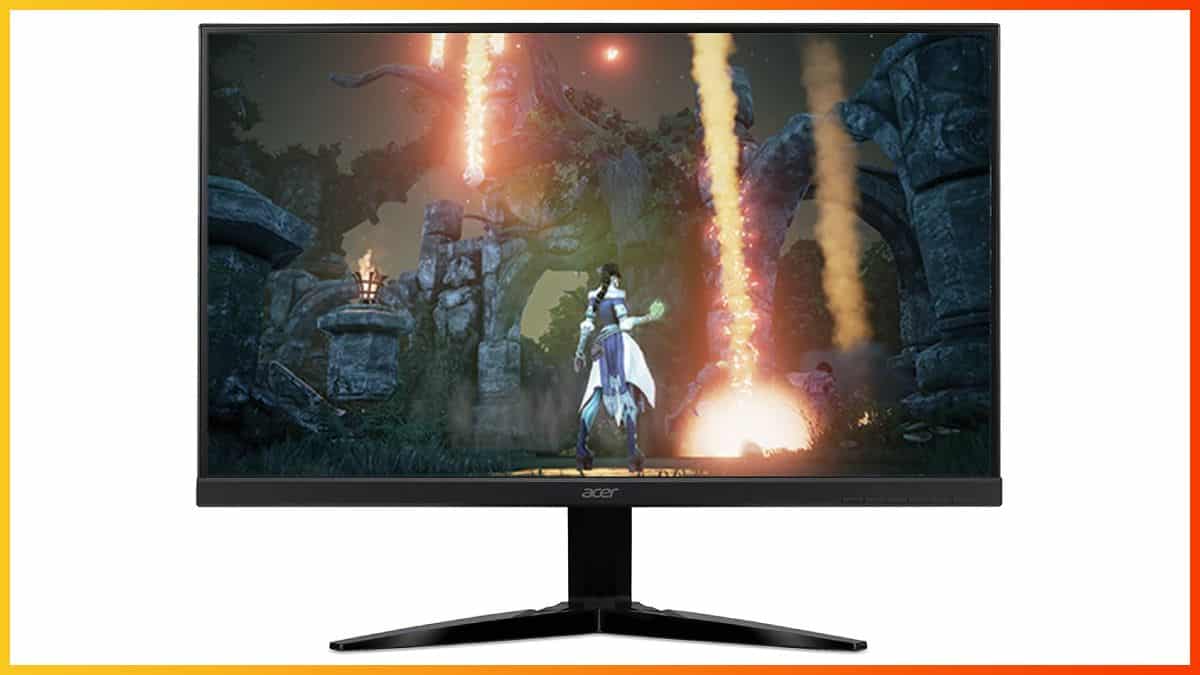 The Acer KG271 is a good gaming monitor thanks to its low input lag, quick response time, and a range of gaming features. However, there are much better alternatives out there.

The Acer KG271 is a 27″ 1080p 75Hz 1ms gaming monitor equipped with the AMD FreeSync technology as well as additional useful gaming features.

Probably the first thing that caught your attention regarding the Acer KG271bmiix is the rather low 1080p resolution for its 27″ screen.

Generally, this results in a low pixel density, which is tolerable for gaming, watching movies, web-surfing, etc., but it’s not as practical for office use and reading.

It’s advertised as a gaming monitor, after all, but you should keep that in mind.

The above-mentioned specs are standard for a monitor at this price range, but TN panels do have narrow viewing angles of 160°/170°, which cause the image to shift in tone when you’re looking at the screen from askew angles.

However, they also have the fastest response time speed for the best fast-paced gaming performance.

Lastly, TN panels have the weakest colors in comparison to other panels, but that’s the price you must pay for such a quick response time, at least at this price range.

Thanks to its 1ms response time speed, pixels can quickly change from one color to another, which in turn removes trailing and motion blur of fast-moving objects.

In first-person shooters, this is especially noticeable as you can gun down your targets more easily.

Furthermore, the Acer KG271 has very good input lag performance with only ~10ms of delay, which is imperceptible even by professional gamers.

If you have an AMD graphics card with the FreeSync technology, you can synchronize the monitor’s refresh rate to the GPU.

As a result, the Acer KG271 display can change its refresh rate dynamically and according to your GPU as long as your FPS is between 48-75Hz/FPS.

Within that range, all screen tearing and stuttering is gone with minimal (~1ms) input lag penalty.

You can also use FreeSync with Xbox One consoles. You can use the monitor with NVIDIA cards too, but not the dynamic refresh rate technology.

The Acer KG271 27″ monitor is equipped with lots of useful gaming features, including Aim Point with customizable crosshairs.

Next, there’s Black Boost, which can increase visibility in darker games by brightening up the dark parts of the image.

You will also find advanced adjustments such as the 6-axis and gamma settings.

The monitor has five hotkeys in addition to the power button, which can be used to navigate the OSD (On-Screen Display) menu and as shortcuts for certain features, including input source selection, audio volume, brightness adjustment, and game mode settings.

As the Acer KG271 doesn’t use PWM (Pulse-Width Modulation) to regulate its brightness, it is flicker-free; what’s more, it’s got a built-in filter against the harmful low blue lights. 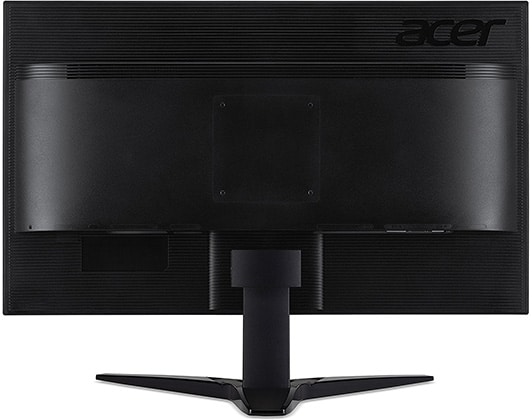 For that price, you can actually get a 1080p gaming monitor with a better IPS panel and a faster 144Hz refresh rate like the AOC 24G2, which we highly recommend you do.

Visit our always up-to-date best gaming monitors buyer’s guide for the best deals currently available and all the information you need to know before purchasing the perfect monitor for you.

The Acer KG271 is an overall decent display, but for the same amount of money or just a little bit more, you can get a much better monitor for gaming.