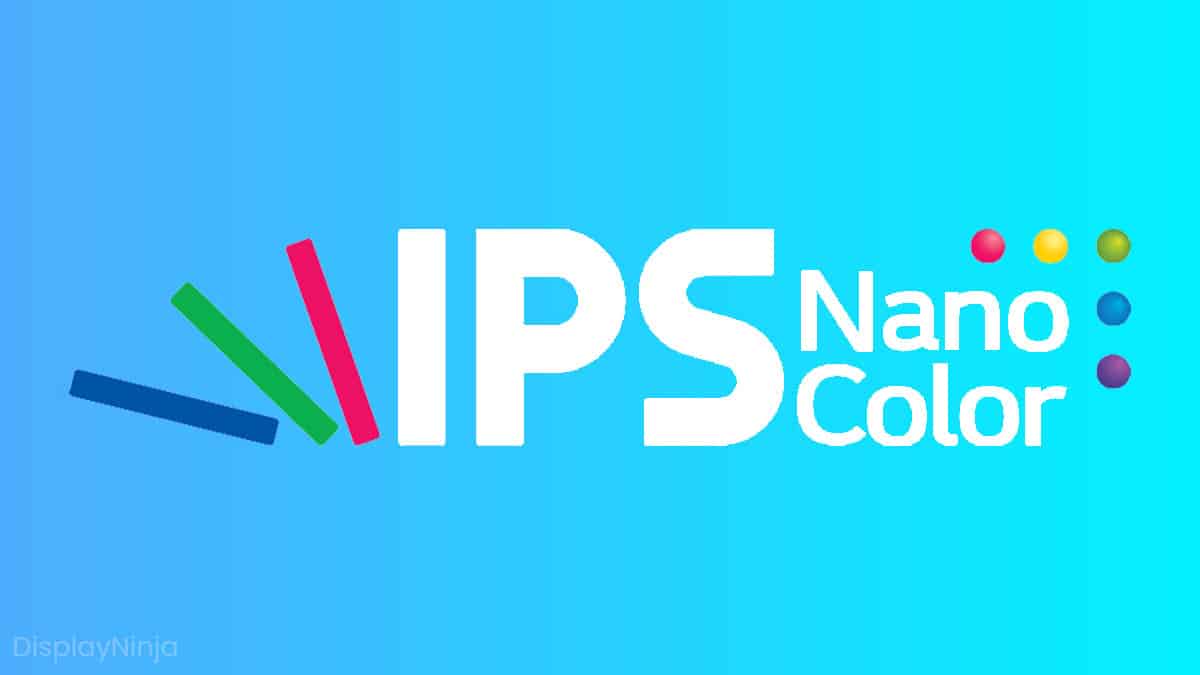 Nano IPS is the improved version of IPS technology by LG. When applied to an LED backlight of an IPS display, it allows for a wider color gamut of up to 98% DCI-P3 or 135% sRGB color space coverage.

LG’s Nano IPS technology involves nanoparticles that are applied to a LED backlight of an IPS-panel display. These particles absorb excessive light wavelengths to increase the color gamut of a display.

As a result, in comparison to standard IPS displays which cover ~100% of the sRGB color space, Nano IPS displays have an sRGB gamut size of ~135% sRGB, covering 98% of the wider DCI-P3 color space.

This allows displays to deliver more vibrant and lifelike colors that are, among other things, crucial for an immersive HDR (High Dynamic Range) viewing experience.

There are many more Nano IPS displays announced, which you can check out here.

When it comes to TVs, LG offers a series of TVs called ‘Nano Cell,’ which uses Nano IPS technology.

In comparison to VA panel TVs, IPS models don’t have as deep blacks; in fact, they are grayish in comparison.

Furthermore, on some TVs and monitors, Samsung applies a quantum dot film layer between a display’s LED backlight and its panel, which, similarly to Nano IPS, increases the display’s color gamut and brightness. These quantum dot displays are referred to as QLED.

Due to the higher contrast ratio of VA panels, QLED TVs are more popular than Nano IPS TVs, but LG has a different display technology called OLED, which competes against Samsung’s high-end QLED and QD-OLEDs. 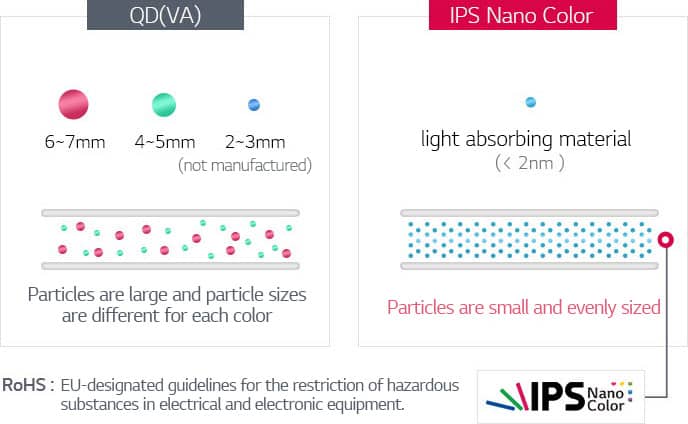 As far as desktop monitors are concerned, both QLED and Nano IPS monitors are popular, the choice between the two will depend on the personal preference of the user as well as on other specifications and features the monitor offers.

Due to better color accuracy and consistency as well as wider viewing angles, IPS displays are the best pick for color-critical work.

Additionally, since IPS panels usually also have faster response times, they are favored by those who play fast-paced games, although there are a few VA panels that are just as fast, such as the Samsung Odyssey G7 and G9.

On the other hand, VA panel displays offer a higher contrast ratio, which is more suitable for those who prefer a more immersive viewing experience.

What Is Pixel Walk Or Pixel Inversion?