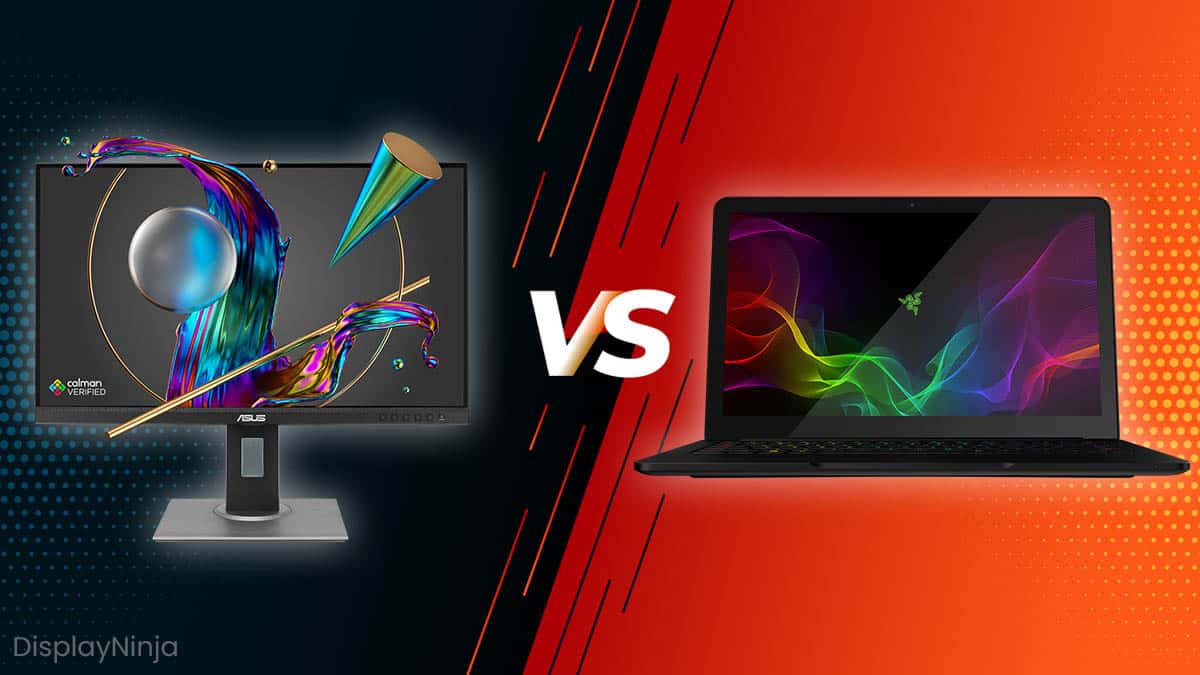 IGZO is an acronym for Indium Gallium Zinc Oxide and it’s actually a different type of semiconductor found in the TFT backplane; it’s not a different panel technology altogether.

In comparison to standard aSi-TFT IPS displays, an IGZO-TFT IPS display greatly saves on power consumption, while giving equally accurate and vibrant colors. However, they are much more expensive.

To clear away the confusion, IGZO is not a type of panel but a different type of transistor in the TFT (thin-film-transistor) backplane. Therefore, it can be implemented in all types of panels including TN, VA, IPS and even OLED.

Standard transistors in most of these panels are made of amorphous silicon. So, in this article, we’ll be comparing aSi-TFT IPS panels to the IGZO-TFT IPS panels.

IPS (in-plane switching) panels are found in most high-end LCDs because they’re capable of delivering the most accurate and consistent colors as well as impeccable viewing angles.

LG’s AH-IPS and Nano IPS panels are the latest improvements to the IPS panel technology which offer even more accurate colors and faster response times, while IPS Black improves upon contrast ratio.

The IGZO (Indium Gallium Zinc Oxide) compound semiconductor was licensed by Samsung and Sharp. However, it was Sharp who first implemented IGZO into their smartphones, tablets and 32-inch LCDs.

The IGZO transistor is made from rare metals such as the Indium and Gallium, and therefore it is costly. For instance, the NEC PA322UHD is a 4K resolution monitor with a 14-bit Look-Up Table for precise calibration and covers 99.2% of the Adobe RGB color space.

It features an IGZO-TFT IPS panel and costs around $3000.

There are some cheaper IGZO displays such as the AOC 24G2, which is an affordable and popular 1080p 144Hz IPS gaming monitor.

At the moment, the main advantage of IGZO is its very low power consumption. In comparison to the standard a-Si panel monitor, it can be up to 80%-90% more power efficient due to the higher electron mobility, which is 20-50 times faster than that of a regular panel.

While a-Si panel monitors require more power for the backlighting of higher pixel density displays, IGZO does not – in fact, it can create even brighter images at significantly lower power consumption.

This is ideal for portable devices with high pixel density. In short, IGZO can deliver a better resolution, speed and pixel density, no matter the size of the display.

As such, one of the prototypes included a 6-inch IPS display with a 2560×1600 resolution resulting in 498 pixels per inch!

The Future Of IGZO

As this technology is relatively new and not quite widespread, it will take some time until it becomes affordable and available.

The IGZO implementation will make more sense for OLED panels as they share a common unique ability. They can both be made transparent.

While the difference between the IGZO-TFT and a-Si-TFT IPS panels may not be meaningful now, especially considering the difference in the price, IGZO will certainly greatly contribute to the future development of displays.

Since it can drastically reduce power consumption and offer stunning pixel density, resolution, and speed, high-quality touch-sensitive transparent displays are getting closer and closer to reality.