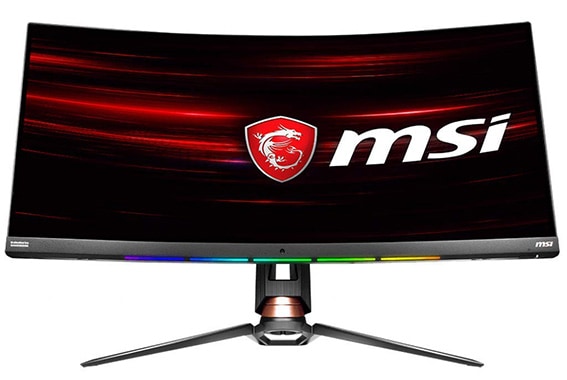 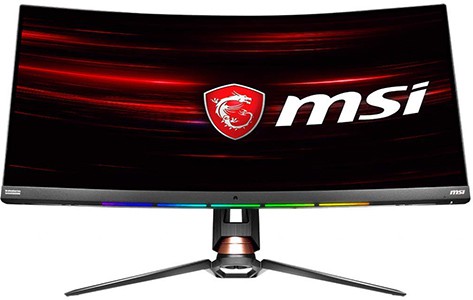 Thanks to its high contrast ratio, rich colors, ultrawide aspect ratio, and high resolution, the MSI MPG341CQR offers an engaging viewing experience while AMD FreeSync and 1ms MPRT take care of the performance. Add to that the premium design, unique features, and extensive connectivity options, and you get quite a great monitor for the price.

It offers an immersive image quality thanks to its high contrast ratio while its high refresh rate in addition to AMD FreeSync, 1ms MPRT, and low input lag ensures a smooth gaming performance.

Based on a VA (Vertical Alignment) panel, the MSI MPG341CQR offers a static contrast ratio of 3,000:1, which makes for deep blacks that really stand out in comparison to blacks on IPS and TN panels which have a contrast ratio of around 1,000:1.

However, as far as consistency and uniformity are concerned, IPS models are still better in this regard. So, for color-critical work, there are better options, but for just basic content creation, MSI’s ultrawide monitor is great.

The 21:9 ultrawide format provides you with extra horizontal screen space for better productivity, and it also increases your field of view in video games for a more immersive gaming experience – as long as the video game supports 21:9.

3440×1440 resolution results in a rich pixel density of roughly 110 PPI (pixels per inch), which means you’ll get plenty of screen real estate as well as clear and sharp details without having to use scaling.

Just like with most DisplayHDR 400 monitors, the certification is misleading and basically useless. For a noteworthy HDR viewing experience, a display needs local dimming, at least 90% DCI-P3 color gamut, and much higher peak brightness.

So, don’t expect an amazing HDR picture quality. For that, you’ll need to spend a bit more on an HDR monitor such as the Samsung CRG9 or the ASUS PG27UQ, which have localized dimming solutions.

As far as regular content goes, the MSI MPG341CQR offers an outstanding image quality for the price.

The MSI MPG341CQR input lag performance is excellent with only ~4ms of delay, which is imperceptible.

As expected from a VA panel display, pixel response time is its weakest point. While there’s no prominent trailing behind fast-moving objects, black smearing is visible in darker scenes.

Considering the image quality and the overall performance, the amount of ghosting is tolerable except if you’re a hardcore competitive gamer in which case you’d be better off with a high-end 240Hz display at this price range anyway.

The MPG341CQR ultrawide monitor is more suited for those who prefer better visuals and graphics in video games, and the somewhat slow pixel transition speed won’t ruin your gaming experience at all.

In faster-paced games, you can use the Motion Blur Reduction (MBR), which MSI labeled as Anti Motion Blur in the OSD (On-Screen Display) menu of the monitor. When enabled, this feature strobes the backlight to reduce the perceived ghosting for better motion clarity.

However, some users experience brightness flickering when FreeSync/G-SYNC is enabled.

This only affects some units of the monitor, and the brightness flickering is mostly present below 48FPS and/or when your FPS rate fluctuates a lot.

Also important to note is that the backlight of the monitor is flicker-free and that there’s an integrated low-blue light filter which eliminates eye strain and headaches caused by prolonged use of the screen.

First off, there’s the Night Vision feature (essentially Black Equalizer 2), which increases the visibility of objects in dark parts of games. The A.I. preset of this feature can increase the visibility without overexposing the bright parts of the image.

There is also the Game Mode and Pro Mode picture presets (FPS, RTS, RPG, Racing, Reader, Cinema, Designer, and two customizable profiles) as well as Picture in Picture and Picture by Picture.

You can use the Gaming OSD desktop application to adjust all the OSD-related settings using your mouse and keyboard, or you can use the 5-way joystick, which is placed at the back of the monitor at the right side.

Beneath the bottom bezel of the monitor at the right side, there’s a macro hotkey that launches the Gaming OSD desktop application.

You will find RGB LEDs at the back of the monitor which use MSI’s Mystic Light technology as well as five LED strips at the front, which use SteelSeries’ GameSense technology that can be synchronized with in-game ammo, kill count, H.P., etc. of compatible games.

Finally, there’s a built-in 720p webcam with a sensor and A.I. that can adjust the screen’s brightness according to ambient lighting and change the display’s settings according to the user it detects in front of the monitor/camera. 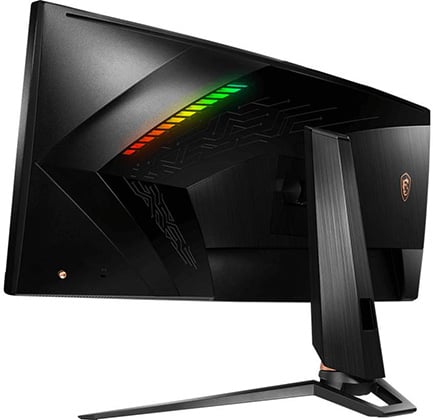 Additionally, the design includes a headset hanger, a camera mounting bracket at the top of the monitor, a mouse bungee, and ultra-thin bezels. There’s an anti-glare matte screen coating, which eliminates reflections while the 1800R curvature further improves the viewing experience.

Connectivity options are rich as well and include two HDMI 2.0b ports (up to 100Hz at 3440×1440), DisplayPort 1.4, USB type C (with DP 1.4 Alt Mode), three downstream USB 3.0 ports and one upstream USB port as well as headphone, microphone, and combined audio jacks.

If you are a gamer who also does color-critical design, you should invest in the LG 34GK950F as it has more accurate, uniform, and consistent colors.

Due to its faster response time speed, the LG 34GK950F is also a better choice for those who mostly play fast-paced games and are sensitive to ghosting/black smearing.

For everything else (including non-color-critical content creation, playing more graphically-oriented games such as RPGs, and other multimedia use such as watching videos, movies, etc), the MPG341CQR offers better value for the price due to its premium features, higher contrast ratio, and no IPS glow.

Be sure also to check out the AOC CU34G2X, which is another 3440×1440 144Hz VA ultrawide gaming monitor. It doesn’t have as many fancy features as the MSI, but it’s a lot cheaper!

You may also want to visit our best ultrawide monitors buyer’s guide.

All in all, the MSI MPG341CQR is an excellent gaming monitor for the price. It offers great image quality, a smooth performance, and plenty of exclusive and unique features.