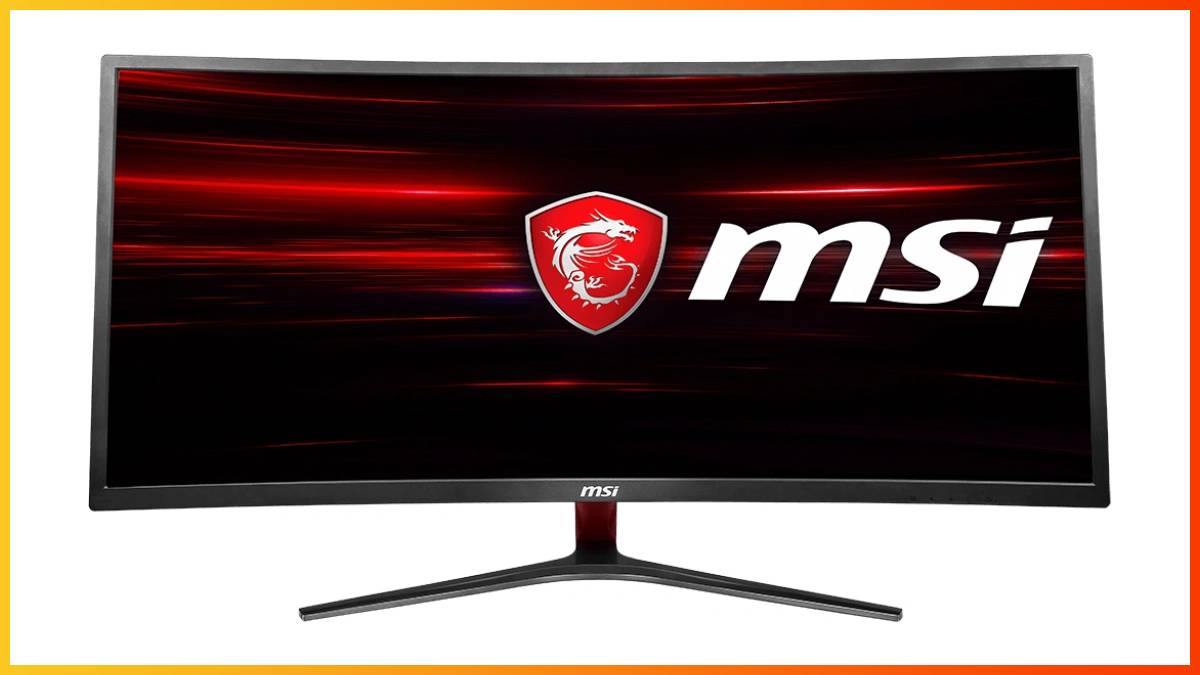 The MSI MAG341CQ offers a high resolution and a high contrast ratio for an immersive viewing experience, while FreeSync up to 100Hz ensures smooth performance.

If you’re looking for an affordable 34″ 3440×1440 100Hz ultrawide curved gaming monitor, the MSI MAG341CQ is one of the cheapest models available; here’s what you need to know about it.

Based on a VA panel with a 3,000:1 static contrast ratio, the MSI Optix MAG341CQ is capable of delivering deep and vivid blacks as well as an overall excellent relation between the darkest and the brightest shades.

In comparison, most IPS and TN panels have a maximum contrast ratio of 1,000:1, which makes black colors appear grayish. Further, the MSI MAG341CQ display has a 110% sRGB color gamut, ensuring vibrant and striking colors with true 8-bit depth.

The UWQHD resolution of 3440×1440 pixels makes for plenty of screen space and eye-catching detail clarity due to the high pixel density of 110 PPI (pixels per inch), which eliminates any need for scaling.

Unlike IPS panels, the MSI MAG341CQ VA-panel monitor doesn’t suffer from IPS glow, which further improves the viewing experience as there’s no glowing at corners/edges of the screen caused by excess light passing through the panel.

The viewing angles of 178° both horizontally and vertically cause only minor and negligible shifts in contrast, and only when looking at the screen at skewed angles.

Lastly, the MSI MAG341CQ has a flicker-free backlight and a low-blue light filter.

What may repulse many from this gaming monitor is the specified response time of 8ms (GtG), which would indicate terrible trailing/ghosting of fast-moving objects.

However, the ghosting is not more noticeable than it is on any standard VA panel display with a specified response time of 4ms (GtG).

Overall, the amount of trailing is tolerable, especially after considering the image quality and performance you get for the price.

The MSI MAG341CQ input lag performance, on the other hand, is top-notch, amounting to only ~6ms.

A 100Hz refresh rate provides a big jump in motion clarity in comparison to the standard 60Hz/75Hz displays and makes fast-paced gaming feel a lot more responsive and enjoyable.

It’s also possible to overclock the monitor up to ~115Hz depending on the particular unit of the monitor.

Getting ~100FPS at 3440×1440 can be quite demanding on your GPU/CPU; that is why the MSI MAG341CQ monitor has AMD FreeSync, which eliminates all screen tearing and stuttering with virtually zero input lag penalty.

FreeSync works by synchronizing the monitor’s refresh rate with the GPU’s frame rate, but it requires a compatible graphics card by AMD or NVIDIA (GTX 10-series or newer).

The synchronized refresh rate, also referred to as variable refresh rate (VRR), functions as long as your FPS (Frames Per Second) is within 48-100Hz/FPS. LFC is supported as well, which ensures tear-free performance even when your FPS drops below 48.

FreeSync works when using a compatible NVIDIA graphics card, even though the MSI MAG341CQ is not officially G-SYNC compatible. However, some users experience brightness flickering when FreeSync/G-SYNC is enabled.

This only affects some units of the monitor, and the brightness flickering is mostly present below 48FPS and/or when your frame rate fluctuates a lot.

Sadly, this issue affects a lot of monitors based on Samsung’s VA panels.

Beneath the bottom bezel at the right side of the monitor, you will find four hotkeys for OSD (On-Screen Display) menu navigation and a power button.

When the menu is not open, you can use the hotkeys for shortcuts, including custom crosshair placement, changing the picture mode (User, Movie, FPS, RTS, Eye Saver), and input source selection.

Other features include Picture in Picture and Picture by Picture.

While the monitor has standard adjustments such as contrast, brightness, and color temperature, there are only two gamma presets (1.8 and 2.2) and only two response time overdrive options (on and off).

The design is the weakest point of the MSI MAG341CQ monitor as the stand is tilt-only, and there’s no VESA mount compatibility. So, you will need to buy a VESA adapter if you wish to mount the screen on the wall/mounting arm.

Connectivity options include two HDMI 2.0 ports, DisplayPort 1.2, and DVI (maxes out at 60Hz). There are no audio or USB ports. FreeSync works over both HDMI and DP for AMD cards and over DP for NVIDIA cards.

The screen has a 1800R curvature, which further increases the gaming immersion.

The MSI MAG341CQ price usually amounts to ~$410, which makes it one of the most affordable high refresh rate 1440p ultrawide displays.

You can actually find the AOC CU34G2X and the Gigabyte G34WQCA with a fully ergonomic stand and a higher 144Hz refresh rate on sale for ~$350!

Alternatively, you can get the Gigabyte M34WQ with a 3440×1440 144Hz flat-screen IPS panel sporting a much faster response time speed and smooth VRR performance.

While the MSI MAG341CQ offers excellent image quality and performance at an affordable price (considering its specifications), we recommend investing a bit more for a newer and better ultrawide model.