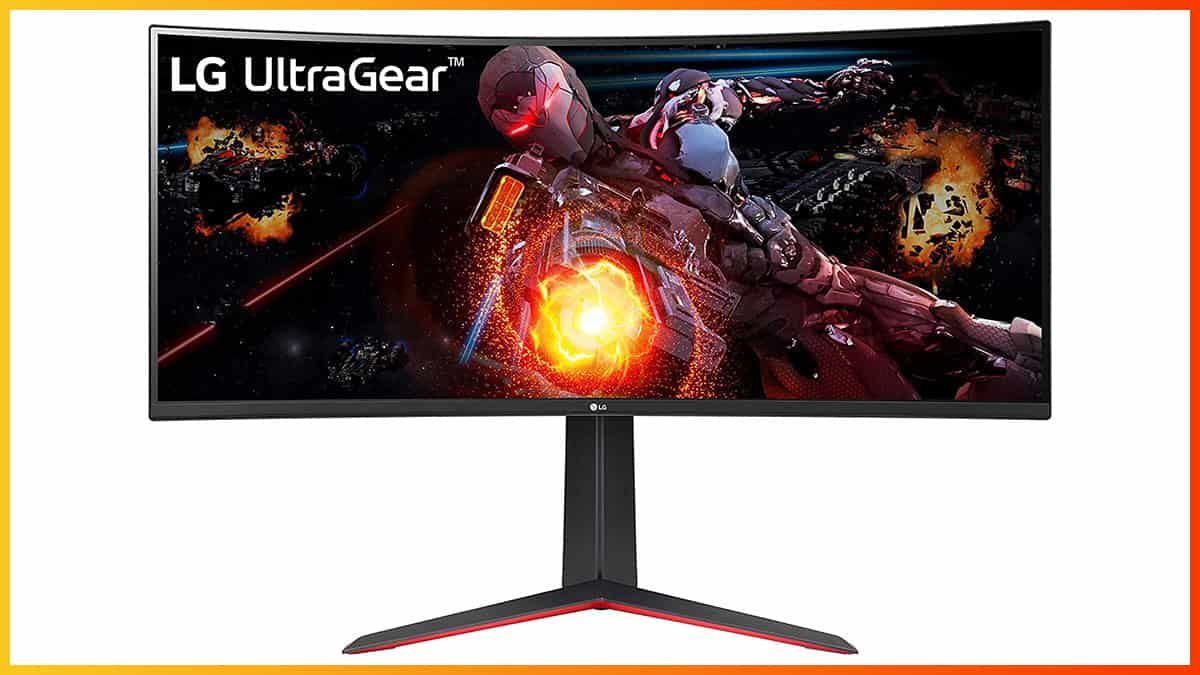 The LG 34GP63A offers an immersive image quality thanks to its 34″ 3440×1440 curved VA panel with a high contrast ratio as well as smooth gameplay with a 160Hz refresh rate. However, there are better ultrawide alternatives around this price range.

If you’re looking for an affordable ultrawide gaming monitor, there are plenty of options to choose from – let’s see where the LG UltraGear 34GP63A-B fits in!

Based on a VA panel, the LG 34GP63A boasts a high static contrast ratio of 3,000:1, which results in deep blacks as opposed to IPS panels with a usual contrast ratio of ~1,000:1 and grayish blacks in comparison.

Additionally, VA monitors don’t suffer from IPS glow, which along with the higher contrast ratio provides you with a more immersive viewing experience, especially in dark rooms.

There’s still some backlight bleeding and VA glow, but their intensity varies from unit to unit and while these visual artifacts are not as bothersome as IPS glow, it’s something to keep in mind.

Unlike IPS monitors that have flawless image quality regardless of the angle you’re looking at the screen, VA panels can have noticeable gamma and saturation shifts at certain angles, but it’s not something to be concerned about unless you plan on doing professional color-critical work – basic content creation can be done without issues.

Moving on, the LG 34GP63A monitor has a peak brightness of 300-nits, meaning that it can get more than bright enough under normal lighting conditions.

Next, it covers the entire sRGB color space, which results in vivid and accurate colors without over-saturation. However, a lot of ultrawide models at this price range also offer wide color gamut support for more vibrant image quality – while this causes over-saturation when viewing SDR content, most users don’t mind the extra vibrancy.

The 3440×1440 screen resolution looks great on the 34″ viewable screen of the LG 34GP63A as you get a high pixel density of roughly 110 PPI (pixels per inch), resulting in plenty of screen space with sharp details and text.

Moreover, the ultrawide aspect ratio provides you with extra horizontal screen space for a wider field of view in compatible games and it’s especially useful for audio/video editing and productivity work.

Related:Are UltraWide Monitors Worth It?

Games that do not support the 21:9 aspect ratio will be displayed with black bars at the sides of the screen, but luckily, most titles do support it!

The monitor also supports HDR (High Dynamic Range), but while it can accept the HDR10 signal and display it, there’s no proper hardware support (such as local dimming, wider color gamut and much higher brightness and contrast) for a noteworthy HDR image quality. So, you should just disable HDR on this monitor.

The LG 34GP63A monitor has four response time overdrive modes: Off, Normal, Fast and Faster. While using the highest overdrive mode usually results in prominent pixel overshoot, this is not the case here.

In darker scenes, the ghosting becomes even more noticeable, so if you’re mostly playing fast-paced competitive games or you’re particularly sensitive to smearing, we recommend getting a faster monitor instead.

Some gamers won’t be bothered by the amount of ghosting though.

Further, the LG 34GP63A supports variable refresh rate via AMD FreeSync Premium and even though it doesn’t have official NVIDIA G-SYNC Compatible certifications, you can use VRR with select GeForce GPUs (10-series or newer) over DisplayPort with a 48-160Hz supported range for tear-free gameplay.

Again, as it’s the case with most high refresh rate VA gaming monitors, the LG 34GP63A is prone to VRR brightness flickering with fluctuating frame rates and around the LFC (~48FPS) threshold. This doesn’t affect every unit of the monitor equally and the intensity will vary between different games and PC setups, but it’s something to keep in mind.

Input lag performance is excellent with just around 4ms of delay, which is imperceptible.

The monitor also supports 1ms MBR (Motion Blur Reduction), which uses backlight strobing to reduce perceived motion blur at a cost of picture brightness, but it introduces screen flickering and cannot be used at the same time as VRR.

Beneath the bottom bezel of the screen, there’s a directional joystick for quick and easy navigation through the OSD (On-Screen Display) menu. Alternatively, you can download the OSC (On-Screen Control) desktop application to make your display adjustments via keyboard and mouse.

The backlight of the monitor is flicker-free (unless 1ms MBR is enabled) and there’s a low-blue light preset (the Reader mode) available.

The LG 34GP63A has a sturdy stand with decent ergonomic support, including up to 110mm height adjustment, -5°/15° tilt and 100x100mm VESA mount compatibility.

Further, the screen has a light matte anti-glare coating that prevents reflections without making the image too grainy, as well as a moderate 1800R curvature for added immersion.

We recommend the AOC CU34G2X and Gigabyte G34WQCA instead. These models can be found on sale for ~$350 yet they offer wide color gamut support and a steeper 1500R screen curvature.

If you don’t want to deal with smearing and potential VRR brightness flickering, you should invest in an IPS model instead, such as the Gigabyte M34WQ, which goes for $430 – $500.

For more information and the best deals available, check out our best 21:9 ultrawide monitor buyer’s guide.

All in all, the LG 34GP63A is an excellent gaming monitor, but there are better alternatives available in this price range.