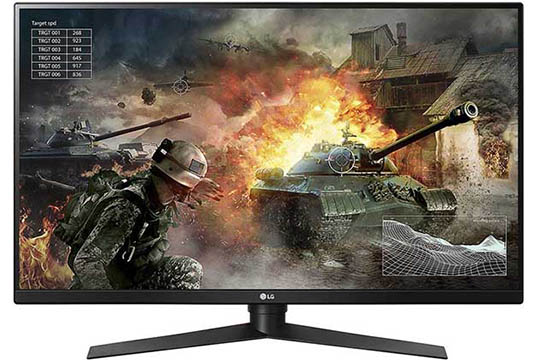 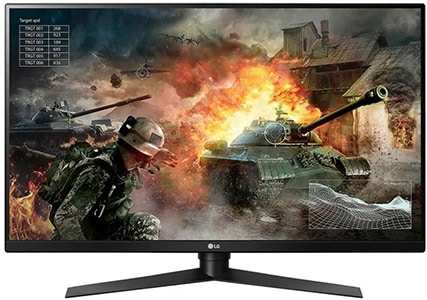 The LG 32GK850G offers a stunning image quality with an exceptionally good performance for VA panel. It also has a bunch of useful features including G-SYNC and Sphere Lighting which add a premium on the price.

Although there are numerous displays with similar specs available, the LG 32GK850G differentiates by having a flat screen, a G-SYNC module, and a unique and innovative RGB lighting technology.

In this review, we’ll see how it compares to its counterparts and whether it’s worth the extra cost.

Based on an AMVA (VA) panel by AU Optronics with a static contrast ratio of 3,000:1, a peak luminance of 350-nits, and true 8-bit color depth with the standard sRGB color gamut, the LG 32GK850G offers quite an immersive image quality.

The colors are not as accurate and consistent as they are on IPS panels, but they are vibrant and bright.

Further, thanks to the superb contrast ratio of VA panels, blacks are more vivid, which makes for more pronounced details and an overall better relation between the darkest and the brightest colors.

Such high contrast ratio, in combination with the absence of IPS glow, makes for a very enjoyable viewing experience, especially in dim-lit rooms.

The viewing angles are 178° both horizontally and vertically, so there are no prominent shifts in color, contrast, or brightness when looking at the screen from skewed angles.

Just like most modern monitors, the LG 32GK850G G-SYNC display has a flicker-free backlight and an integrated low-blue light filter.

The LG 32GK850G input lag amounts to only ~4ms of delay, which is virtually immaculate.

Turning to the response time speed of 5ms (GtG), there is some trailing visible in fast-paced games, more so when dark pixels are predominant in the picture, which is expected from a VA panel display.

There are four response time overdrive settings (Off, Normal, Fast, Faster). The ‘Faster’ preset is the most efficient at eliminating motion blur, and it doesn’t introduce any prominent overshoot.

Thanks to the G-SYNC module and variable overdrive, you can use the Faster mode, and you won’t get any ghosting or inverse ghosting regardless of your FPS rate.

Moving on, in the OSD (On-Screen Display) menu, you can overclock the monitor up to 165Hz. G-SYNC works all the way up to 165Hz (30Hz-165Hz), and it can function at the same time as the ‘Faster’ response time option.

Although there is some ghosting, it’s tolerable, and the high contrast ratio of VA panels more than makes up for it.

In fact, the LG 32GK850G is one of the fastest VA panel gaming monitors.

Underneath the bottom bezel of the monitor, you will find the OSD joystick as well as a little scroll that is used for tweaking the Sphere Lighting RGB technology.

Sphere Lightning consists of LEDs that are placed at the back of the monitor, forming a shape of a ring/circle.

The LEDs can get quite bright, so you will be able to see the lights reflecting off of the wall when facing the monitor normally and get atmospheric ambient lighting. It can even glow while the monitor is powered off.

To turn on/off this feature, press and hold the scroll. Just pressing it toggles different glowing styles (color cycle, rainbow, red, green, cyan, magenta, and White Daylight) and rolling it to the left/right adjusts the intensity of luminance.

Other important adjustments include brightness/contrast, gamma, color temperature, and input source selection. You can alter all of these settings in the OSD menu via the joystick or in the On-Screen Control desktop application. 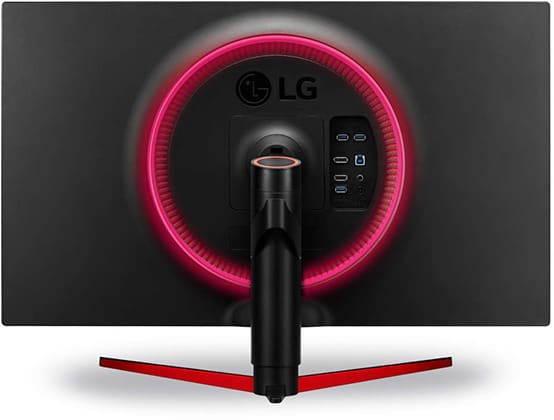 Connectivity options include one DisplayPort 1.2 port, one HDMI 1.4 port (max 60Hz at 1440p), a dual-USB 3.0 hub (one upstream plus two downstream ports), and a headphones jack.

The screen has a light matte anti-glare coating, which eliminates sunlight reflections but preserves the image quality.

Now, the LG 32GK650F is based on the same panel (same contrast, brightness, and color gamut), but it has FreeSync instead of G-SYNC.

Since you can now use FreeSync with NVIDIA cards (GTX 10-series or newer), we recommend going with the 32GK650F unless you’re very sensitive to ghosting and don’t mind paying extra for a bit faster response time.

For around $600, you can get the LG 32GK650G, which is identical to the 850G model, but without the Sphere Lighting RGB technology.

All of these LG models are based on the same flat VA panel or a variation of it. If you’re interested in a 32″ 1440p 144Hz monitor with a curved screen, check out the AOC CQ32G1.

Whether that boost in the response time speed, along with NVIDIA G-SYNC, is worth the extra price over the 32″ 1440p 144Hz FreeSync models mainly depends on your budget and just how sensitive to ghosting you personally are.