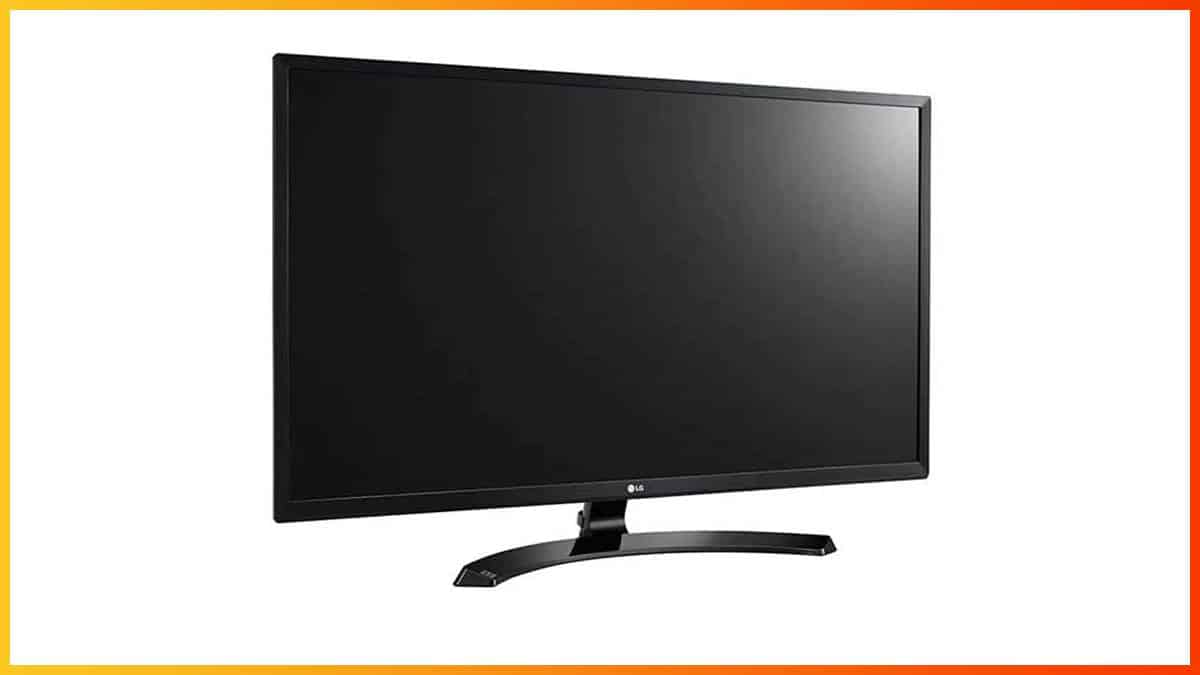 The LG 32MA70HY-P is the perfect monitor for a responsive and immersive console gaming experience.

It’s also decent for occasional PC use, but not recommended if you use your PC to read or type a lot.

The LG 32MA70HY-P is an affordable 32″ 1080p IPS monitor, which makes it an ideal choice for Xbox One and PS4 consoles gamers.

It’s also excellent for watching movies, but we don’t recommend it for regular PC use due to its low pixel density.

Based on an IPS panel, the LG 32MA70HY delivers more precise and consistent colors than the alternative panel technologies (TN and VA). The display allows for 16.7 million colors with 8-bit depth as well as advanced color adjustments for calibration.

With a response time speed of 5ms, there won’t be any prominent ghosting or motion blur visible in fast-paced games.

Although the response time isn’t as quick as that of certain TN panels with 1ms, it’s more than quick enough for casual gaming. More importantly, it won’t cause smearing and trailing in dark scenes like it’s the case with most VA panels.

The IPS panel also has the best 178-degree viewing angles, so no matter the angle you’re looking at the screen, the picture won’t shift in color/contrast.

The Full HD resolution is relatively low for a monitor of this screen size.

With a pixel density of around 70 PPI (Pixels Per Inch), small text appears smudgy and barely readable, which is why we don’t recommend the LG 32MA70HY-P 32-inch monitor for PC use.

For gaming and watching the screen from a distance, however, this issue will be much less emphasized, allowing you to enjoy the monitor’s vibrant colors and smooth performance in video games and movies.

Unlike most monitors that have matte screen coating, the LG 32MA70HY-P has a glossy screen surface. While this makes colors more vivid, it also makes the screen more reflective.

Moreover, because the display has a somewhat limited peak brightness of 250-nits, you will have to dim the lights to eliminate the screen glare; In dark rooms, however, the monitor’s picture quality is flawless.

As previously noted, the response time speed of the monitor is top-notch. In addition, the LG 32MA70HY-P input lag is only ~10ms, which will ensure responsive and immersive gameplay.

Those sensitive to flicker won’t have to worry about headaches as this LG 32-inch monitor is flicker-free and has an integrated low blue light filter.

The refresh rate maxes out at 65Hz, which is more than enough for console gaming. Unfortunately, the monitor does not support AMD FreeSync, which would allow for a variable refresh rate for Xbox One consoles.

To navigate the OSD (On-Screen Display), you can either use the user-friendly joystick at the bottom of the screen or the On-Screen Control desktop application.

Other features include Black Stabilizer, which offers better visibility in dark scenes and Response Time Control for the response time speed overdrive. 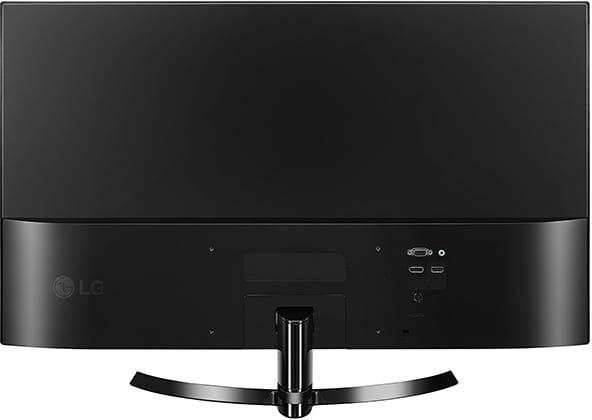 The LG 32MA70HY-P design consists of a black plastic chassis with reasonably thick bezels. It can also be mounted on a wall or a third-party stand via the 200mm x 100m VESA mount pattern.

At the back of the monitor, you will find an HDMI port, a VGA port, a headphones jack, and even a DisplayPort connector, but there are no built-in speakers. The screen can also be tilted by -5/10 degrees.

You can also find the LG 32MA68HY-P, which is the same monitor but with an extra dual-USB 2.0 hub as well as the LG 32MP58HQ-P with an anti-glare coating but no DisplayPort input.

However, at this price range, you can get the newer LG 32ML600M, as it also offers HDR support and a wider 95% DCI-P3 color gamut.

However, due to its low pixel density, it’s not intended for PC use except for playing movies or occasional web-surfing and e-mail checking. We also recommend checking out the newer (and usually equally priced) LG 32ML600M model.