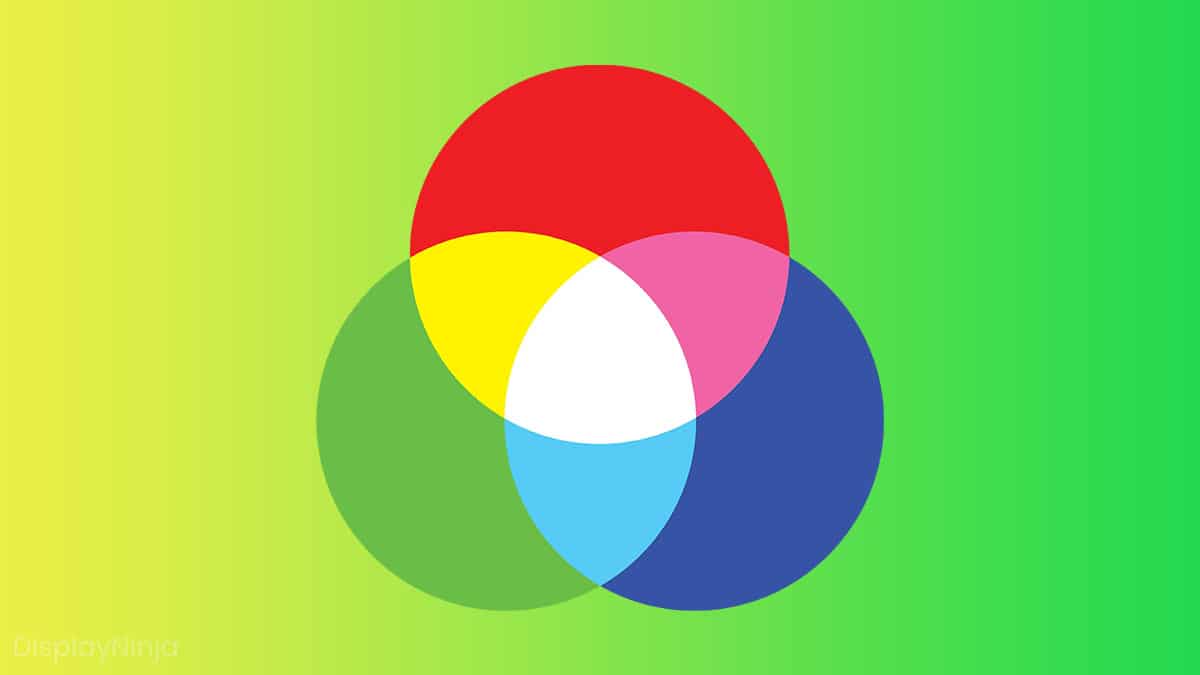 If you’re buying a new monitor for productivity work or anything else that involves a lot of reading and typing, it’s important that you pick a display with an RGB (Red, Green, Blue) subpixel layout for the sharpest and clearest text!

As manufacturers don’t specify the type of the subpixel layout used by the display, you will have to rely on monitor reviews for this information.

Here’s what you need to know about different display subpixel layouts, and what you can do to improve text clarity if you have a BGR-layout monitor.

BGR-layout monitors have an inverse subpixel arrangement in comparison to the standard RGB pixel structure.

This causes text to appear blurry on BGR monitors (particularly those with low pixel density) as Windows handles subpixel anti-aliasing according to the more common RGB layout by default.

This is mostly noticeable with small text, and it’s not an issue for video games, movies, and other multimedia use.

How To Improve Text Clarity On BGR-Layout Monitors

In Windows, there are several ways to improve text clarity if you have a monitor with a BGR subpixel layout.

If you have a monitor with relatively low pixel density, such as the popular 43″ 4K monitors with ~103 PPI (pixels per inch), you can simply apply scaling, which will make text larger and sharper.

You will have to sacrifice screen real estate in the process though, as text and other items will take more screen space.

In Windows, you can type in ‘Adjust ClearType text’ in your search bar, which will open an application that can make text appear sharper and clearer via anti-aliasing.

You will be given several text samples, and you just have to choose which one looks the best to you. After five examples, Windows will automatically apply ClearType and make text look a bit better.

In the first example, you should select the sample on the right if you have a BGR monitor for the best results.

This will make text appear sharper in some Windows’ applications, but sadly not all of your applications will respect your ClearType settings; this includes web browsers, video games, etc.

The last method you can try is a bit less convenient as it includes mounting the monitor upside-down and flipping the picture by 180° in your display settings.

This way, you essentially get the RGB subpixel layout, but besides the aesthetic issue here, you’ll also have to consider cable management, OSD hotkeys/joystick access, and buying a mounting arm that can reliably hold the screen.

Additionally, with the flipped image, you won’t be able to use variable refresh rate and input lag would be a bit higher. This may not be an issue for everyday use, but it definitely is for gaming.

LG Display’s OLED TVs have a WRGB subpixel layout. They’re aligned in a regular RGB line, but with the added white subpixel for increased brightness and efficiency.

This also affects the clarity of tiny text as it adds minor fringing, but not as much as the BGR layout, especially if you’re using a smaller 42″ – 48″ 4K TV with a high pixel density.

Note that LG’s OLED monitors, such as the LG 32EP950, use an OLED panel by JOLED, which actually has a true RGB subpixel layout.

Samsung QD-OLED panels have regular RGB subpixels but in a triangular layout, which can also cause noticeable fringing on things such as small text.

However, it’s not noticeable in games and videos, and most people won’t notice it in regular use unless looking at the screen from up close. Some users sensitive to this type of visual artifact might find it bothersome though.