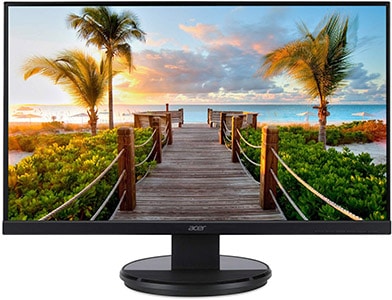 The Acer KB272HL is an excellent 27″ 1080p monitor for the price. However, unless you’re looking for a monitor mainly for watching movies/videos, there are better alternatives for gaming and work-related use.

The Acer KB272HL is one of the most affordable 27″ monitors currently available. It also includes AMD FreeSync, a nice thin-bezel design, and a VA (Vertical Alignment) panel for the superior contrast ratio which makes this display even more attractive.

Here’s everything you need to know about this monitor as well as what other alternatives you should consider.

Based on a VA panel, the Acer KB272HL monitor delivers a high contrast ratio of 3,000:1. In comparison to other panel technologies (IPS and TN) which have a maximum contrast ratio of 1,000:1 at this price range, the KB272HL offers deeper black shades for more vivid details in the shadows and dark areas of the picture.

This makes for a more immersive viewing experience, particularly if you’re watching the screen in a dark room.

The Acer KB272HL also has a solid peak brightness of 300-nits and it supports 8-bit color depth with a 72% NTSC (~100% sRGB) color gamut which is very good for a monitor at this price range.

While the colors aren’t as accurate and consistent as that of equally-priced IPS models, they are still vibrant and rich, and much better than that of any TN panel display at this price range.

VA panels also have wide 178-degree viewing angles allowing you to look at the screen at basically any angle without having the colors, contrast, and brightness of the picture notably degrading in quality.

The Acer KB272HL 27″ monitor has a screen resolution of 1920×1080 (Full HD) pixels. On a 27-screen, that results in a pixel density of 81 pixels per inch. This means that you won’t have a lot of screen real estate available as small components such as icons and text will take up a lot of space.

Further, the details won’t be clear and sharp, but somewhat pixelated. In video games, you can alleviate this by applying some anti-aliasing.

Generally, this isn’t a big issue for video games and watching movies as the image becomes less pixel-y the further you are away from the screen. In fact, at about 42″ (107cm) away from the screen, you won’t be able to distinguish the individual pixels at all.

However, if you do a lot of work that involves reading and typing on your PC, we really don’t recommend this pixel density and you should look for a 27″ 1440p monitor or a 24″ 1080p display instead. 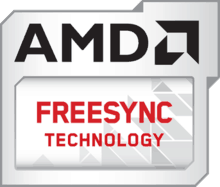 The Acer KB272HL input lag performance is excellent with only 10ms of delay which is imperceptible at 75Hz. Moreover, the response time speed of 4ms (GtG) is sufficient to eliminate any prominent trailing of fast-moving objects at this refresh rate.

Moreover, the monitor supports AMD FreeSync with a 48-75Hz variable refresh rate (VRR). If you have a compatible graphics card, you can enable this technology and eliminate all screen tearing and stuttering within the said VRR range.

You cannot use FreeSync with NVIDIA cards since the monitor doesn’t have a DisplayPort input, but you can use the monitor up to 75Hz without issues.

To use FreeSync, you will need to use an HDMI cable which isn’t included with the monitor. So, if you don’t have one lying around, make sure you get a VESA-certified HDMI cable.

Moving on, the Acer KB272HL features the Acer VisionCare technology which implies that the screen is flicker-free and has an integrated low-blue light filter to lower eye strain.

Other useful features of the Acer KB272HL display include Black Boost (increases visibility of objects in the dark in video games), Refresh Rate Num (an on-screen tracker for the refresh rate), and advanced picture changes such as 6-axis hue/saturation and gamma.

You will also find several pre-calibrated picture presets (User, Standard, ECO, Graphics, Darkroom, Movie, Reading, and sRGB) and a few Overdrive modes (Off, Normal, and Extreme) if you wish to push the pixel transition time.

Note that you cannot use the Extreme overdrive preset and FreeSync at the same time which is not an issue since there’s no ghosting when using the Normal preset. In fact, using the Extreme mode introduces noticeable pixel overshoot or inverse ghosting.

There are five monitor hotkeys in addition to the power button for navigation through the OSD (On-Screen Display) menu. When the menu is not open, you can use the other buttons as shortcuts for certain functions such as input source selection, toggling between picture presets, adjusting the brightness, etc. 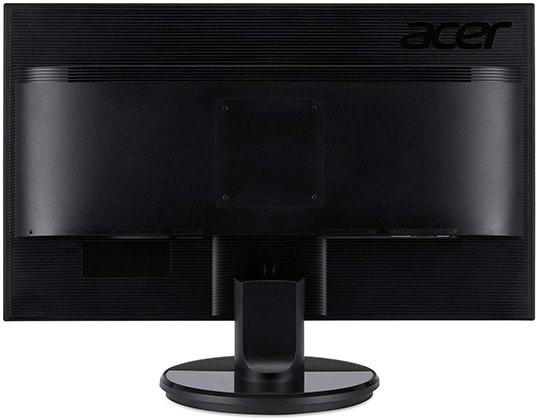 The Acer KB272HL has a very elegant slim design with ultra-thin bezels. It even has a 100x100mm VESA pattern which is often excluded from displays at this price range. You can also tilt the screen by -5°/25° while connectivity options include an HDMI 1.4 port and a VGA input.

However, at this price range, you can get a 144Hz gaming monitor which also features a VA panel with a high contrast ratio. So, make sure to check out our AOC C24G1 review.

For more displays at this price range, visit our best gaming monitor under $150 buyer’s guide.

While the Acer KB272HL is a solid monitor for gaming, there are simply better alternatives for the price available.