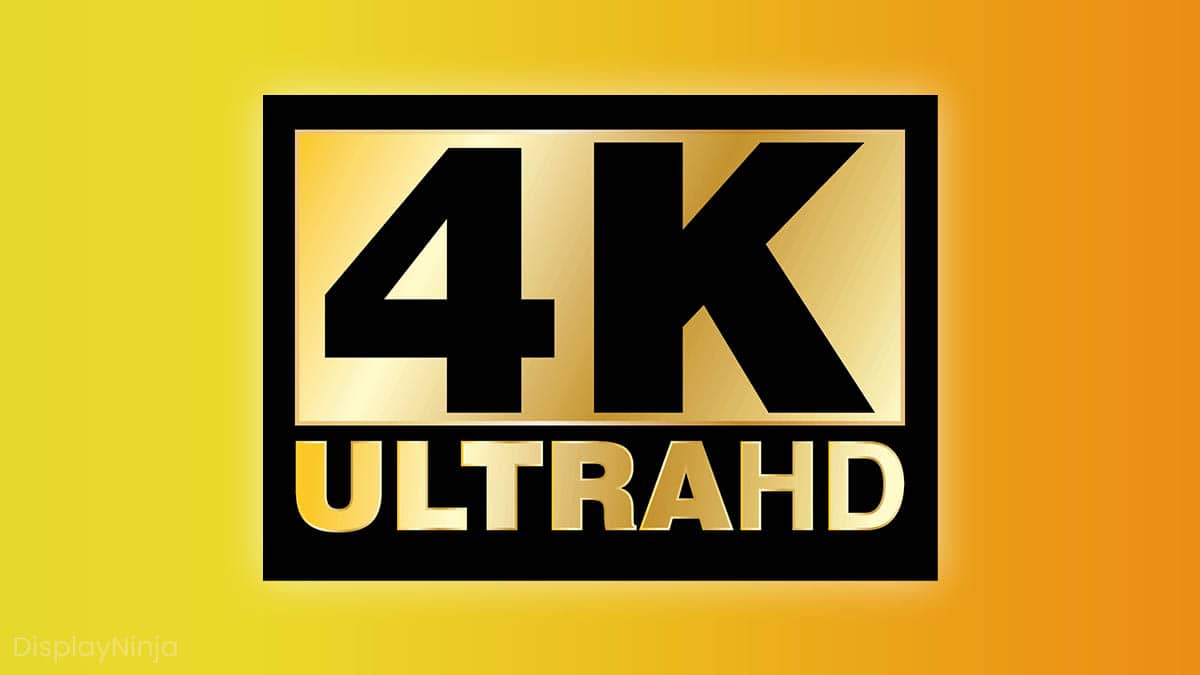 4K, Ultra HD, or 2160p is a display resolution of 3840 x 2160 pixels or 8.3 megapixels in total. With more and more 4K content being available and the prices of 4K displays going down, 4K resolution is slowly but steadily on its way to replacing 1080p as the new standard.

If you can afford the hardware required to run 4K smoothly, it’s definitely worth it.

Unlike the lower screen resolution abbreviations that contain vertical pixels in their label, such as 1080p for 1920×1080 Full HD or 1440p for 2560×1440 Quad HD, 4K resolution implies roughly 4,000 horizontal pixels instead of the vertical value.

The 4K UHD standard that’s used for TVs, monitors, and video games is also dubbed as the UHD-1 or UHDTV resolution, whereas in professional film and video production, the 4K resolution is labeled as DCI-4K (Digital Cinema Initiatives) with 4096 x 2160 pixels or 8.8 megapixels in total.

Furthermore, there’s the 8K resolution, which is also referred to as Ultra HD with 7680×4320 pixels – or 8K Ultra HD. Such high resolution allows for even sharper picture quality. 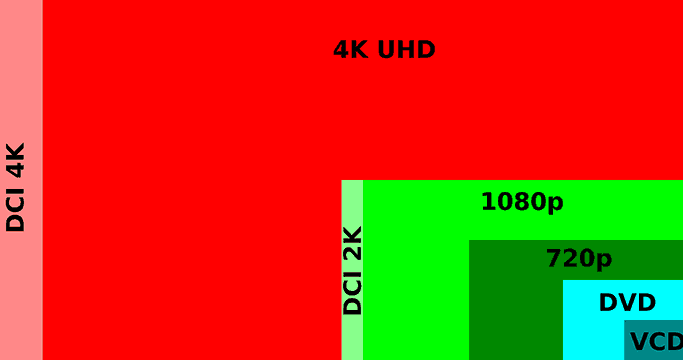 Even though 4K monitors are becoming more and more affordable, if you want to enjoy smooth gaming performance at 4K, you will need an expensive high-end CPU/GPU build to properly power it up.

You will need at least an RTX 3060 or 6600 XT to get a reasonable framerate at 4K, and that’s with a lot of settings turned down.

For both high picture settings and high framerate at 4K in the latest titles, you will need to invest in at least an RTX 3080 or 6800 XT.

Pairing your AMD or NVIDIA graphics card with a FreeSync or G-SYNC monitor respectively, can also significantly help with the performance.

A benefit to this is that the picture is amazingly crisp and sharp, so you won’t need to use anti-aliasing to remove the ‘staircase effect’ like it’s the case with the lower resolutions. This will also save you some extra frames per second in video games.

In essence, gaming at 4K means sacrificing gameplay fluidity for better image quality, at least for now. So, if you play competitive games, you’re better off with a 1080p or 1440p 144Hz gaming monitor, but in case you prefer better graphics, 4K is the way to go.

Since most console games are limited to either 30 or 60 FPS (Frames Per Second), getting a 4K display for your 4K-capable consoles, such as PlayStation 4 Pro or Xbox One X, is definitely worthwhile.

The PS5 and the Xbox Series S/X do support 120Hz at 4K, but since the resolution is quite demanding even for their hardware, most people prefer to take advantage of 120Hz at 1080p (for PS5) or 1440p (for Xbox).

When it comes to home entertainment, if your favorite shows and movies support 4K resolution, a 4K TV will allow you to enjoy them on a whole new level.

Nowadays, there’s plenty of 4K content of select shows available via online streaming services such as Amazon Video, Netflix, YouTube, and many more.

Having said that, you should also note that some broadcast/cable services don’t offer any 4K content yet. So, before you go out and buy a 4K TV, make sure you’ll have a source of content.

Another thing you should keep in mind when buying a 4K display is the screen size, which thereby affects the pixel density – or in other words, pixels per inch.

Essentially, this means that if you want a bigger TV, you should sit further away from it than you would from a smaller screen in order not to notice pixels and, therefore, have a better viewing experience. In the chart below, you can see the recommended viewing distance for different TV sizes at 4K.

If you want an even better image quality than that of a 4K screen, the next step is getting a 4K HDR (High Dynamic Range) display.

In short, HDR further enhances the image quality by providing an extended color gamut, a superior contrast ratio, and a higher brightness level for the compatible content, thus bringing it closer to the creator’s true intent.

For a proper HDR viewing experience, you’ll need either an OLED display or a LED display with a decent local dimming solution.

Finally, you’ll have to decide whether to get a regular LED LCD or an OLED display.

Unlike LED, mini LED and QLED (quantum dot + LED) displays, OLED is self-emissive meaning that each pixel produces its own light.

However, OLED displays have a risk of screen burn-in if you’re not careful and leave a picture with static elements on the screen for too long. They also can’t get as bright as equally-priced LED/QLED displays.

In the end, the choice between the two comes down to personal preference and your budget. You can learn more about OLEDs and how they are different from other panel technologies here.

While there are more and more OLED TVs available, there are only a few OLED monitors out there.

Since PC gaming at 4K is rather demanding, even those who can afford it will have to sacrifice frame rate for superior image quality.

If you’re just looking for a display to enjoy your favorite TV shows, streams, and movies, then getting a 4K TV or monitor is certainly worth it due to the attractive price drops lately, as well as the growing availability of content.