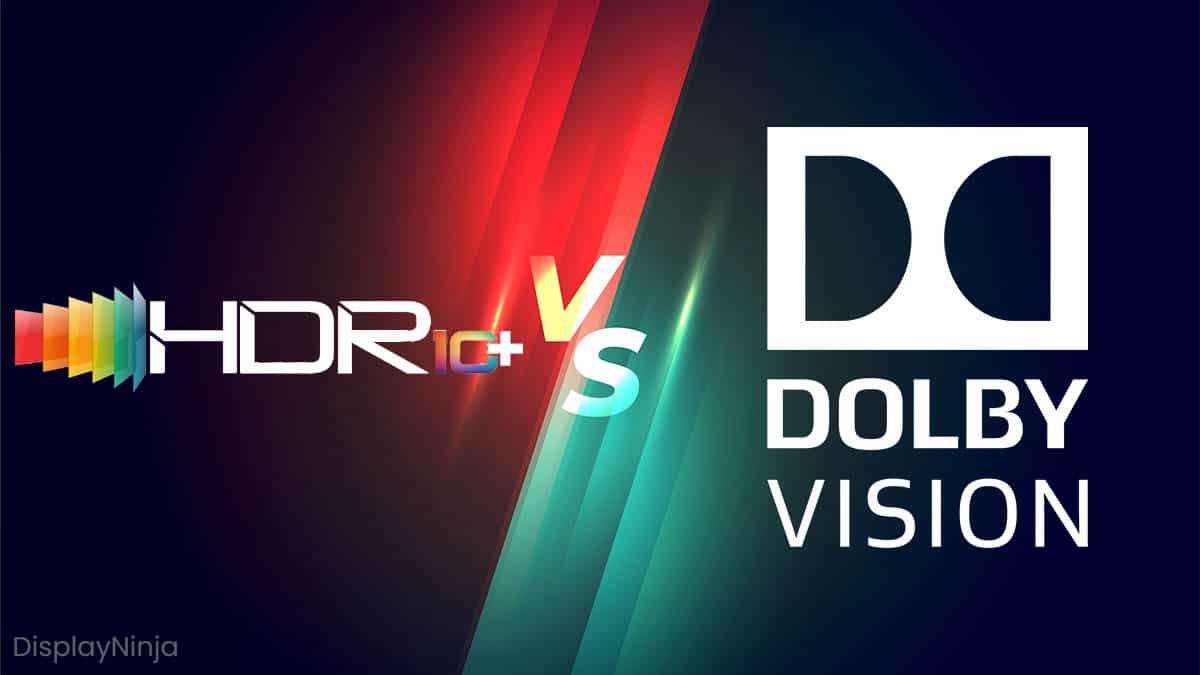 HDR10 and Dolby Vision are two main HDR formats. The difference is that HDR10 is an open-standard and non-proprietary, whereas Dolby Vision requires a license and fee from Dolby.

And while Dolby Vision is currently capable of producing a better image quality, there are no TVs that could take full advantage of what it provides as opposed to HDR10.

However, Dolby Vision does offer a better picture quality, mainly due to its dynamic metadata.

HDR or High Dynamic Range is the new buzzword when it comes to modern TVs and monitors. But, what exactly is it all about?

In short, an HDR TV or monitor can display more life-like colors as well as higher contrast and brightness levels while playing HDR-compatible content.

Learn more about HDR for TVs and HDR for monitors.

In this article, we’ll focus on the differences between two main HDR formats: HDR10 and Dolby Vision (DV).

First of all, HDR10 is free and open-standard, meaning that TV producers and content creators don’t need to pay for implementing it, while Dolby owns Dolby Vision.

So, what exactly do you get for paying the premium for Dolby Vision?

Well, DV is capable of displaying 12-bit color depth, which amounts to 68.7 billion colors, whereas HDR10 is limited to 10-bit and 1.07 billion colors.

However, since there are no 12-bit TVs or such content available yet, Dolby Vision downsamples its color depth to 10-bit, which provides only a subtle improvement over native 10-bit color.

Moving on, Dolby Vision implements its metadata on a frame-by-frame basis, which makes it ‘dynamic HDR’ while HDR10 is static.

What does this mean for you?

It means that if you are watching an HDR movie on an HDR display, HDR10 will set the same metadata for the entire film. In contrast, Dolby Vision can change information such as color and brightness dynamically, thus making the viewing experience more immersive.

Moreover, there’s the HDR10+ format, which introduces dynamic HDR to the HDR10 standard while remaining royalty-free.

At the time of this writing, HDR10+ content is only available on a few streaming services (including Amazon) and discs, but more and more TVs are beginning to support HDR10+.

Samsung also announced the HDR10+ Gaming standard that we’ll start seeing on new TVs and monitors, as well as video games in 2022.

Unsurprisingly, HDR10 has the lead when it comes to content availability since it’s free.

Further, more TVs support HDR10 than Dolby Vision, and there are only a few monitors that support DV. The PS4/Pro and PS5 only support HDR10, while Xbox One S/X and Series S/X support both HDR technologies.

Most HDR content can be found on streaming services such as Netflix, Amazon Video and Vudu, where you can find content for both Dolby Vision and HDR10.

Keep in mind that all TVs that support Dolby Vision are also compatible with HDR10; so, you are not forced to choose between the two formats.

However, some displays that support Dolby Vision don’t support HDR10+, and vice versa – while there are models that support both, they’re rare.

There are plenty of PC and console games that support HDR10 as well.

Another vital HDR format is HLG (Hybrid Log-Gamma), which was developed by BBC and NHK for live broadcast; HLG features static HDR and is compatible with HDR10 and DV displays.

HDR monitors have different standards than HDR TVs. You may even find 8-bit color monitors that feature HDR; these are often referred to as ‘pseudo-HDR’ displays since they don’t offer a particularly significant improvement over the standard image quality.

Most people find that a display should have at least 1,000-nit peak brightness and full-array local dimming – or an OLED panel for the optimal or “true” HDR viewing experience.

For now, HDR10 is a more cost-efficient and widespread format, while Dolby Vision is the premium option.

However, with the introduction of HDR10+ and HDMI 2.1, dynamic metadata will be more accessible, so it remains to be seen whether Dolby Vision is going to be worth it.

What Is Pixel Walk Or Pixel Inversion?