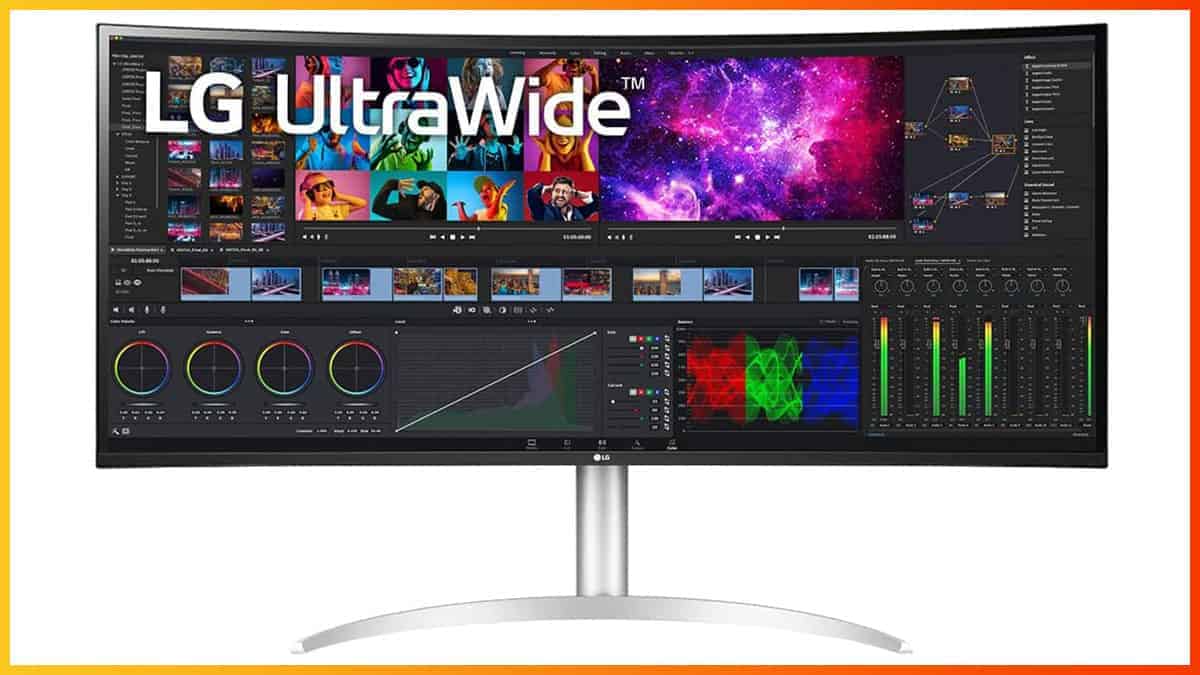 The LG 40WP95CU is a high-end 5K2K IPS ultrawide display for productivity work that offers plenty of premium and convenient features. While it is quite expensive, it’s worth the price if you can put its screen and features to good use.

However, as there are a few more ultrawide models based on the same panel with slightly different feature sets, make sure the LG 40WP95C is the most suited model for you; a comparison is included in the review.

The LG 40WP95C-W boasts the 5K2K resolution for those who prefer the ultrawide format but don’t want to compromise on pixel density.

Based on a Nano IPS panel, the LG 40WP95C has a wide color gamut covering 98% DCI-P3 color space for vibrant image quality. Its native color gamut is equivalent to around 135% sRGB gamut size, so regular sRGB content will have over-saturated colors in Windows.

Now, some people prefer that extra color vibrancy, while others are for more accurate sRGB colors when viewing sRGB content. The good news is that the LG 40WP95C monitor has an sRGB emulation mode with adjustable brightness that can restrict its native gamut down to ~100% sRGB for better accuracy!

IPS technology also has 178° wide viewing angles, so the image won’t shift in color, brightness or contrast regardless of the angle you’re looking at the screen.

In addition, the monitor supports 10-bit color depth via dithering for less banding and it’s factory calibrated, so it’s ready for color-critical work right out of the box.

So, you get plenty of screen space as well as crystal-clear text and details. Some users prefer not to use scaling at this pixel density, while others might be more comfortable with 125% scaling.

Further, the 21:9 ultrawide format provides you with extra horizontal screen space that’s especially useful for productivity work and audio/video editing due to the better view of your timelines.

Related:Are UltraWide Monitors Worth It?

In compatible games, you get an extended field of view for a more immersive gaming experience. Most newer titles support ultrawide resolutions natively and even a lot of older games can be patched or modded to do so. In games without ultrawide support, you’ll have to play with black borders at the sides of the screen or with a zoomed-in picture that fills the screen but crops some of the details.

Sadly, the monitor has a low static contrast ratio of 1,000:1, which is expected from an IPS panel, but there’s no local dimming that could improve it. At this price range, you can get OLED or mini LED FALD (full-array local dimming) monitors with a much better contrast ratio for deeper blacks and an overall better image quality, but of course, they won’t have some of the features the LG 40WP95C offers.

All IPS panels suffer from IPS glow, which can be characterized as visible glowing around the corners of the screen at certain angles. The intensity varies from unit to unit, but in most cases, it’s completely manageable.

Another weakness of the LG 40WP95C-W is the mediocre peak brightness of 300-nits. However, most users find a brightness of ~120-nits to be sufficient under normal lighting conditions, so this won’t be a problem unless you’re in a particularly bright room without any blinds/curtains.

The monitor can accept the HDR10 signal, but since it lacks local dimming, you can ignore its HDR support. Some content and scenes might look a bit better due to the wide color gamut and 10-bit color depth, but you’ll mostly prefer to have it disabled.

Thanks to its IPS panel with fast pixel response time speed, there’s no noticeable ghosting behind fast-moving objects. There are four response time overdrive modes: Off, Normal, Fast and Faster, which we recommend leaving at ‘Normal.’

Input lag performance is also excellent at ~10ms of delay, which is imperceptible.

The LG 40WP95C has a maximum refresh rate of 72Hz, which offers a small but noticeable boost in motion clarity in comparison to the standard 60Hz.

To see this benefit in video games though, you’ll have to run games at 72FPS, which can be quite demanding due to the high 5120×2160 resolution (33% more pixels than 4K UHD).

AMD FreeSync is supported with a 48-72Hz VRR (variable refresh rate) range. So, as long as your frame rate is within that range, there’ll be no screen tearing or stuttering. FreeSync also works with compatible NVIDIA GPUs (GTX 10-series or newer) over DisplayPort on this monitor.

The backlight of the monitor is flicker-free and there’s an integrated low-blue light filter (Reader mode) that can help reduce eye fatigue.

There’s a directional joystick beneath the bottom bezel of the screen for quick and easy navigation through the OSD (On-Screen Display) menu. Alternatively, you can use the On-Screen Control desktop application.

LG’s Dual Controller feature is also available, which works similar to a KVM switch as it allows you to control two PCs via one set of keyboard/mouse; however, they need to be connected to your main PC, not to the monitor, and both PCs must be connected to the same network.

Usually, LG’s Dual Controller requires at least one monitor to be connected via HDMI to work, but we weren’t able to confirm this.

There’s also a feature called Variable Backlight that dims or brightens the entire screen depending on the content, but we recommend disabling it.

The screen has a subtle 2500R curvature for added immersion and a light matte anti-glare coating that eliminates reflections.

The HDMI ports are limited to 30Hz at 5120×2160, so they’re mainly intended for the Dual Controller feature and PbP/PiP.

They’re all based on the same panel, so the image quality is basically identical – here are the main differences between them:

While these monitors are expensive and don’t offer nearly as good image quality or gaming performance as some similarly priced alternatives, they’re among the best displays for productivity work available.

If you’re looking for something similar but cheaper, consider a multi-monitor setup with the LG 32UN650 32″ 4K IPS monitor.

Alternatively, consider the LG 34WK95U and the MSI PS341WU. These are 34″ 5120×2160 models, so you get a smaller screen, but sharper details and text. Moreover, they have a significantly higher typical brightness of 450-nits.

Overall, the LG 40WP95C is an excellent high-end monitor for productivity work and it’s worth the price if you can put its premium features to good use; otherwise, there are more cost-effective solutions out there.