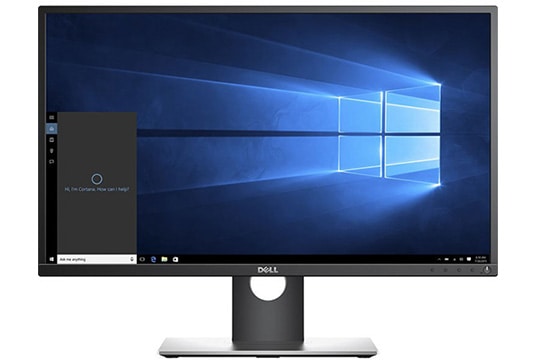 The Dell P2717H offers premium design quality and extensive connectivity options, but it lacks certain modern features. What’s more, it’s rather expensive for a 1080p display considering there are 1440p and 144Hz models available within the same price range.

The Dell P2717H is a 27″ 1080p IPS monitor with a fully ergonomic design and extensive connectivity options. Nonetheless, despite lacking modern features such as FreeSync and a 75Hz refresh rate, it’s rather aggressively priced.

Based on an IPS panel with true 8-bit color depth, a 300-nit peak brightness, a static contrast ratio of 1,000:1, and wide 178-degree viewing angles, the Dell P2717H monitor provides a vibrant and bright image quality with accurate and consistent colors.

Although Dell promotes this monitor as ‘Professional’ with ‘enhanced productivity,’ in truth, any 24″ 1080p IPS monitor would provide you with better conditions for office-related work.

In fact, for the price of the Dell P2717H, you could get a 27″ 1440p display instead, which would drastically increase your productivity due to its notably higher pixel density. 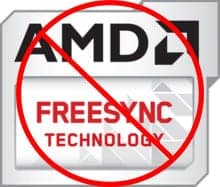 The Dell P2717H has an input lag of ~15ms, which is quick enough to eliminate any noticeable delays between your commands and what appears on the screen.

On the other hand, games definitely won’t take an interest in this monitor as it has a limited refresh rate of 60Hz and no support for a variable refresh rate technology i.e., FreeSync.

Moving on, the Dell P2717H 27″ monitor has a 6ms (GtG) response time speed, which is sufficient to eliminate most of the trailing of fast-moving objects at 60Hz, but some ghosting is visible in fast-paced games.

Overall, there aren’t any issues concerning the performance, but there are better displays at this price range.

Just like most modern monitors, the Dell P2717H has a flicker-free backlight and an integrated low-blue light filter. These two features ensure a comfortable viewing experience by preventing eye strain and headaches caused by prolonged use of the monitor.

We also didn’t find any dead or stuck pixels on our unit, and there was minimal (within expected amounts) IPS glow and backlight bleeding present. 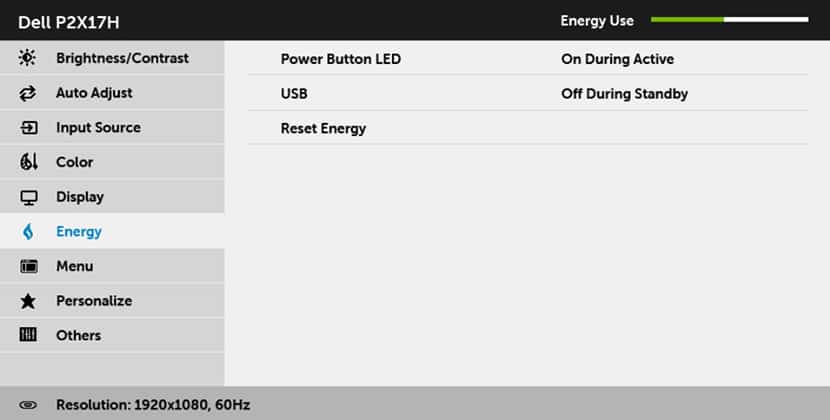 There are five hotkeys placed on the bottom bezel of the monitor on the right side. When the OSD (On-Screen Display) menu is not open, these buttons can be used as shortcuts for certain functions, including Preset Modes, Input Source, Menu, Exit, and Power.

Dell also boasts a dynamic contrast ratio of 4,000,000:1, but this is just a marketing gimmick, and we recommend leaving this option on ‘Off’ for the best image quality. 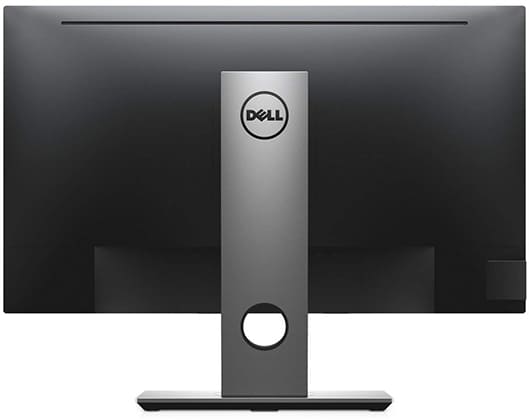 Connectivity options are abundant and include DisplayPort 1.2, HDMI 1.4, VGA, and five USB ports (one upstream, two downstream USB 2.0 ports, and two downstream USB 3.0 ports at the side). There’s no audio jack, but the monitor is compatible with some of Dell’s soundbars.

Lastly, the screen has a 3H matte anti-glare coating, which eliminates reflections.

The Dell P2717H is usually available for around $250, which is rather expensive considering its low resolution for the screen size and lack of modern features.

We recommend checking out the AOPEN 27ML1U, which a 27″ 1440p IPS monitor with AMD FreeSync up to 75Hz that’s available for the same amount of money.

If you want a 1080p IPS monitor, we recommend having a look at the LG 24MP59G (better fit for gamers) and the HP VH240a (more suited for professional use).

While the Dell P2717H may offer an alluring design and rich connectivity options, its image quality and features are simply not up to par with the available alternatives at this price range.