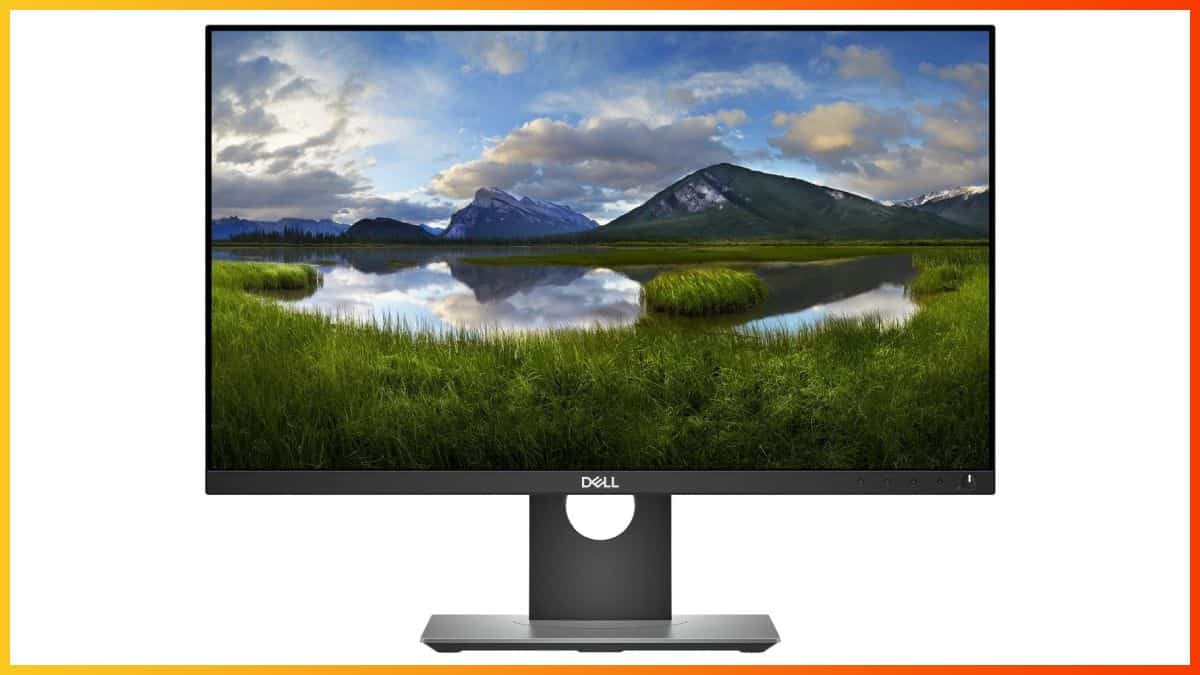 The Dell P2418D is a 24″ 1440p IPS monitor with crystal-clear image quality and rich colors. Moreover, it offers smooth performance and a gorgeous design with extensive ergonomics and connectivity options.

Most of the 1440p displays are 27,” which brings them to a perfect ratio of screen size/resolution with a pixel density of ~108 pixels per inch.

However, if you want even sharper and punchier details, a 24″ 1440p monitor such as the Dell P2418D might be just right for you.

Keep in mind though, small items such as text might be too tiny for some users, so you will have to scale up the interface to at least 125%.

By doing so, you will get less screen space, but the details will be bigger and more clear.

Unfortunately, some applications don’t scale well; they either can’t scale at all or have only a few options available (for example, only 100% and 200%).

So, if you frequently work with certain apps, make sure to check how they handle scaling.

Overall, the colors are consistent, precise, and vivid though the contrast ratio of 1,000:1 makes certain black shades appear grayish in comparison to VA panels with a higher contrast.

With an input lag performance of around 14ms, the Dell P2418D is fit for competitive gameplay, even though it’s not intended for gaming.

However, its low 60Hz refresh rate and absence of gaming features such as a variable refresh rate will most likely repulse most gamers.

The Dell P2418D 24″ monitor has a response time speed of 5ms (GtG), which will eliminate most of the ghosting and trailing of fast-moving objects in games and movies.

In order to set the response time to 5ms, make sure the Response Time setting in the OSD (On-Screen Display) menu is set on ‘Fast’ as ‘Normal’ provides a response time of 8ms.

Thanks to its wide 178-degree viewing angles, you can enjoy a flawless picture from basically any angle as the image doesn’t shift in color and contrast.

The backlight bleeding and IPS glow are minimal, and there were no dead pixels on our Dell P2418D unit.

The Dell P2418D has a flicker-free backlight and an integrated low blue light filter (ComfortView preset), which together prevent eye strain and headaches even if you look at the screen for a long time.

There are five monitor hotkeys in total, two of which can be used as shortcuts for certain OSD functions.

The first hotkey allows you to swap through the pre-calibrated picture presets (Standard, ComfortView, MultiMedia, Movie, Game) while pressing the second one swaps between the input sources.

In the OSD menu, you can customize the shortcut keys for the following functions: aspect ratio, brightness/contrast, and rotate – if you frequently change the monitor’s position to portrait.

Finally, the Dell P2418D IPS monitor also comes with the Dell Display Manager software, which allows you to tweak the OSD settings in a desktop application.

Using the Dell Easy Arrange feature, you can split your screen into different layouts and then snap certain apps to the selected part of the screen for easier multi-tasking.

In regards to the connectivity, there’s an HDMI 1.4 port and a DisplayPort 1.2 input as well as one upstream and four downstream USB 3.0 ports – two at the bottom and two at the side (one USB at the side also supports fast-charging).

There are no audio jacks nor built-in speakers, but there is a slot for Dell’s soundbars on the monitor. Lastly, the screen has a matte screen coating, which eliminates reflections.

We also recommend having a look at the Aopen 27ML1U, which is an affordable 27″ 1440p IPS display.

All in all, the Dell P2418D is an excellent monitor for work, home entertainment, and everyday use.

Though it does have accurate colors, there are better monitors for photo-editing at this price range.

The same applies to gaming. If you’re looking for a gaming monitor within this price range, check out the best gaming monitors under $300.