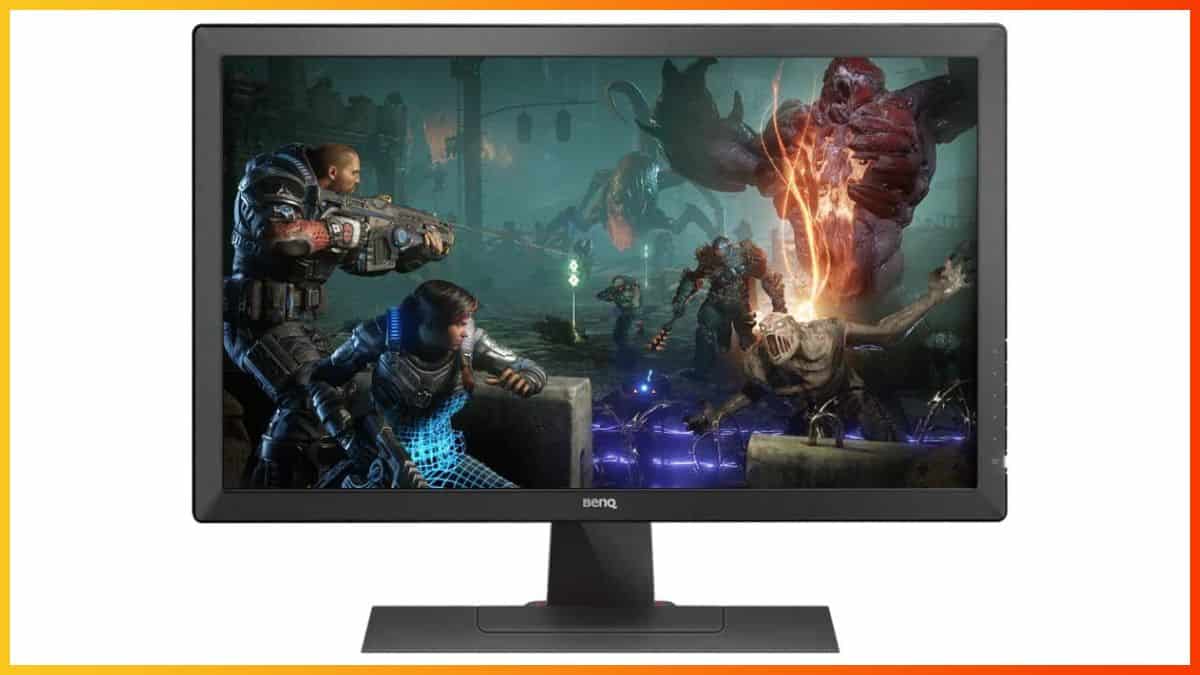 Thanks to its incredibly low input lag, quick response time, and a plethora of useful gaming features, the BenQ RL2455S is the best monitor for competitive console gaming. For casual gaming though, there are better alternatives out there.

The BenQ RL2455S is the best monitor for competitive console gaming at 1080p. It offers low input lag, quick response time, and plenty of gaming features.

It’s the successor to the popular BenQ RL2455HM, which is also referred to as just ‘BenQ RL2455’.

While its image quality is standard for a TN panel display, at this price range, you could get a 24″ 1080p monitor with an IPS or VA panel, which would provide you with wider viewing angles and better colors/contrast.

However, the TN panel of the RL2455S provides a faster response time speed of only 1ms, which more efficiently removes trailing and motion blur of fast-moving objects.

On a 24″ screen, 1080p resolution results in a decent pixel density of roughly 91 pixels per inch, which makes for sharp and precise details.

In addition to having a fast response time speed, the BenQ RL2455S has a very low input lag of only ~3ms, which is impressive for a 60Hz display.

You can also overclock the monitor up to 75Hz when using it with a PC for a slight boost in motion clarity. Alas, the monitor doesn’t support FreeSync, which would provide a variable refresh rate for AMD cards and Xbox One consoles.

In the OSD (On-Screen Display) menu, you will also find a feature called AMA (Advanced Motion Acceleration). It’s an overdrive setting for pixel transition (response time) with Off, High, and Premium options.

We recommend leaving it at ‘High’ as ‘Premium’ introduces inverse ghosting.

The BenQ RL2455S eSports gaming monitor has a flicker-free backlight and a low-blue light filter, so you can game for hours and not worry about eye strain or headaches.

Useful gaming features include Black eQualizer, which increases the visibility of objects in the dark in video games and Color Vibrance, which saturates the colors for a more eye-catching viewing experience.

The BenQ RL2455S monitor has a bulky design with thick bezels, but it’s sturdy, while the bezels are specifically designed to reduce reflections. The stand is tilt-only, but you can mount the screen on a third-party stand via the 100x100mm VESA pattern.

The BenQ RL2455S price amounts to around $170. Considering its outstanding input lag performance, quick response time, and other gaming features, the price is fairly reasonable.

However, if you’re not a hardcore PvP player, we recommend having a look at the ASUS VA24DQ. It’s a 24″ 1080p monitor with an IPS panel, which offers remarkably better image quality and wider viewing angles.

It may not have as quick response time or as low input lag, but it’s more than enough for casual gaming. Plus, it’s more affordable and even offers AMD FreeSync.

Overall, the BenQ RL2455S console gaming monitor delivers an impeccable performance, which is why it’s the leading choice of numerous tournaments.

For this reason, it’s also a bit more expensive, so there’s no need to pay the premium if you’re more of a casual gamer, in which case there are better alternatives for the money.