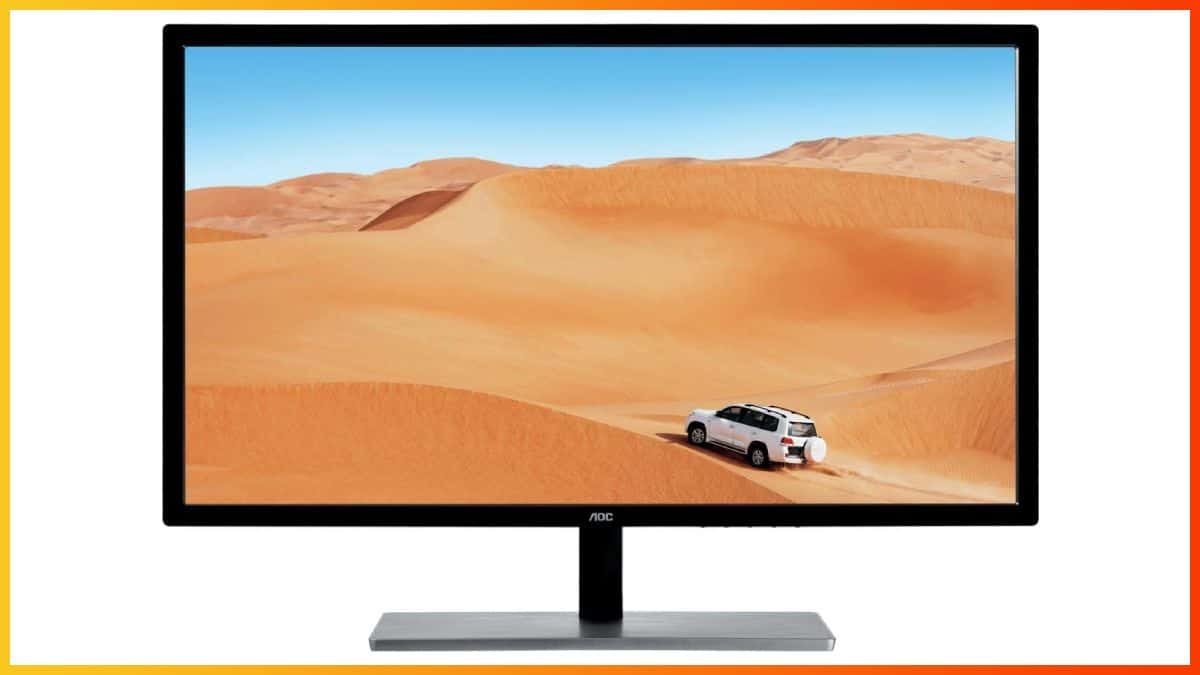 The AOC Q3279VWFD8 is an affordable 32″ 1440p 75Hz monitor, making it great for light gaming, office work, and everything in-between.

The AOC Q3279VWFD8 is one of the cheapest 1440p monitors. It features a large 32″ screen, a 10-bit IPS panel for amazing colors, lots of connectivity options, and extra gaming features, including AMD FreeSync.

At the time of this writing, the title of the AOC Q3279VWFD8 monitor on Amazon says that it has an MVA panel; if you scroll a bit down to the monitor description, you’ll see that it actually features an IPS panel.

The AOC Q3279VWF model, however, is the same monitor with a VA panel instead of IPS.

So, should you go with the VA or the IPS model? Well, it depends on what type of content you’ll be watching.

For color editing, you should stick with the AOC Q3279VWFD8 IPS panel display, which has more accurate and consistent colors.

While both technologies offer wide 178-degree viewing angles, VA panels can cause the image to slightly shift in contrast when the screen is viewed from distorted angles.

Furthermore, VA panels don’t suffer from IPS glow, which can make the picture glow in the corners due to excess light leaking through.

The IPS glow isn’t particularly noticeable unless you’re watching dark scenes in a dark room with no lights; for instance, when watching a movie.

Due to the lack of IPS glow and thanks to its superior contrast, the AOC Q3279VWF is better for watching movies and overall video entertainment.

Finally, we get to gaming.

While the deep blacks of VA panels make watching content more immersive, they also cause pixels to change from one shade into another more slowly.

This results in ghosting and smearing of fast-moving objects in video games, which makes the AOC Q3279VWFD8 a better choice for fast-paced gaming.

The AOC Q3279VWFD8 input lag is ~5ms, which is slightly higher than the VA model, but the difference is not noticeable.

Moving on, the 1440p resolution on a 31.5″ screen provides the same pixel density as 1080p on 24″ monitors meaning that you’ll get a decent amount of screen space and a good amount of details.

If you have an AMD FreeSync graphics card or an Xbox One console, you will be able to synchronize the GPU’s frame rate with the monitor’s refresh rate within 48-75Hz/FPS (Frames Per Second) rate range.

The variable refresh rate will thus eliminate all screen tearing and stuttering but without introducing input lag like VSYNC does.

NVIDIA users can also use the AOC Q3279VWFD8, but not its variable refresh rate technology.

Besides FreeSync, you get the AOC Shadow Control and Game Control features, which consist of several different presets for quick gamma and color adjustments.

You will also find FPS, RTS, Racing, and three customizable Gamer profiles, as well as the Overdrive setting with four, presets: Off, Weak, Medium, and Strong.

The AOC Q3279VWFD8 screen is flicker-free and has a low blue light filter for the optimal viewing experience if you are sensitive to screen flicker. 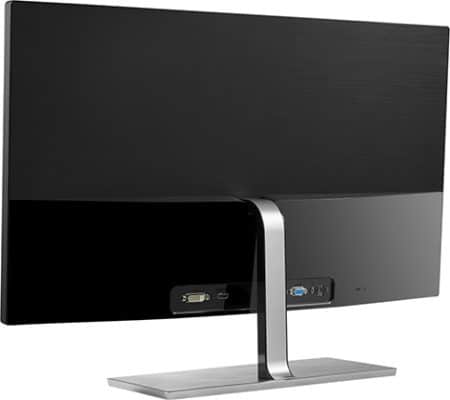 The AOC Q3279VWFD8 boasts a slim and modern design with moderately thick bezels. However, it’s tilt-only (-3.5°/+23.5°) and has no VESA mount compatibility.

Unlike the AOC Q3279VWF with a glossy screen surface, the IPS model has a matte screen coating, which eliminates reflections.

Connectivity options consist of DisplayPort 1.2, HDMI 1.4, VGA, DVI, and a headphones jack. The AOC Q3279VWFD8 FreeSync range is 48-75Hz over both HDMI and DP.

The AOC Q3279VWFD8 price is usually around $200, which is generally good value for the price.

You get a huge screen with a crisp image quality, rich colors, and a smooth performance thanks to the low input lag, quick response time, and AMD FreeSync up to 75Hz.