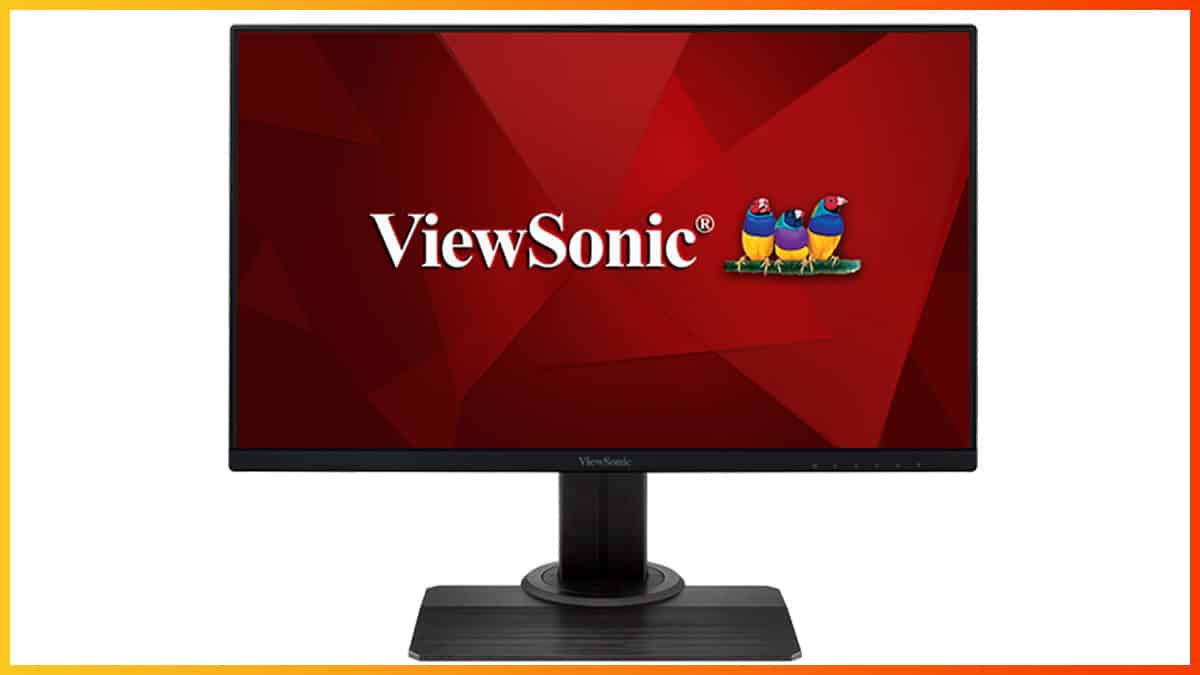 The ViewSonic XG2431 is a 24″ 1080p 240Hz gaming monitor based on an IPS panel with a fast 1ms GtG pixel response time speed, wide viewing angles and accurate colors. It supports AMD FreeSync and offers the Blur Busters 2.0 Approved certification for improved MBR performance and customization.

The ViewSonic XG2431 is the first gaming monitor to receive the Blur Buster Approved 2.0 certification for immaculate backlight strobing performance.

The monitor is based on a newer generation 23.8″ 1080p 240Hz IPS panel by Innolux instead of the more common 24.5″ version developed by AU Optronics that’s used in popular gaming monitors, such as the ASUS VG259QM.

So, regardless of the angle you’re looking at the monitor, the image quality will be flawless, while the 350-nit brightness allows the screen to get more than bright enough even in well-lit rooms.

The 1,000:1 contrast ratio is expected from IPS technology, so you won’t get as deep blacks as that of VA monitors (~3,000:1), but if you want a responsive gaming experience with no trailing behind fast-moving objects, IPS is the way to go at this price range.

Besides the mediocre contrast ratio, IPS monitors also suffer from IPS glow, but the intensity of it varies from panel to panel; in most cases, it’s tolerable or even negligible.

Moving on, the ViewSonic XG2431 monitor covers 100% of the sRGB color space, which results in vivid and accurate colors without over-saturation. Some users might’ve preferred a wider color gamut as better shade variety can make your enemies stand out more in certain environments.

However, with just the basic sRGB gamut coverage, the colors still look rich and you get to see them as the developers intended. Besides, there are no 1080p 240Hz+ models with a wide color gamut available. You’d have to opt for a 1440p 144Hz+ model for that.

The 1080p resolution looks crisp on the 23.8″ sized screen of the monitor. You get a bit higher pixel density in comparison to the 24.5″ models (89.91 PPI), but the difference is subtle. Most importantly, 1080p allows you to maintain high frame rates in competitive games as it’s not very demanding on your CPU and GPU.

The ViewSonic XG2431 has three response time overdrive modes: Standard, Advanced and Ultra Fast. We recommend using the Advanced mode as it will prevent ghosting in fast-paced games without adding any overshot thanks to the rapid 1ms GtG pixel response time speed.

Input lag is imperceptible at ~3ms, so you won’t be able to notice or feel any delays between your actions and the result on the screen.

AMD FreeSync is supported with a 48-240Hz variable refresh rate range for tear-free gameplay up to 240FPS. Below 48FPS, LFC (Low Framerate Compensation) takes over and multiplies the frame rate in order to keep tearing at bay.

While the monitor is not certified by NVIDIA as ‘G-SYNC Compatible’ VRR works without issues when using GeForce cards (GTX 10-series or newer, over DisplayPort).

The main course is the PureXP+ MBR (Motion Blur Reduction) technology tuned by Blur Busters, who popularized this technology in the first place and are constantly working on improving its implementations.

The ViewSonic XG2431 is the first model to receive their Blur Busters Approved 2.0 certification, which brings various perks. MBR uses backlight strobing to reduce perceived motion blur at a cost of image brightness and it can sometimes introduce duble-image effects due to strobe crosstalk.

With PureXP+, strobe crosstalk and other visual artifacts are minimized and even non-existent once everything is properly set up. To start with, you get four presets (Light, Normal, Extreme and Ultra) that offer different trade-offs between image brightness and motion clarity. With the Ultra mode, for instance, motion is clearest, but it also sacrifices the most brightness, so the picture is the darkest.

Next, there are pre-tuned strobing modes for 60Hz, 100Hz, 120Hz and 240Hz, so you can start enjoying the improved motion clarity with just a few clicks after turning on the screen for the first time. For the best results, we recommend using either 100Hz or 120Hz and capping your frame rate to 100FPS or 120FPS, respectively – provided you can maintain that FPS in the game.

There’s also the ViewSonic Strobe Utility software that allows for more customization for advanced users and CRT-like motion clarity fanatics. You can learn more about it here.

Note that backlight strobing introduces flickering, which is invisible to the human eye, but those sensitive to flicker might experience headaches or eyestrain after prolonged use. The backlight is otherwise flicker-free and there’s a low-blue light filter feature.

The OSD (On-Screen Display) menu is well-organized, but the five hotkeys placed at the bottom bezel aren’t as easy to use as a directional joystick which we would’ve preferred. Luckily, you can make all the adjustments related to backlight strobing in the ViewSonic desktop application.

The screen has ultra-thin bezels at the top and at the sides, and it’s covered with a light matte anti-glare coating that eliminates reflections without making the image too grainy.

The ViewSonic XG2431 goes for ~$300, which is the standard price for 1080p 240Hz IPS gaming monitors. Therefore, we highly recommended it since you basically get exceptional MBR performance at no additional cost.

If you don’t intend on using MBR, you might want to consider the Dell S2522HG 1080p 240Hz IPS gaming monitor without backlight strobing, which goes for $250.

Other popular monitors for competitive gaming include the Acer XV252QF (390Hz) and the BenQ Zowie XL2566K (360Hz TN panel with DyAc+).

Now, because it has a higher 360Hz (390Hz OC) refresh rate, the Acer XV252QF offers lower input lag than the XG2431. It also supports backlight strobing, but fast-paced motion is not as clear. So, the choice between the two comes down to your personal preference, but keep in mind that in order to take full advantage of 390Hz, you’ll need to be able to output 390FPS.

The BenQ XL2566K has the fastest response time speed thanks to its TN panel, and its DyAc+ MBR implementation is amazing. However, since it uses a TN panel, you get narrow viewing angles and the colors look washed out in comparison to the XG2431 yet it’s twice the price.

With the ViewSonic XG2431, you get amazing MBR performance out of the box with optional further customization available – and thanks to its IPS panel, you get a bright image quality with vivid colors even while strobing.

It’s also more affordable and has a slightly smaller 23.8″ screen with higher pixel density, which most competitive players prefer.