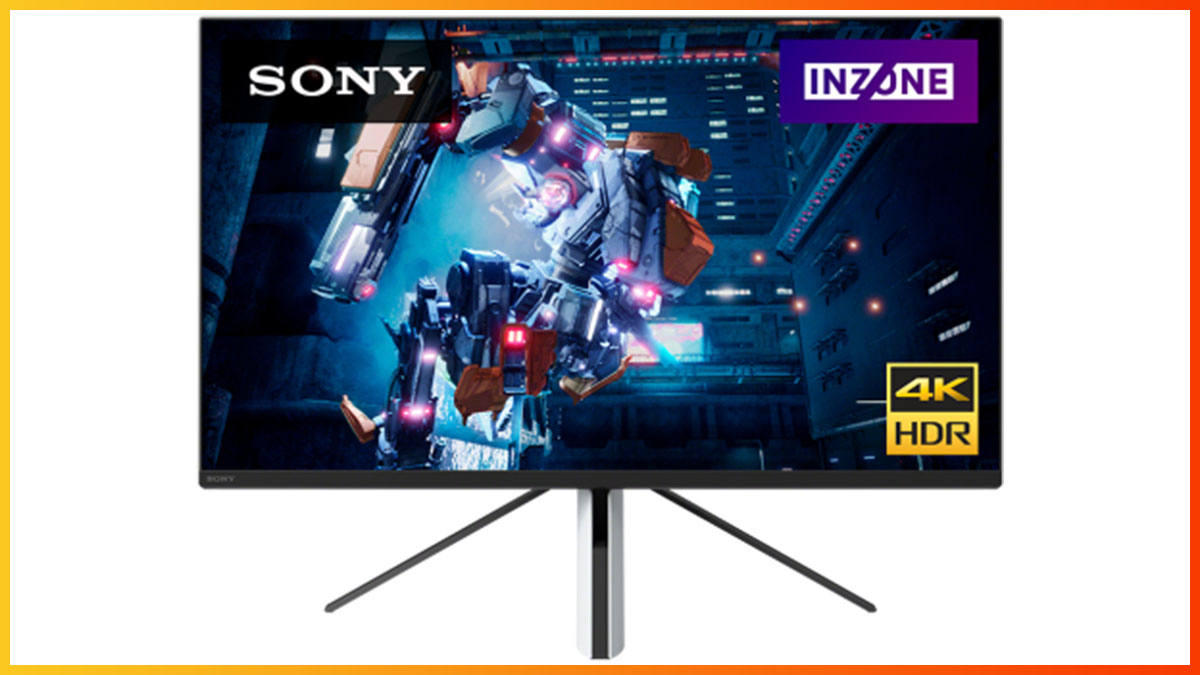 The Sony Inzone M9 is the best high refresh rate 4K HDR gaming monitor currently available under $1,000. However, there are a few upcoming monitors worth keeping an eye on, as well as several slightly more expensive alternatives you should keep in mind.

Sony’s Inzone M9 monitor is based on an IPS panel with a ~97% DCI-P3 gamut coverage (higher than the specified 95%) for vibrant and saturated colors.

This is equivalent to around 130% sRGB gamut size, meaning that certain colors will be over-saturated when viewing regular SDR content made with the sRGB color space in mind.

The Inzone M9 doesn’t have an integrated sRGB emulation mode that would clamp that gamut down to ~100% sRGB in order to provide less saturated and more accurate colors. However, there are workarounds to achieve this on PC with AMD or NVIDIA graphics cards.

IPS technology also boasts 178° wide viewing angles, which ensure that the image brightness, colors, contrast and gamma remain accurate and consistent regardless of the angle you’re looking at the screen.

For the most accurate image quality, make sure you change the default picture preset to ‘Standard.’

Moving on, the 4K UHD resolution provides a high pixel density of 163 PPI (pixels per inch) on the 27″ sized screen of the Sony Inzone M9. As a result, you get plenty of screen space as well as sharp details and text.

Just keep in mind that you will need to apply some scaling in order to make small text readable. By doing so, you will get less screen real estate, but details will be even sharper.

The Sony Inzone M9 has a very strong peak brightness of ~450-nits as well as a low minimum brightness of around ~10-nits, making it suitable for both dark and bright rooms. When watching HDR content, the maximum brightness gets a boost to a bit over 800-nits for punchier highlights.

As expected from an IPS display, the static contrast ratio amounts to around 1,000:1, so you won’t get as deep blacks as that of VA panels which usually have a contrast ratio of around 3,000:1, but they suffer from other drawbacks.

Now, the Sony Inzone M9 has a 96-zone full-array local dimming solution that can dim parts of the screen that are supposed to be dark without greatly affecting parts that should remain bright, effectively further increasing the contrast ratio.

Most monitors with DisplayHDR 600 certification have only several dimming zones (usually between 8 and 32) and are edge-lit, which causes the entire zone to light up even when there’s a small bright object on the screen.

Unless bright and dark objects are really far apart, this type of edge-lit local dimming is often more distracting than useful.

Since the dimming zones on the Sony Inzone M9 are spread across the entire panel, they’re a lot more effective. Alas, there are still only 96 zones.

Even the models with over 1000 zones have some haloing artifacts (caused by the light of a small illuminated object bleeding into the surrounding dimmed zones), so you’re not really getting the true HDR viewing experience with the M9.

Still, it’s a big improvement over no local dimming at all; some scenes will look significantly better, whereas particularly demanding scenes (fireworks, night sky stars, etc.) will be only slightly improved.

The FALD solution also helps minimize IPS glow and backlight bleeding for a more immersive viewing experience, especially in dark rooms. It can be used for both SDR and HDR content.

The Faster mode adds too much overshoot, so it should be ignored.

We recommend sticking with the Fast mode as it prevents trailing artifacts behind fast-moving objects without adding any particularly noticeable overshoot.

However, if you’re gaming at a fixed 60Hz refresh rate, dialing it back to ‘Standard’ will result in less inverse ghosting.

Input lag is low at around 4ms of delay, which is imperceptible.

HDMI 2.1 VRR is also supported for tear-free gameplay on the PS5 and other compatible devices.

The backlight of the monitor is completely flicker-free. There’s no low-blue light mode, though you can use the ‘Warm’ color temperature preset with a low brightness setting for similar results.

At the rear of the monitor, you’ll find a directional joystick for quick and easy navigation through the OSD (On-Screen Display) menu.

Alternatively, you can use Sony’s Inzone Hub desktop application to make all your adjustments via a keyboard and mouse.

The stand of the monitor is sturdy and offers height and tilt adjustment, but pivot and swivel are not supported. The screen is also VESA mount compatible via the 100x100mm pattern.

At the rear of the monitor, there is an RGB LED strip with 13 supported colors (it can also be disabled).

The Sony Inzone M9 goes for $900, which is a good price considering that other 4K 144Hz HDR-600 edge-lit monitors with 16-zone dimming, such as the LG 27GP950, cost the same yet offer a notably inferior HDR image quality.

However, you should keep in mind that the LG OLED48C1 can be found for as low as $800 with even better image quality thanks to its per-pixel dimming and infinite contrast ratio. Of course, a giant 48″ screen is not for everyone, but the 42″ version goes for $1400. So, as far as OLEDs go, we highly recommend the Dell AW3423DW.

Samsung’s Odyssey Neo G7 32″ 4K monitor can be found for as low as $1100 and it offers a much better HDR image quality than the Inzone M9 thanks to its higher zone count (1196, FALD), VA panel with higher native contrast, and stronger peak brightness (over 1,000-nits) provided by the mini LED backlight.

However, not everyone’s a fan of its aggressive 1000R screen curvature.

All in all, the Sony Inzone M9 is an excellent gaming monitor. However, while it does offer a big improvement in HDR over edge-lit monitors with fewer dimming zones, you’re still not getting the true HDR viewing experience provided by OLED displays and mini LED monitors with hundreds or thousands of dimming zones.

Since OLED and mini LED monitors have started becoming more affordable and available, we recommend saving up and waiting for the upcoming models in case you’re interested in the true HDR experience.

If you want a 27″ 4K 144Hz gaming monitor with decent HDR image quality right now, the Inzone M9 is definitely the best option for under $1,000.