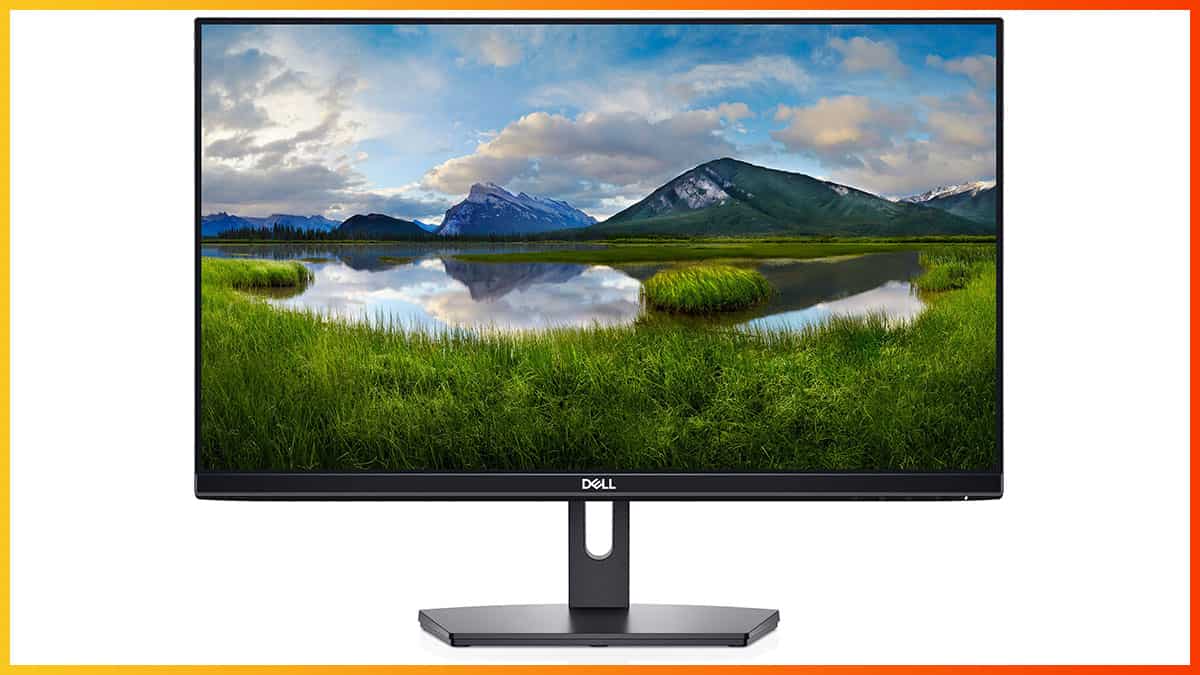 The Dell SE2419HX is a budget 24″ monitor with 1080p resolution and an IPS panel for rich colors, wide viewing angles, and crisp image quality. However, it’s missing some important features that are available in similarly-priced alternatives, such as FreeSync, 75Hz, and stand ergonomics.

The Dell SE2419HX is a budget 24″ monitor with the standard Full HD resolution and an IPS panel for consistent colors and wide viewing angles. In this review, we’ll see how it performs and how it compares to similarly-priced alternatives.

The Dell SE2419HX has an HDMI cable in the box, while the non-X version has VGA.

There’s also the Dell SE2419HR variant, which is the same monitor but with added AMD FreeSync support (48-75Hz range) over HDMI.

Finally, it shouldn’t be confused with the Dell S2419H model with a glossy screen surface.

The main selling point of this monitor is its IPS (in-plane switching) panel, which delivers rich and vivid colors.

Further, thanks to the wide 178° viewing angles, the image won’t shift in brightness or contrast while the colors remain consistent when viewed at an angle.

The Dell SE2419HX has a specified color gamut of 72% NTSC, which is equivalent to ~100% sRGB gamut size. sRGB is the most common color space, and most games, applications, and web content use it.

This is expected from a budget monitor and the colors are more than accurate enough for casual everyday use and gaming. You can even do some basic content creation, but if you’re serious about color-critical work, you’ll need a monitor with ~99% sRGB gamut coverage and a dedicated factory calibration at Delta E < 3 or lower.

8-bit color depth is supported for 16.7 million colors via dithering (6-bit + 2-bit FRC), which is standard for IPS monitors at this price range and shouldn’t bother most users.

The Dell SE2419HX monitor has a peak brightness of 250-nits. It gets bright enough under normal lighting conditions, but if you plan on using the screen next to a big window with no blinders or curtains, it might be too dim at its maximum brightness.

The static contrast ratio amounts to 1,000:1, as expected from IPS monitors. Blacks appear somewhat gray in comparison to VA panel displays with a higher ~3,000:1 contrast ratio, but these panels have other disadvantages, such as narrower viewing angles and usually slower pixel response time speed.

IPS monitors also suffer from IPS glow. It’s characterized as visible glowing around the corners of the screen that’s mostly noticeable in dark scenes while watching the screen in a dark room with high brightness.

The amount of IPS glow varies across different units of monitors but in all except the most extreme cases, it’s manageable.

This means that you’ll get a fair amount of screen real estate as well as reasonably sharp details and text.

Around this price range, you might also be tempted to get the 27″ version of this monitor, the Dell SE2719H. However, note that since it has a larger screen but the same resolution, it will have fewer pixels per inch (81 PPI) making the image more pixel-y.

The Dell SE2419HX has low input lag of around 10ms, which means that you won’t be able to notice or feel any delays.

There are two response time overdrive modes: Normal and Fast.

The ‘Fast’ mode makes the pixels transition from one shade of gray into another a bit faster, but it can introduce overshoot.

We recommend using the ‘Normal’ default mode as it results in no prominent trailing behind fast-moving objects, without adding overshoot.

Due to the monitor’s low 60Hz refresh rate, it will most likely repulse most gamers. It should be possible to manually overclock the monitor to 75Hz via a custom resolution, though your mileage may vary depending on the unit.

Still, for those aiming ~60FPS at 1920×1080 in most video games, it’s a decent monitor for gaming, though there are better alternatives at this price range.

The ASUS VA24DQ, for instance, offers a higher 75Hz refresh rate and supports AMD FreeSync over both HDMI and DisplayPort for tear-free gameplay with compatible GPUs.

Since the Dell SE2419HX doesn’t use PWM (Pulse-Width Modulation) to regulate brightness, its backlight is flicker-free. So, those sensitive to flickering will be able to use the monitor for extended periods of time without getting headaches or eye strain.

There are four hotkeys next to the power button at the right side of the monitor, beneath the bottom bezel.

The hotkeys are used for OSD (On-Screen Display) menu navigation, and two of them can be assigned to different shortcuts (picture presets and brightness are set as default).

You’ll also find all the standard image adjustment tools, such as brightness, contrast, sharpness, aspect ratio (16:9, 4:3, 5:4), and input source selection (including automatic source detection). You can also adjust hue/saturation under the ‘Movie’ or ‘Game’ modes.

Other settings include Color Format, which we recommend leaving at ‘RGB’ and Dynamic Contrast, which should be left at ‘Off’ for the optimal image quality.

The Dell SE2419HX has ultra-thin bezels at the top and at the sides, but its stand is tilt-only (-5°/21°). The screen has a matte anti-glare coating that prevents reflections, but it lacks VESA mount compatibility.

Connectivity options include one HDMI 1.4 input and one VGA port. There’s no headphone jack, built-in speakers, or USB ports.

We recommend checking out the ASUS VA24DQ instead. It should be available at the same price yet it has a 75Hz refresh rate, FreeSync support, a DisplayPort input, a headphone jack, built-in speakers, and VESA mount compatibility.

If you enjoy fast-paced games, we highly recommend saving up ~$50 more for a 144Hz gaming monitor, such as the AOC 24G2.

While the Dell SE2419HX offers overall good image quality and performance for the price, it’s missing some important features that are available in similarly-priced alternatives.