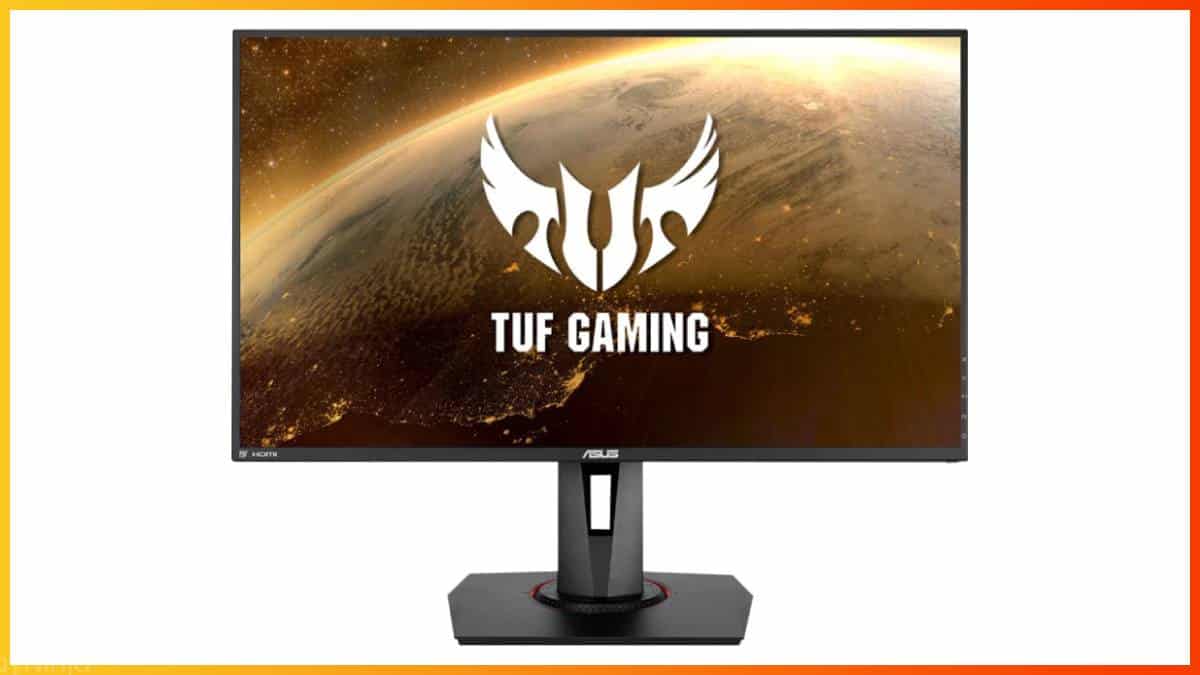 The ASUS VG279QM is one of the fastest gaming monitors available thanks to its 280Hz overclockable refresh rate. However, this doesn’t provide a big difference over other 240Hz models – some of which offer more noticeable advantages such as a higher pixel density or better MBR performance.

Still, the monitor offers a buttery-smooth performance that works flawlessly straight out of the box, along with vibrant colors and plenty of extra features.

The ASUS VG279QM is yet another gaming monitor based on the 1080p 240Hz IPS panel by AU Optronics, however, what makes this monitor stand out from the crowd is its factory-overclockable 280Hz refresh rate and ASUS’ unique ELMB-Sync technology which allows you to simultaneously run VRR and MBR!

In terms of image quality, the ASUS TUF VG279QM is not different from other models that use the same panel with a 400-nit peak brightness, a 1,000:1 static contrast ratio, 178° viewing angles, 8-bit color depth, and 99% sRGB gamut.

Overall, you get a bright picture quality with vivid and consistent colors, and the picture won’t shift in color, contrast, or brightness regardless of the angle you’re looking at the screen.

However, many people will find the 27″ sized screen of the monitor to be too big for its 1920×1080 screen resolution.

For games, watching movies, and other multimedia use, the low pixel density will be acceptable to most users as you can just sit a bit further from the screen in order to make the individual pixels less distinguishable.

For a noteworthy HDR viewing experience, a monitor would need a much higher brightness and contrast as well as a wider color gamut and local dimming, so HDR content won’t look any better on this monitor.

You can just ignore HDR on this monitor as it doesn’t improve the picture quality nor increase the monitor’s price, which is the case for most DisplayHDR 400 monitors.

In spite of its low pixel density and meaningless HDR support, the picture looks great on the ASUS VG279QM thanks to its vibrant and accurate colors, good peak brightness, and wide viewing angles.

The ASUS VG279QM input lag performance is impressive, with just around 2ms of delay, which is imperceptible.

Its pixel response time performance is very good, as well.

There are six response time overdrive modes that you can change by using the TraceFree feature found in the OSD (On-Screen Display) menu of the monitor; modes scale from 0 to 100, in increments of 20.

For the best performance and the least amount of ghosting and overshoot at 280Hz, you should set TraceFree to ’80’ as ‘100’ introduces a lot of inverse ghosting.

Some pixels transitions here and there may not make it in time, but this isn’t noticeable in real use unless you are really looking for it by using various tests that are meant to highlight these artifacts.

Since TraceFree at 80 is more suited for 280Hz, there will be some overshoot at 240Hz. So, we recommend just running the monitor at 280Hz.

When playing more demanding games at around 100FPS-144FPS with FreeSync enabled, you should dial back the overdrive to ’60’. And at 60Hz/FPS, you should set TraceFree to ’40’ for optimal performance.

AMD FreeSync is supported with a 48-280Hz VRR (variable refresh rate) range, and NVIDIA certified the monitor as ‘G-SYNC Compatible’ for flawless performance without any tearing, stuttering, or flickering.

At the time of this writing, only a few ASUS’ gaming monitors can simultaneously run VRR (either FreeSync or G-SYNC Compatible) and MBR (Motion Blur Reduction).

MBR uses backlight strobing to eliminate trailing behind fast-moving objects for better motion clarity. By doing so, however, it sacrifices screen brightness.

ASUS calls their MBR technology ‘Extreme Low Motion Blur’ or ELMB while ELMB-Sync allows ELMB and FreeSync to be enabled at the same time.

For the best performance while strobing, your frame rate should be as close as to the monitor’s refresh rate as possible.

This is why combining VRR with strobing is ideal, at least in theory.

In order to avoid strobe crosstalk, a 240Hz gaming monitor would need to strobe at a lower refresh rate, usually at 100Hz, 120Hz, or 144Hz.

When ELMB and ELMB-Sync are enabled, the ASUS VG279QM is locked to an overdrive mode that corresponds to setting TraceFree to ’80’, which is too aggressive for lower refresh rates.

As a result, you will get visible overshoot while strobing below 200Hz.

While strobing above 200Hz, overshoot is reduced the higher your FPS/Hz is, but it will be difficult to constantly maintain such a high frame rate, thus resulting in strobe crosstalk or duplicate images.

While ELMB/ELMB-Sync is enabled, the monitor’s maximum brightness peaks at around 200-nits.

We also reviewed the ViewSonic XG270, which features the ‘Blur Busters Approved’ certification for its PureXP backlight strobing technology.

While PureXP cannot run at the same time as VRR, it offers a significantly smoother motion clarity when strobing at 120Hz with no ghosting or overshoot and with minimal strobe crosstalk (much less than on the VG279QM).

So, if you want the best backlight strobing performance for CRT-like motion clarity, we recommend checking out the ViewSonic XG270.

In case you just want to game with VRR or with uncapped frame rates, the ASUS VG279QM will suit your better.

Other features include ASUS’ standard GamePlus utilities, including custom crosshairs, an FPS/Hz tracker, on-screen timers, display alignment, and the new Sniper feature, which puts a dot in the middle of the screen and zooms in a small area around it for increased precision.

You’ll also find the overclocking option in the OSD menu as well as Shadow Boost (improves visibility in darker games), a low-blue light filter, and other standard adjustments such as contrast/brightness, color temperature, saturation, etc.

The OSD menu is well-organized and easy to work with thanks to the 5-way joystick placed at the back of the monitor along with three extra hotkeys and a power button.

Lastly, the monitor is completely flicker-free (unless ELMB/ELMB-Sync is enabled) as it doesn’t use PWM (Pulse-Width Modulation) to regulate brightness.

The screen has a light anti-glare coating that removes reflections but doesn’t make the picture appear grainy.

If you want the best MBR performance, we recommend going with the ViewSonic XG2431. It goes for $330, offers a high pixel density and has exceptional backlight strobing implementation.

All in all, the ASUS VG279QM is a great monitor for competitive gaming, but there are better alternatives at this price range.