Home » Knowledge Base » SSD vs HDD For Gaming – Which Should I Choose?

SSD vs HDD For Gaming – Which Should I Choose?

While an SSD (Solid State Drive) makes launching and loading times in video games significantly faster than an HDD, it will not improve the gameplay performance itself. However, we still highly recommend getting an SSD as it will make your OS run a lot faster, and you will still have enough space left for your favorite game or two for faster loading.

When it comes to SSD vs HDD gaming performance, you won’t get any extra FPS (Frames Per Second) or better graphics by installing a game on an SSD as opposed to the HDD, but you will get a lot faster loading time for games with heavy-load textures and maps. 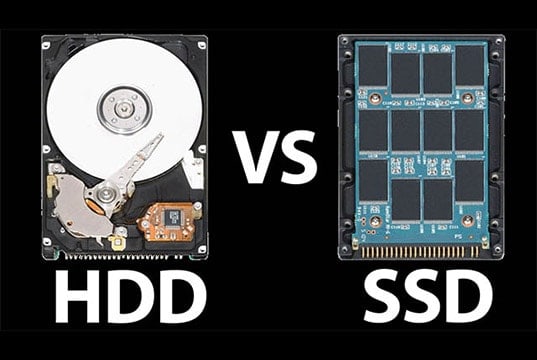 In WoW, for example, loading into a highly populated city, Dalaran, can take up to two minutes. Getting a faster CPU or GPU won’t speed up the loading screen, but installing the game on an SSD will – and up to 10 times.

In certain multiplayer games without start timers such as Left 4 Dead 2, you can actually get in the game faster and therefore be at an advantage against your opponents. Most competitive games, however, will have a start timer.

Installing Games On SSD or HDD?

The most common way of utilizing your drives is to use an SSD for your OS, heavy-load intensive applications such as PhotoShop, your web browser, and a few favorite games (depending on how big SSD you can afford) and then, a separate HDD for storage.

The SSDs have limited longevity in terms of how many times you can write/read data on it. Therefore, it’s not recommended to just keep installing and then deleting video games frequently as you’re done with them. Instead, you should only keep your favorite games on the SSD and thus preserve its lifespan.

Nowadays, there are 4TB and larger SSDs available on the consumer market, but due to the hefty price tag, very few can afford it even though the prices of SSDs have remarkably dropped over the years. Luckily, they will most likely continue to become cheaper and larger as time goes by. 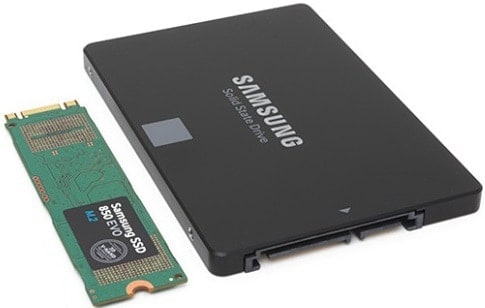 In short, there are two main versions of SSDs that you should know of. The SATA 3 SSD is the cheaper variant but it’s limited by the SATA 3 bandwidth which maxes out at 550-600 MB/s. The latest M.2 SSDs are connected via the PCIe lanes and as such offer a much faster speed of ~2100 MB/s, but are also more expensive.

Although significantly faster, an M.2 PCIe SSD is only slightly faster (by 1-2 secs) than a SATA 3 SSD when it comes to OS and application boot/load times. Therefore, we don’t recommend getting an M.2 SSD unless you are frequently moving large files for professional purposes.

Overall, you should definitely have an SSD in your system. You should have at least a 120GB SSD for your OS, a few apps, and a favorite game as it will make everything installed on it load dramatically faster. For MMORPG games such as WoW, it’s definitely worth it. More SSD space means you can put more games on it.

Now, getting a larger or an extra SSD exclusively for gaming isn’t particularly cost-effective unless you don’t have anything else to spend your money on regarding your next PC upgrade or if you really, really want to cut out the loading times in all of your games.