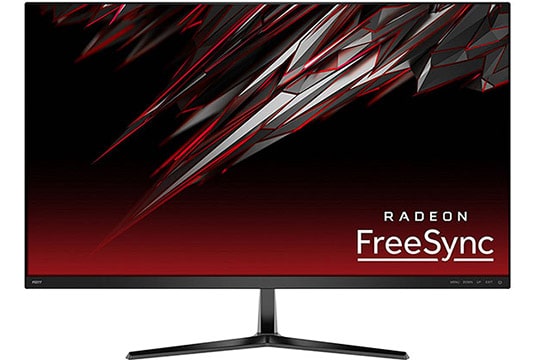 There any many different 27″ 1440p 144Hz IPS gaming monitors available on the market. For most people, this combination of specifications delivers the ideal gaming experience, and we can certainly see why.

The Pixio PX277 is one of the cheapest such models available, yet it offers AMD FreeSync with a wide dynamic range, a slim bezel-less design, and additional useful gaming features.

Keep in mind that this review is of the 2017 model Pixio PX277, not the older model from 2016, which goes by the same name and is now discontinued.

First of all, the 2560×1440 resolution on 27″ sized screens ensures vivid details and plenty of screen real estate thanks to the rich pixel density of 108.79 pixels per inch.

The colors are vibrant and consistent, covering a bit over 96% of the sRGB color space, meaning that you won’t be able to use the screen for color-critical work. Still, the image is crystal-clear with vivid colors nonetheless.

Now, the response time speed of 6ms is slightly higher than the usually-advertised 4ms of specific modern IPS panels, but in reality, there’s hardly any ghosting of fast-moving objects noticeable.

Of course, if you want as little ghosting as possible, you should go with a TN panel monitor instead, but then you’d lose on color quality and viewing angles.

We didn’t run into any defects, such as excessive IPS glow or dead pixels. The screen is flicker-free and has a low blue light filter, so it won’t cause you headaches or eye fatigue even after longer use.

At 144Hz, gaming feels considerably more responsive and immersive as opposed to the standard 60Hz displays, which in addition to the striking colors and crisp details, ensures an overall flawless gaming experience.

One of the more impressive features of the Pixio New PX277 27-inch monitor is AMD FreeSync; more precisely, its wide dynamic range of 30Hz to 144Hz given that FreeSync monitors usually have a more limited range of around 40-144Hz or 48-144Hz.

If you have a FreeSync-compatible GPU connected to a FreeSync monitor, the refresh rates and frame rates become synchronized – similar to how V-SYNC works.

However, instead of waiting for GPU’s frame rates, the monitor changes its refresh rate dynamically, thus eliminating the awful screen tearing and stuttering without introducing input lag.

To clarify Pixio’s misleading information on the product webpage (pictured below), note that the Pixio PX277 FreeSync range amounts to 30-144Hz over the DisplayPort, but FreeSync is not supported over HDMI.

Other Pixio PX277 gaming features include the ‘LOS’ customizable crosshair overlays and Game Timer, which places a timer on the screen for tracking cooldowns, pizza deliveries, and whatnot.

There’s also an FPS and RTS picture preset with optimal settings for these gaming genres in addition to Standard, Photo, Movie, and one customizable preset.

There are no Picture in Picture and Picture by Picture modes while the Pixio PX277 color settings include color temperature presets, and red, green, and blue color adjustments for calibration.

Enabling the OverDrive setting increases the response time speed of the monitor from 12ms to the advertised 6ms. It’s also vital to note that FreeSync and OverDrive can be enabled at the same time. So, you won’t be limited to 12ms response time when you turn on FreeSync. 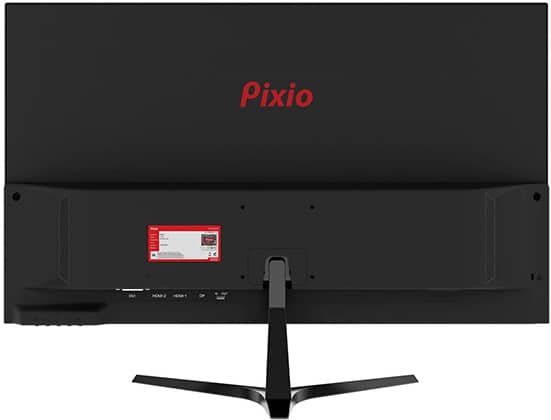 Unlike the older Pixio PX277, the new model boasts a slim design with ultra-thin bezels for a more cinematic viewing experience. The chassis is matte plastic, and there’s a matte screen coating that prevents reflections. Alas, the screen is tilt-only, but there’s a 75 x 75mm VESA mount pattern.

While it was one of the cheapest 1440p 144Hz IPS monitors available back in the day – nowadays, you can find a lot better models for the same price, such as the LG 27GL83A with a faster 1ms GtG response time, among other things.